England midfielder Jude Bellingham is on the lookout for the Three Lions fan who missed out on getting his matchworn shirt following the 10-0 win over San Marino.

Television cameras captured the 18-year-old midfielder throwing his shirt to a group of fans holding a Birmingham City flag.

Bellingham came through the ranks at Birmingham and retains a soft spot for the Blues, which made him oblivious to the young fan a few seats down who was holding a poster asking for the teenager’s England shirt. 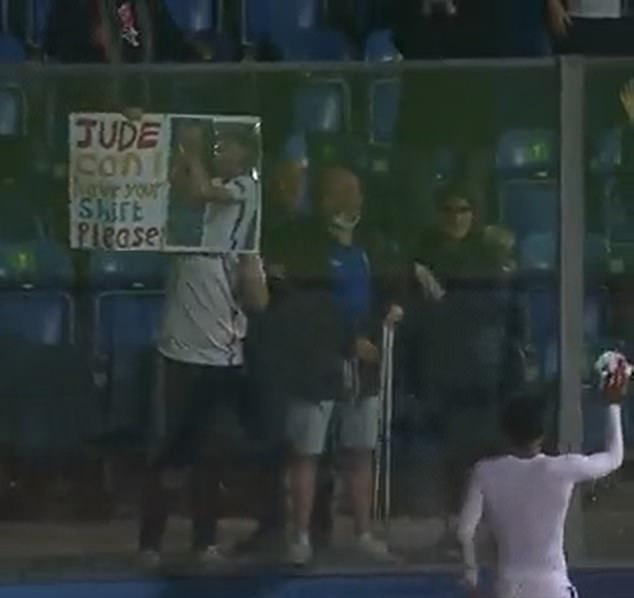 Birmingham even retired Bellingham’s squad number when he left for Germany, such is his strong ties to the club.

The heartbroken fan and the Birmingham fans were a matter of seats apart and the Borussia Dortmund ace has since taken to social media to apologise, as well as offer up an alternative if the snubbed fan reveals himself.

Bellingham tweeted: ‘Sorry, Was too focused on the blues flag. Can we find him so I can sort him my @BVB one from this coming weekend?’

Many people quickly saw an opportunity and began falsely coming forward as the fan in the video. 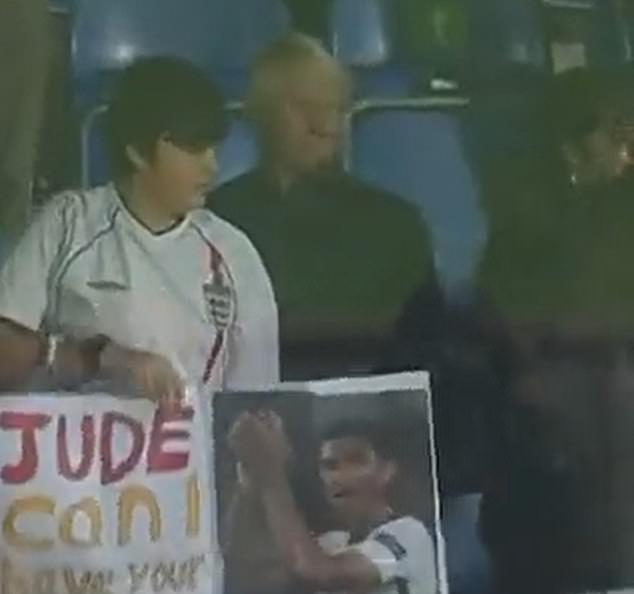 But soon the identity of the fan became clear and Harley, as he was named on Tuesday, is now in line to get hold of Bellingham’s match-worn shirt from this weekend’s match between Dortmund and Stuttggart.

There has been a rise in young fans jockeying to get hold of shirts from their favourite players.

A young girl ran on to the pitch during a Portugal match recently to approach Cristiano Ronaldo and ask for his shirt, which he duly gave her.

Prior to that a young Tottenham fan gatecrashed their Europa Conference League match against Vitesse to approach Harry Kane for his shirt.

It later emerged on social media that Tottenham had confiscated the Kane shirt from the young fan and the furious father has since deleted his tweet criticising the club amid a backlash from other fans. 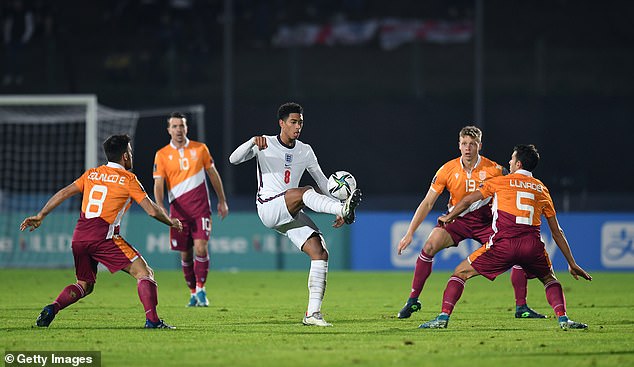 Bellingham’s case was much more unfortunate as he simply didn’t spot the fan and his banner as he approached the travelling Birmingham fans.

He played 90 minutes for Gareth Southgate’s side in the 10-0 win which sealed their place at the 2022 World Cup.

The teenager was also unlucky to not get himself on the scoresheet for his first senior England goal.

Bellingham found the back of the net during the contest but saw his strike later ruled out by VAR.