Real Madrid stars Karim Benzema and Vinicius Jr mocked Barcelona on social media after their rivals were beaten by Bayern Munich in the Champions League.

The Catalan giants suffered their first defeat of the season thanks to second-half goals from Lucas Hernandez and Leroy Sane on Tuesday night.

Benzema and Vinicius appeared to take great amusement out of Barcelona’s misfortune – not wasting much time before appearing to post digs at the Catalan side on their respective Instagram accounts. 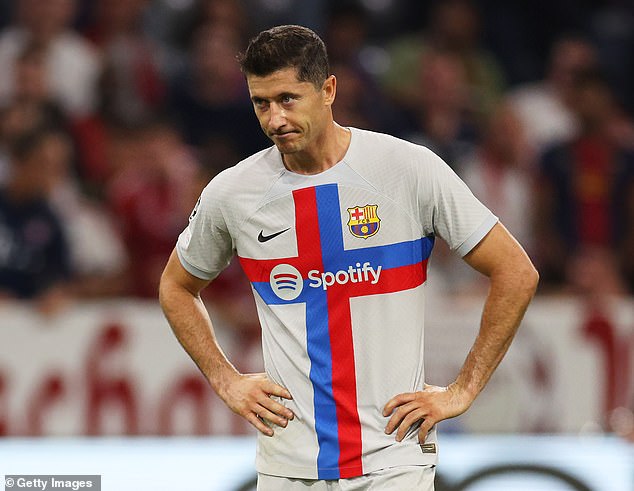 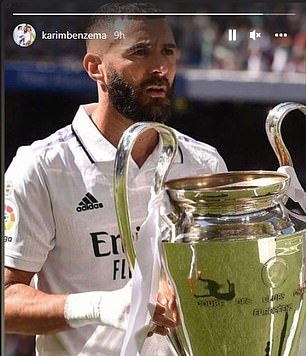 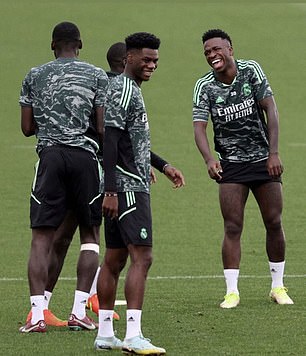 Moments after Barcelona’s loss, Karim Benzema posted a photo holding the Champions League trophy while Vinicius Jr shared a photo where he is laughing alongside his team-mates

The French striker posted a picture holding the Champions League trophy after their 1-0 victory over Liverpool in last season’s final.

Benzema cheekily captioned the photo with the caption: ‘Good night’.

Vinicius Jr, who scored the winning goal against Liverpool in Paris, also put a picture out on his Instagram story just moments after the final whistle.

The image shows him laughing alongside his team-mates in training – a very timely photo given that their rivals had just suffered their fifth consecutive defeat to the Bundesliga giants in the competition since the 2014-15 season.

To Barcelona’s credit the much-transformed Spanish giants put on a better fight against Julian Nagelsmann’s side, after conceding 14 goals in the last three matches between the two teams – including their famous 8-2 defeat two years ago. 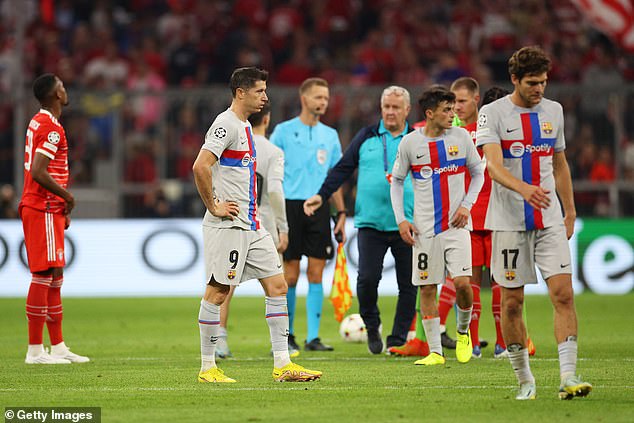 Xavi’s side had their chances to open the scoring at the Allianz Arena on Tuesday, with former Bayern striker Robert Lewandowski squandering his chances to put the Catalan side in front.

Bayern kicked up a gear in the second-half, taking the lead through Hernandez who headed in from a Joshua Kimmich corner.

They doubled the lead just four minutes later, when ex-Manchester City star Sane burst through after being played through by Jamal Musiala and knocking the ball past Marc-Andre ter Stegen.

Barcelona boss Xavi made his frustration known at full-time, claiming his team were the better side. 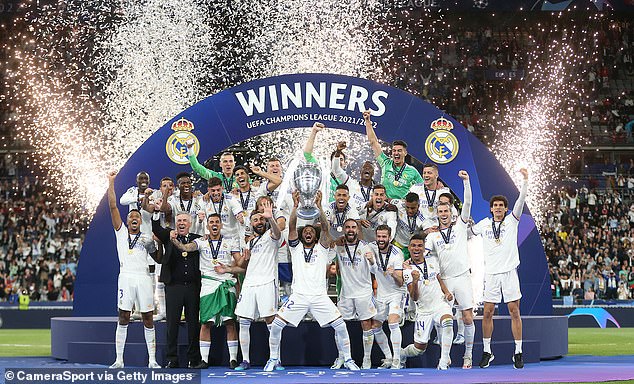 ‘The process was good, but the result was bad. It was a golden opportunity to win at this stadium, and we leave with a defeat. I’m p*ssed off.’

He went on to add: ‘We can’t let them off the hook so much. I’m leaving here pretty hacked off because this was a night to win. But I’m also feeling proud of the team.

‘However it’s about winning and we’ll need to compete better in crucial moments like the two goals and to be more effective when we create chances.

‘No way should our rival be allowed to score from a failure of marking at a corner when we have the match under control. Or to score down the middle on a counter attack. We must learn from these mistakes.’