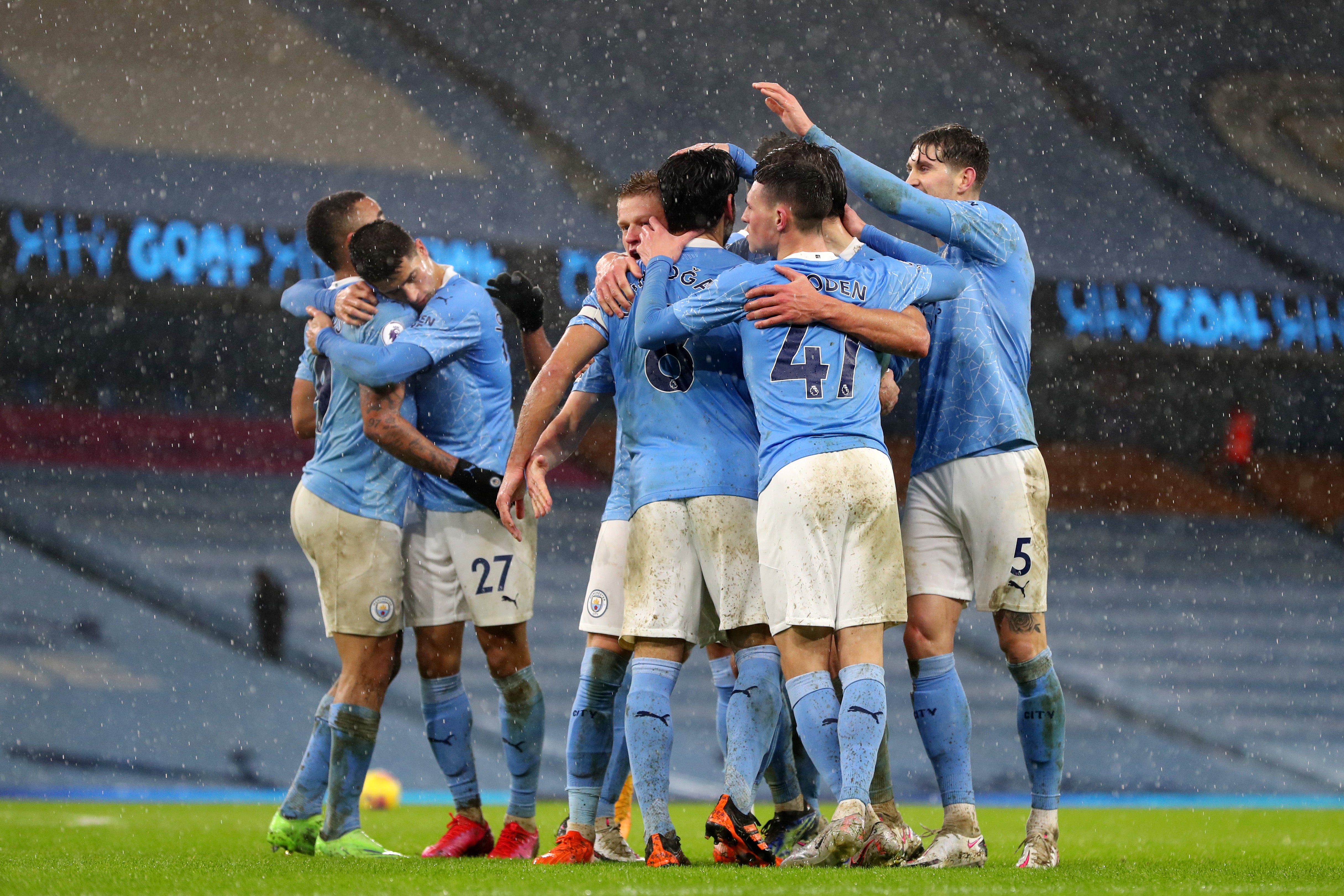 Villa, clearly, are no pushovers and have realistic designs on a top-four finish. Bertrand Traoré reminded City of that at the start of the second half, breaking quickly from a cleared corner, stepping inside and forcing a one-handed save out of Ederson.

It was around this point that the contest began to pick up a breathless, relentless pace, one that De Bruyne could no longer handle. Minutes after combining brilliantly with Joao Cancelo, only for the full-back to clip the crossbar, he signaled he had to come off.

With a shake of the head and a pat on the back by Guardiola, City’s creator-in-chief walked straight down the tunnel, leaving his team-mates to break Villa’s resistance down themselves.

They would have to show patience. Ilkay Gundogan – clinical of late, with three in his last five – spurned a pair of chances in the space of a minute, hitting Martinez when given a clean sight of goal then finding the goalkeeper again with his header from the resulting corner.

City’s frustrations were growing but relief was near. For once, Mings failed to adequately deal with a ball dropping out of the sky, cheating and turning straight into Rodri, who was coming back into play from an offside position.

With possession stolen, a simple lay-off to Bernardo had City on the attack again but there was still much to do. Crowded out by retreating Villa defenders, Bernardo shifted to create a yard of space then bent a strike out of Martinez’s reach and inside the far post.

While City celebrated, it was Smith’s turn to grow frustrated. He and his players wanted VAR to overturn the goal on the grounds of Rodri’s positioning. Smith’s refusal to accept any other outcome led to dismissal from the touchline.

Cash was then penalised in stoppage time for handling a Gabriel Jesus header, with Gundogan converting from the spot. This was never as comfortable a win as the scoreline suggests, though in this widest of title races, yet another three points is all that counts.