He never misses: Big basketball fan Kylian Mbappe is pictured at the NBA draft after being videoed honing his craft on an arcade-style hoop machine ahead of one of the most significant night’s in the sport’s calendar

Kylian Mbappe has been photographed at the NBA draft ahead of one of the biggest night’s in the sport’s calendar.

The PSG star, who is known to be a big basketball fan, was photographed at the Barclays Centre in Brooklyn, New York after being videoed honing his craft on an arcade-style hoop machine.

Mbappe joined basketball royalty at the Barclays Centre in attending the glamorous gala in which some of the sport’s most talented young players finally see their dreams realised. 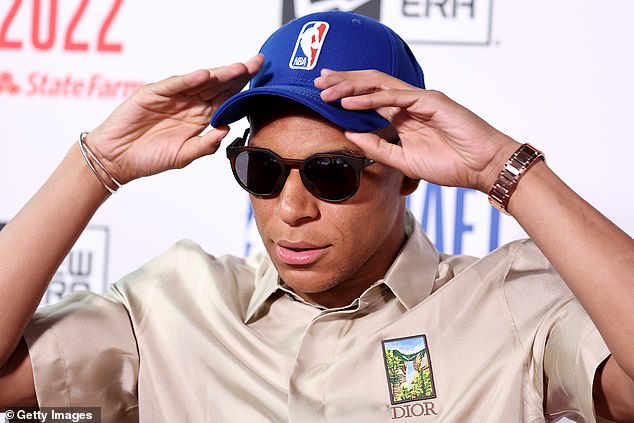 Prior to the draft, fans on social media got to see a glimpse of the PSG forward’s ability with his hands.

Posting footage of himself shooting some hoops, Mbappe captioned the clip ‘Ready for the NBA draft’.

One of the Frenchman’s club team-mates, Eric Ebimbe, joked in a reply that the forward would be the first pick. 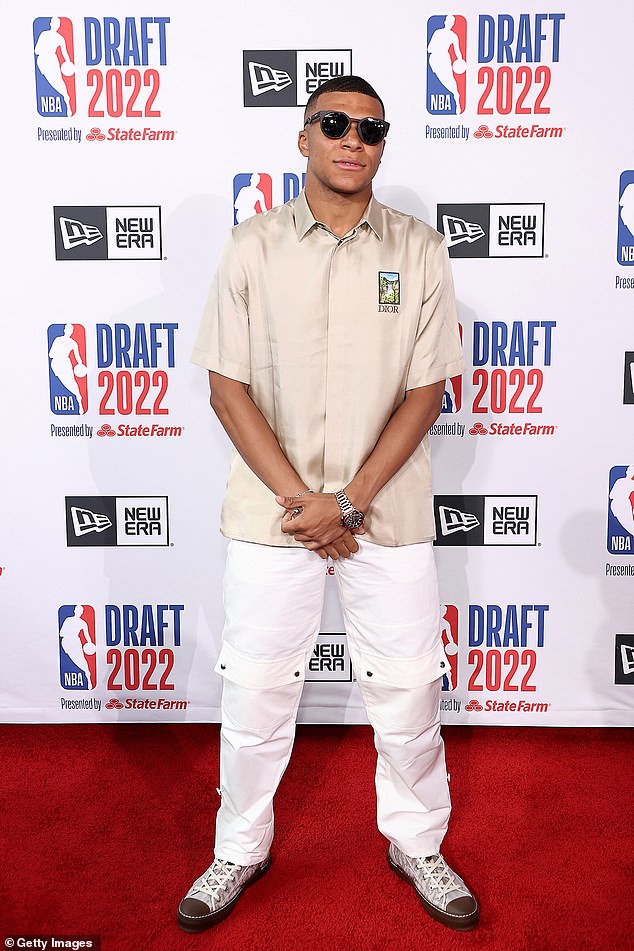 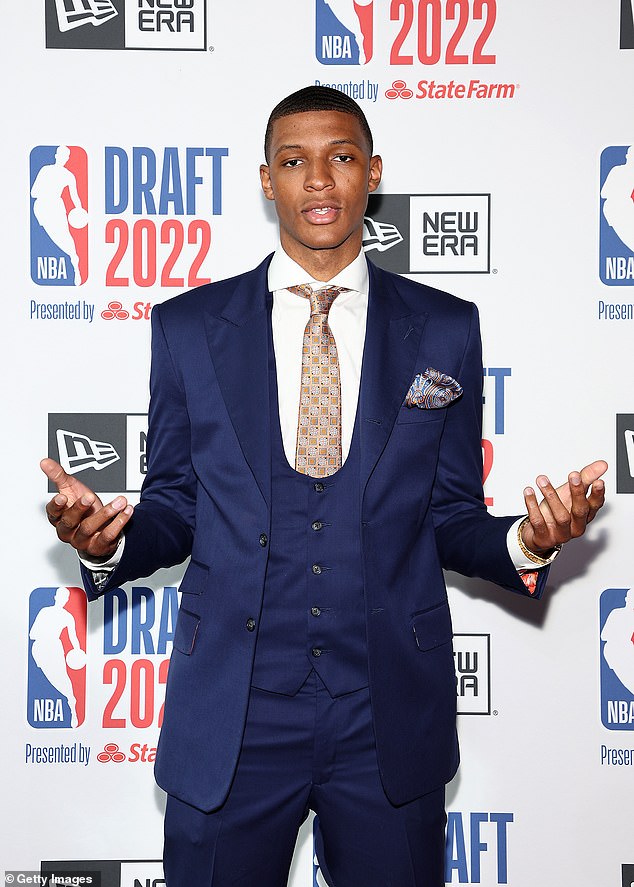 It is not the first time that the young Frenchman has been spotted rubbing shoulders with the great and the good from the basketball world, with the PSG forward having previously been photographed alongside the likes of Lebron James.

Mbappe and James, who are said to be close and follow each other’s careers, linked up in 2018 while the basketball superstar was on his ‘More Than An Athlete’ world tour.

Meanwhile, the draft itself was set to kick off at around 1am BST.

It is expected that Jabari Smith Jr., of Auburn, Alabama, will be the first pick with the Orlando Magic said to have identified him as their best bet.

Chet Holmgren, a 7ft point forward from Gonzaga University, is thought to be the likeliest to go second with Oklahoma Thunder possessing that pick. 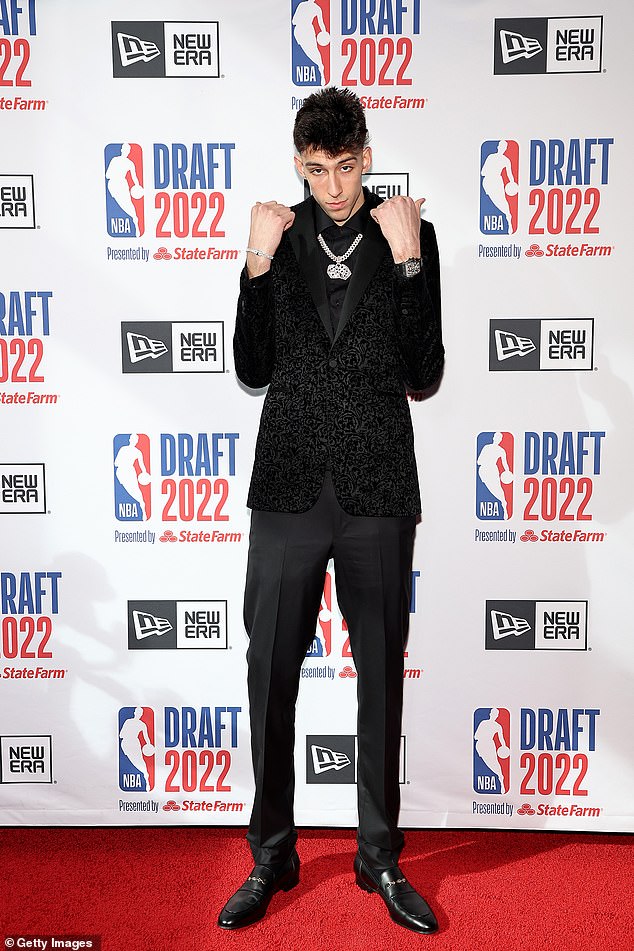 Chet Holmgren, a 7ft-tall point forward, could rival Jabari Smith for the number one pick slot