Report and highlights from the Sky Bet Championship clash between Birmingham and Bristol City at St Andrew’s as goals from Kasey Palmer, Antoine Semenyo and Callum O’Dowda saw the Robins ease to victory

Birmingham’s relegation worries deepened as they were beaten 3-0 by Bristol City amid fan protests ahead of the match at St Andrew’s.

After Scott Hogan hit the post twice for Birmingham, Nigel Pearson’s side exploited defensive mistakes that allowed Kasey Palmer and Antoine Semenyo to score either side of half-time before substitute Callum O’Dowda made it 3-0.

Before the game, there was a minor protest from Birmingham fans driving a van around the city and St Andrew’s.

The demonstration was aimed at owners Trillion Trophy Asia and chief executive Xuandong Ren, rather than head coach Aitor Karanka. 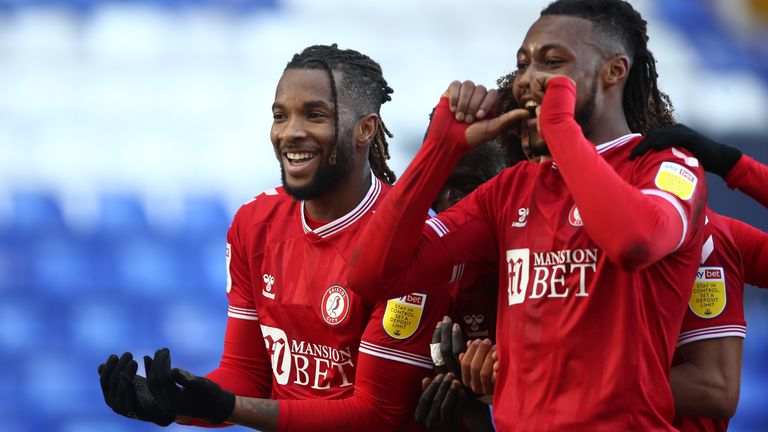 Defeat for Blues was their 12th at home in the Championship this season, the joint-most of any team in the EFL along with Southend in League Two.

Blues remain three points above the relegation zone but Rotherham, whose home game against Coventry was postponed, have three games in hand and a better goal difference.

Victory for Bristol City boss Pearson continued his record of never losing to Birmingham as a manager in six meetings.

The visitors created two chances in the first five minutes.

For the first, Blues captain Harlee Dean deliberately ducked out of a header, thinking the ball was going to run to goalkeeper Neil Etheridge.

But it failed to carry enough power and striker Famara Diedhiou was on to it, only to rush and blaze high over the bar when he had time to have taken the ball on further.

Semenyo was next to test the Blues defence, finding himself clean through only to pass when he could have shot and Maxime Colin cleared.

Blues then went desperately close to a breakthrough. Jeremie Bela’s mis-hit shot ended up presenting Hogan with an opening, only for the striker to hit the post with a deflected shot.

Hogan hit the post again in the 34th minute, glancing against the foot of the woodwork from Bela’s cross.

Bristol City made them pay within 60 seconds. Palmer dispossessed Rekeem Harper in midfield and raced away between Colin and Marc Roberts before drawing Etheridge and calmly sidefooted the ball home.

Palmer went close with the first effort of the second half when his inswinging corner had to be tipped away by Etheridge.

Semenyo made it 2-0 when Etheridge’s clearance cannoned off him and bounced into the unguarded net after Kristian Pedersen left the goalkeeper short with a backpass.

O’Dowda scored within 60 seconds of replacing Nahki Wells, rolling the ball past Etheridge after getting the wrong side of Roberts and latching on to Palmer’s short pass, to seal a resounding win.