Martin Braithwaite ‘is being chased by West Ham, Brighton, Burnley and Norwich’ after impressing for Denmark at Euro 2020 with Barcelona striker ‘told he will have no minutes’ after Sergio Aguero and Mephis Depay arrivals

Barcelona misfit Martin Braithwaite has been told he will not feature for the club this season, with four Premier League clubs chasing his signature, according to reports from Spain.

Braithwaite was signed as emergency cover up front after a spate of injuries in 2019-20, and the Danish forward has never proven to be a key member of the squad at the Nou Camp – with Barca now likely to cash in on him this summer.

And according to Diario Sport, he is now being tracked by West Ham, Burnley, Brighton and Premier League newcomers Norwich after watching his impressive displays for Denmark at Euro 2020. 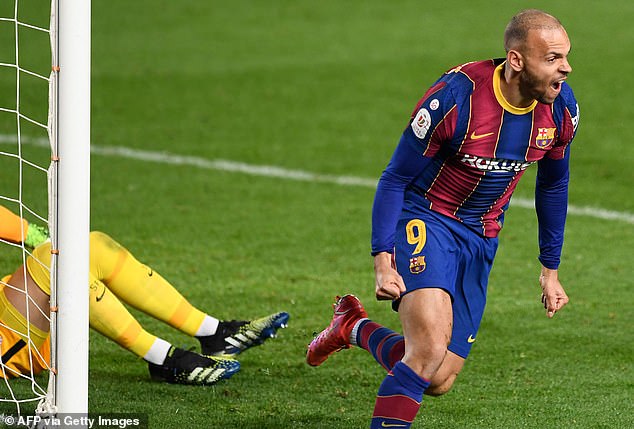 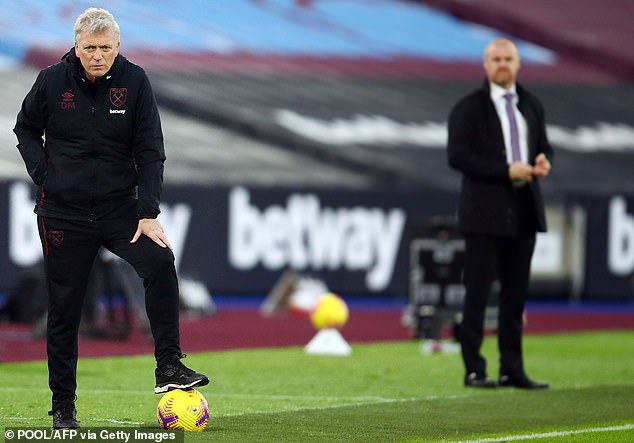 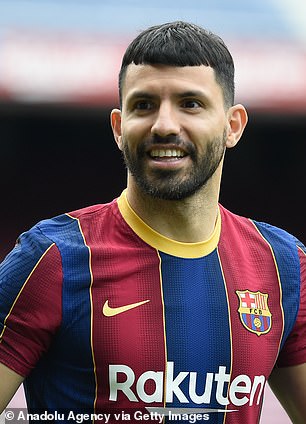 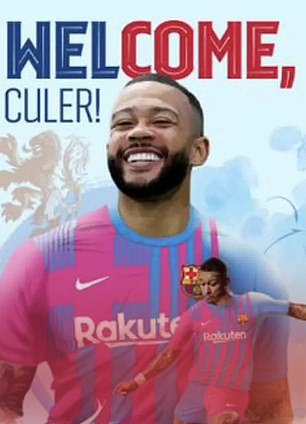 The 30-year-old, who has started every game of the tournament for his country and helped the team reach the last-16 after a 4-1 win over Russia, has already been told by Barcelona that he will ‘have no minutes’ next season after the club signed Sergio Aguero and Memphis Depay, the report adds.

The four English teams have already asked about his situation having watched his ‘good showcase’ at the Euros, it says, while there is said to be another offer on the table from Russia – with Barcelona opening talks with the unnamed club.

It claims he had hoped to fight for his place in the squad, but with the club making clear their stance on his future, they will now attempt to recoup the £15million they paid to sign him from Leganes in January 2020. 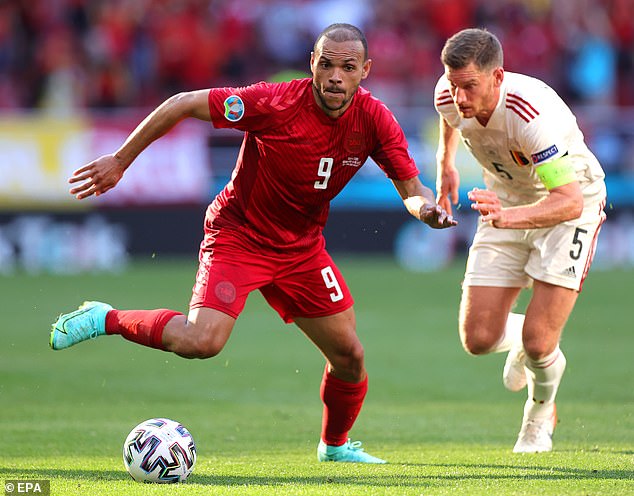 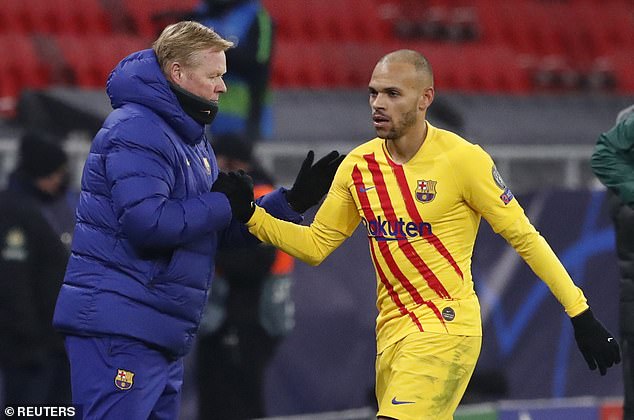 Barcelona hope to wrap up a deal for Braithwaite before the start of pre-season so the squad can be fully settled, Diario adds – saying that Barcelona have been delighted with the player’s professionalism and that he is one of the most beloved stars in the dressing room.

The Catalan outfit had attempted to sell him last year but had to shelve those plans due to complications around the Covid pandemic despite proposals on the table, it continues, though this will be the final time the club negotiate for his departure.

Braithwaite has not been prolific at Barcelona by any means – he has scored just eight goals at the Nou Camp, though seven of those came last season. He netted just once in his first campaign, before scoring two in LaLiga in his second.

An experienced player with more than 400 career appearances, Braithwaite started his career in Denmark with Esbjerg fB before moving to Toulouse. He spent two years with Middlesbrough in the Championship before moving to Spain to join Leganes.

Could coronavirus lead to a new English super league?