New Barcelona striker Martin Braithwaite joked that he will not wash his debut shirt after embracing Lionel Messi during the 5-0 win over Eibar.

The former Middlesbrough forward joked to reporters as he left the Camp Nou: ‘I won’t wash the shirt after the hug with Messi’.

Braithwaite came on at minute 72 and sliced his first cross to nervous mumblings from the Camp Nou. 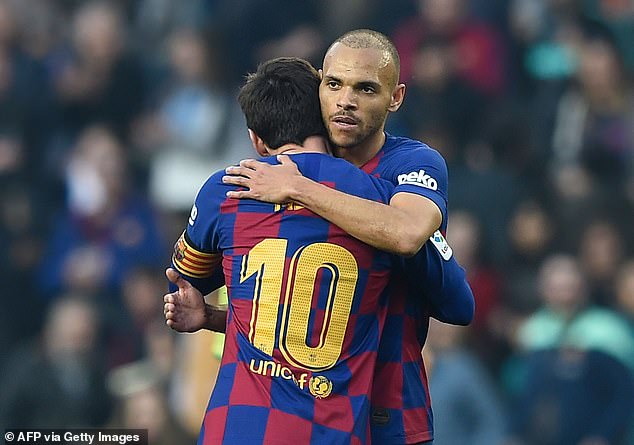 But the Danish striker who signed from Leganes this week when Barça paid his release clause soon showed his class.

His next contribution was to run down the left and cross for Messi to score the fourth goal of the afternoon.

Messi immediately ran to embrace Braithwaite and it was soon Barcelona midfielder Arthur Melo who was also celebrating with the new signing after his shot was only half saved and ran to the Brazilian to score. 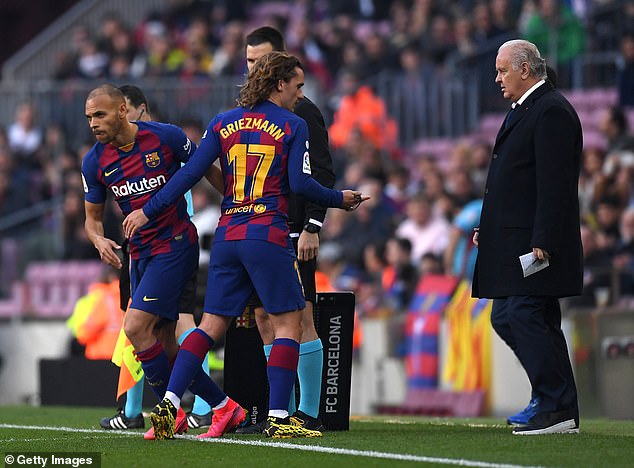 ‘He is an extraordinary signing. He is going to adapt to what we need. We have seen today various things from him apart from his part in two goals. He will help us a lot.’

Braithwaite cannot play in midweek because he is not registered to play in the Champions League.

But the 28-year-old forward, who Barcelona were allowed to sign because Ousmane Dembele has an injury that will keep him out for six weeks, could well play a part in next weekend’s Clasico.

PSG 'make contact with Ighalo as they search for Cavani's replacement'