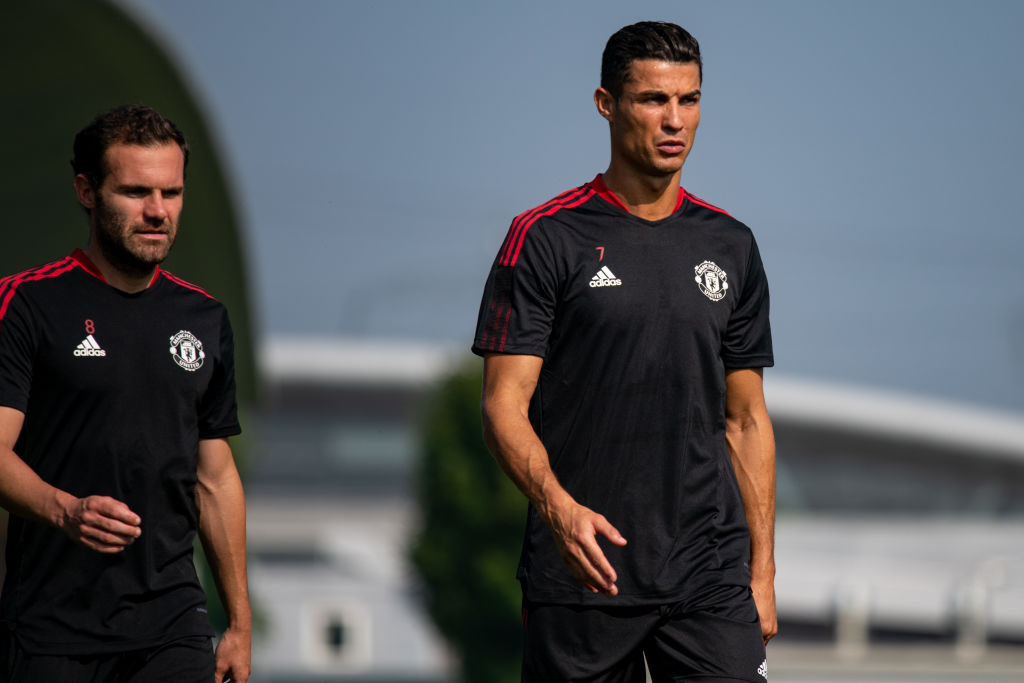 Ronaldo spent three seasons in Turin but was unable to help the club win the Champions League after four previous successes at Real Madrid.

Juventus just about qualified for this season’s competition after a disappointing 2020-21 campaign with Ronaldo also facing criticism for the manner in which he left the club this summer – returning to Old Trafford with just days of the transfer window left.

While United are celebrating the return of one of their greatest ever players, Juventus legends Sergio Brio and Alessio Tacchinardi are among those to question the manner of his exit.

‘The one between Cristiano and Juventus was a good story and it brought benefits to Italian football, it helped the world rediscover it, it made it competitive again at the highest levels,’ Ronaldo told Gazzetta dello Sport.

‘It was a magnificent passage. Cristiano preferred to leave, but the discussion doesn’t change.

‘Juventus lost Cristiano, but the team is still strong. Be aware, Juventus are always Juventus…

‘For example, they brought that young striker [Moise Kean] back to Turin, whom I like.’

Ronaldo will hope to make his second United debut on Saturday against Newcastle United at Old Trafford.

Premier League predictions: Chelsea to to miss out on top four, Leicester and Liverpool to win