Philadelphia Union and USA midfielder Brenden Aaronson might not be a name you have heard a lot of, but you will soon.

The 20-year-old has just secured a move to Austrian side Red Bull Salzburg and will link up with the side and American coach Jesse Marsch in November once the MLS season comes to an end.

Aaronson only made his debut for Philadelphia in 2019, but has been a consistent performer in their midfield and was recently named in the MLS is Back Cup Best XI.

With his move to Austria, Aaronson will look to follow Sadio Mane, Erling Haaland, Takumi Minamino and Naby Keita as the latest player to develop at the club.

He’ll also aim to become the latest American to break into Europe after the successes of Christian Pulisic, Weston McKennie and Giovanni Reyna to name just a few.

But who is this young American midfield dynamo? Which Liverpool legend does he idolise? Could we one day see him in the Premier League? 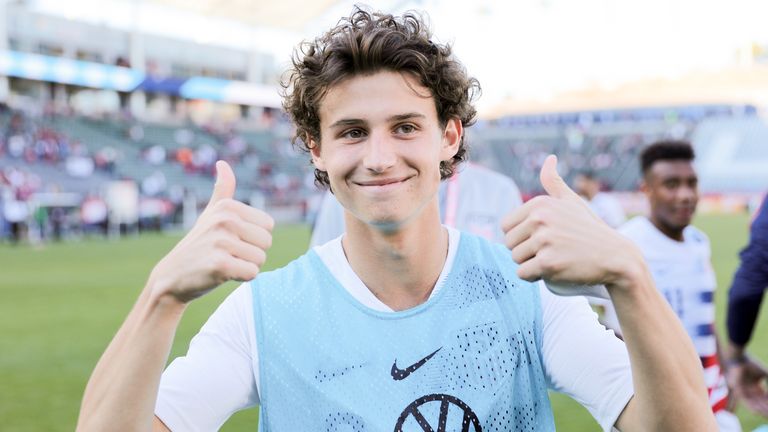 Find out below in our exclusive Q&A with Aaronson himself.

How would you describe yourself as a footballer?

“I think I’m an energetic centre midfielder that loves to get forward, score goals and get assists. I’m creative when I get to the final third and I like to make stuff happen when I get the ball.”

What was it like growing up in New Jersey and then making the move to Philadelphia?

“My dad introduced me to the game at a young age as he played college football in America. He also put me in front of a TV and I watched Liverpool ever since. 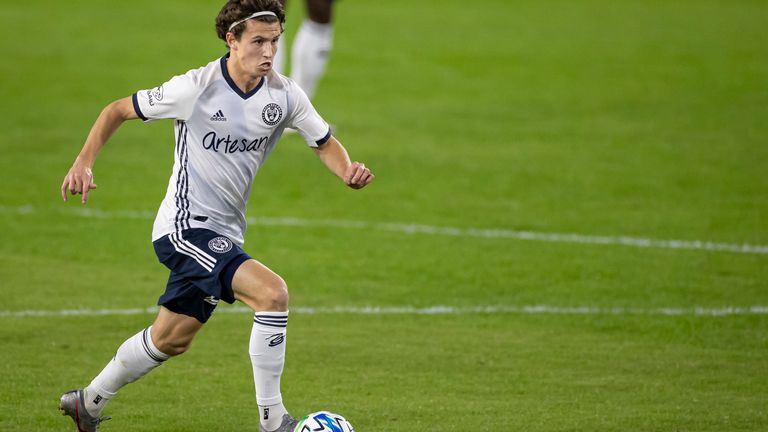 “I played in New Jersey at a young age and my dad owned a club so we were quite involved then I moved to Philadelphia’s academy when I was 11. I made my way through the age groups, made my first-team debut in 2019 and then went on to sign a professional contract and here I am today.”

You mentioned watching Liverpool as a kid, are you still a fan?

“As long as I can remember I’ve been a Liverpool fan. I have Steven Gerrard and Fernando Torres posters in my room, those two were the ones I looked up to. I have Liverpool winning the Champions League above my bed too.

“When they won the title last year, that was a crazy moment for me. Going back to the Gerrard slip… it was tough but to see them absolutely dominate the Premier League, it was insane and I was so happy on the inside.”

As a midfielder – what can you take from the likes of Gerrard’s game to help yours?

“I think we’re a little different in positioning, but I used to see him go into games and giving it his all every game.

You made your professional debut in March 2019 and then had your prom just a few months later – how important is it for a footballer to have a balance in their life?

Prom with my girl😍

Prom with my girl😍

“I have such a good support group around me with my family and my girlfriend – I think for soccer players it has a lot to do with family and who you come back to and who you surround yourself with – it’s a huge part for sure.”

Let’s talk about your move to Red Bull Salzburg – when did you first find out about their interest?

“Honestly I think it was around the MLS is Back tournament, a few big teams were interested in me at the time but Salzburg stood out because of how they play.

“It really benefits my game how they play, the formation, the coach (Jesse Marsch). Everything stood out and made sense for me to make the move, it’s been a dream since I was young to play in Europe so I can’t wait to get started.”

Sadio Mane, Erling Haaland, Naby Keita are just a few players to have developed at Red Bull Salzburg, was that a factor in making the move? 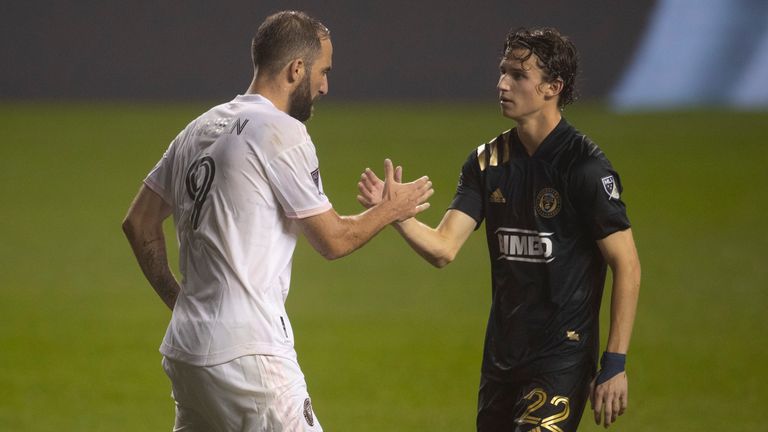 “Yeah of course, but me just wanting to play for a big club like Salzburg and play Champions League and Europa League every year was a huge part of it too.

“But that was for sure at the back of my mind too. Just the club in general was out there for me and I couldn’t say no.”

Do you take confidence from seeing the likes of Christian Pulisic, Giovanni Reyna and Weston McKennie all flourishing in Europe?

“It’s huge seeing them and it definitely gives you confidence as a player. It shows anything is possible when you come from the MLS and American soccer is definitely on the up.

“I actually met Pulisic in an October camp for the USA national team. He’s a fantastic guy and super down to earth. He’s very hard working and you can just see in training how amazing this guy is. It was awesome to see him, Weston and all these other guys who are just top.

“I hope I’ll be able to be a part of it and that would be amazing but for now I just need to keep working hard to get into the Salzburg team.” What do you think will be the most difficult part of moving to Austria as a 20-year-old?

“I think because I’ve been at home my whole life, it might be the loneliness at some points but my mom and girlfriend will come over for a few weeks at first.

“I’m actually still learning everything around the house, like cooking things…should be interesting but we’ll see how it goes.

“But I also love video games so I won’t mind having some lonely time as I’ll be playing Fortnite or Rocket League, it’ll be amazing and I can’t wait to get started.”

Looking at the future, do you see yourself potentially playing in the Premier League one day?

“I think for me the Premier League is the dream league for me. It’s unbelievable and it keeps going upwards.

“The players keep getting better and better and for me, it’s for sure a dream league and something I would like to be a part of for any team over there really!”