Football looks very different at the moment but still retains the power to surprise.

Take the remarkable transformation in fortunes here as Preston North End, two goals down to Brentford and comprehensively second best, conjured four goals in the space of 18 minutes seemingly out of thin air. 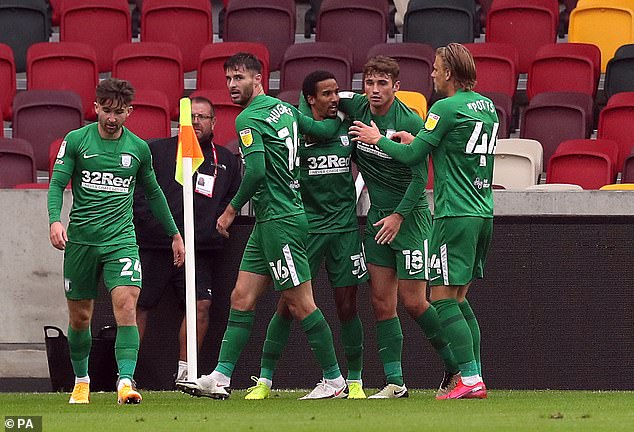 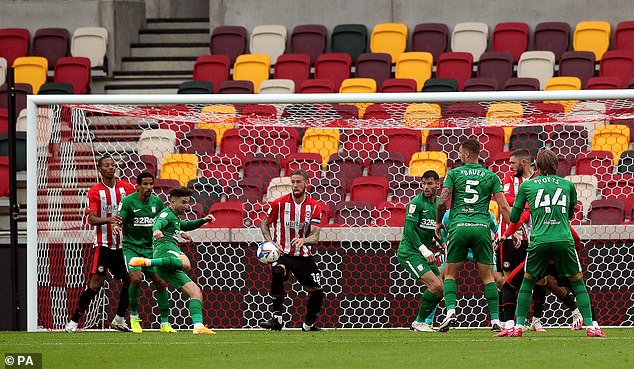 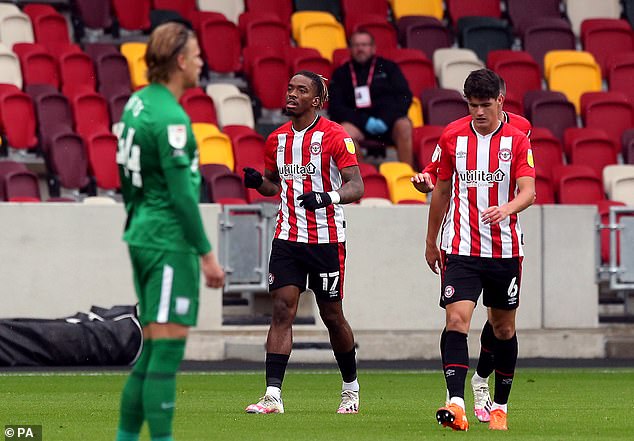 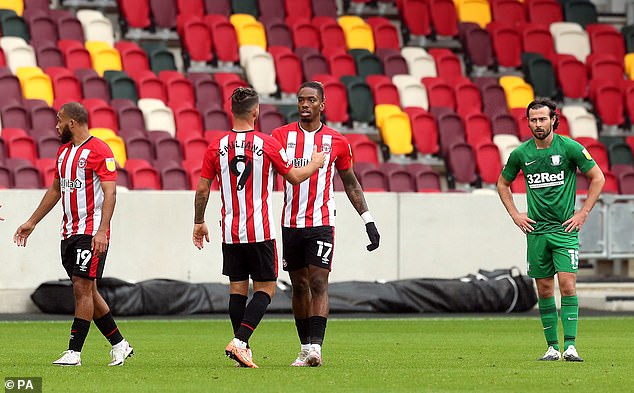 Their manager Alex Neil must have said something of impact at half-time as they re-emerged a different team, finding a cutting edge completely absent beforehand.

It left Brentford shell-shocked as they suffered a first defeat in their new stadium despite cruising into a 2-0 lead thanks to two Ivan Toney goals.

Even the introduction of a certain Said Benrahma after Preston’s third goal couldn’t save them and no doubt the speculation over his future will rumble on right until the domestic transfer window shuts on October 16.

Benrahma, linked with Crystal Palace and Fulham among other top-flight clubs, once again started on the bench and the Bees were doing fine without him until a post-half-time collapse that must have been hard to fathom for manager Thomas Frank.

It certainly wasn’t the desired result just before a two-week break and the Dane can only mull over his team’s repeated lapses in defensive concentration.

Even the most banal things remain a novelty as Brentford get used to life at their magnificent new stadium. ‘This is the first time we’ve had rain at a match here,’ said the PA announcer ahead of kick-off.

Not that it’s taken long to settle in here following the move up the road from Griffin Park. Brentford had won two and drawn one of their first three games here and even the drawn one was won on penalties.

They took great pleasure in beating local rivals Fulham 3-0 in the Carabao Cup on Thursday night and meant business early on here. 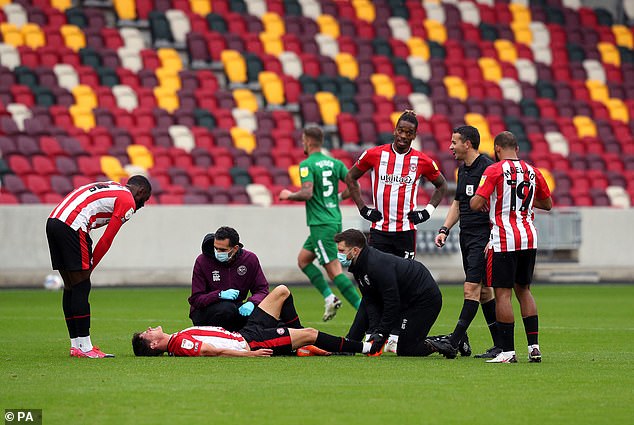 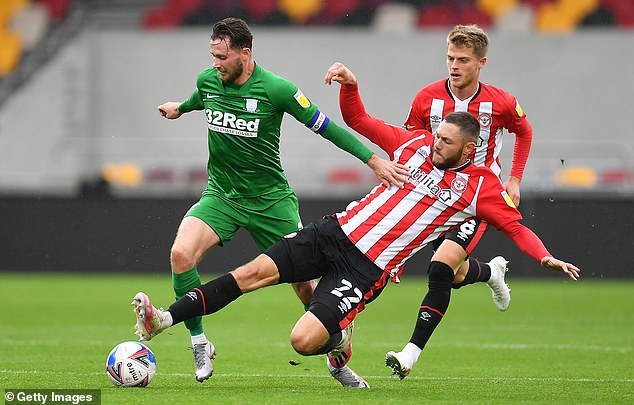 Just eight minutes were on the clock when they broke the deadlock. A typically slick move stemmed from young left-back Dominic Thompson, whose pass down the left touchline allowed Josh Dasilva to slip inside Preston’s Joe Rafferty.

Dasilva’s speed soon carried him clear and a low near-post cross was on a plate for Toney to slide home his first open-play goal following his £5m summer move from Peterborough.

Preston were loose defensively to start with and Emiliano Marcondes was left unmarked just outside the box to receive another Dasilva pass. Luckily for the visitors, Marcondes fired straight at keeper Declan Rudd.

Brentford’s flow might have been affected by an injury to Christian Norgaard – making the midfielder a possible doubt for Denmark’s Nations League trip to Wembley on Thursday week – but Frank’s side always back themselves to pass their way out of any situation. 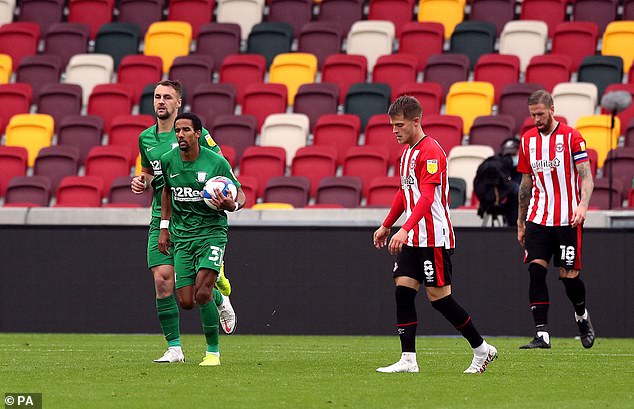 Preston grew more into the game as the half progressed and started to enjoy patches of possession. But the chances didn’t really come with the one exception being Alan Browne’s volley that was easy enough for Luke Daniels to save.

Nonetheless, Preston were moments away from getting back to the dressing rooms just a goal in arrears when they became sloppy again.

Bryan Mbeumo hadn’t been involved a great deal but nipped in to win the ball close to halfway after a Canos cross-field ball and picked out Toney in a considerable amount of space about 30 yards out. 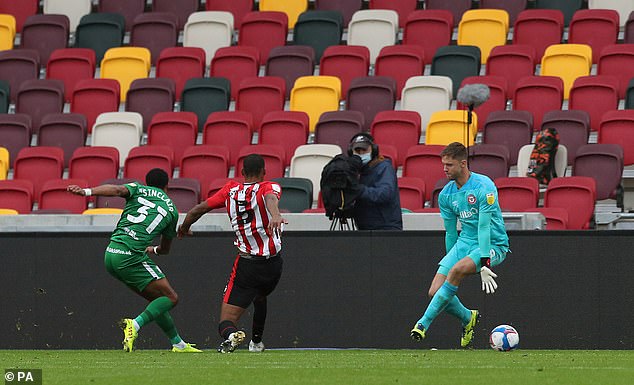 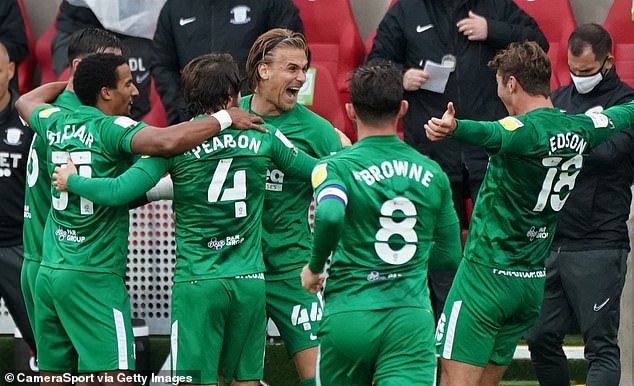 Toney drifted through and scored crisply at the near post, leaving Preston kicking themselves again.

But their afternoon improved significantly seven minutes after half-time. Rafferty advanced down the right side and his deep cross was nodded down at the back post by Patrick Bauer and perfectly for Sinclair, who applied the close-range finish for his second of the season.

Suddenly Preston had their tails up and Brad Potts couldn’t quite steer a left-footed effort on target a couple of minutes later. 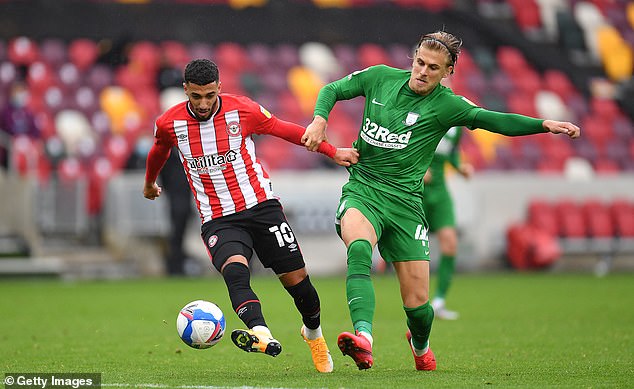 They wouldn’t be denied on their next foray forward, however. Mbeumo wasn’t quick enough turning with the ball and Andy Hughes nicked it off him.

He whipped in a ball that Sinclair was able to bring under his control before finishing past Daniels at the near post and from being dead and buried, Preston were very much back in the contest.

Astonishingly, it would get even better three minutes later. Sinclair was roaming about on the edge of the Brentford box but didn’t appear to be going anywhere. 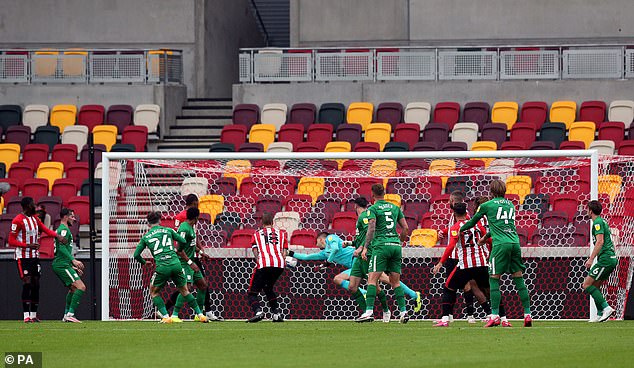 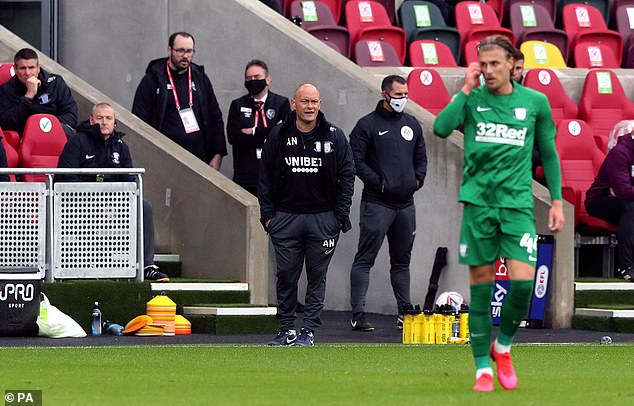 Ryan Ledson took over and found Potts, who cut sharply inside and picked out the bottom corner with Daniels failing to cover his near post. The away bench went up in celebration, while Frank turned around and beckoned for Benrahma to get ready.

Preston seemed to be scoring with every attack and the fourth came on 70 minutes, this time from a corner. Ledson’s delivery was headed down by Ben Davies amid statuesque Brentford defenders and dropped perfectly for Maguire to sweep home.

Brentford were desperate for inspiration all of a sudden and Benrahma seized the ball before setting up Dasilva to flash a shot past the post. Frankly, they were too stunned to respond. 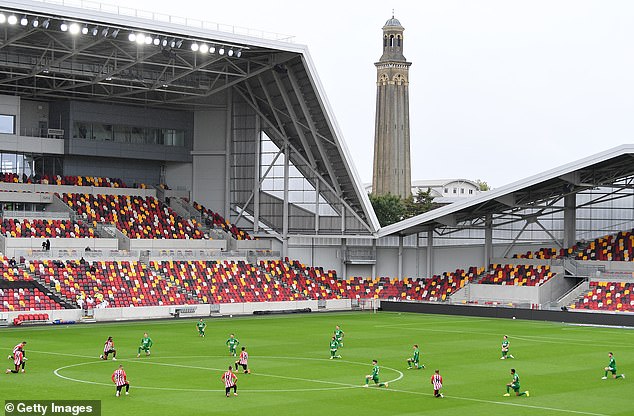