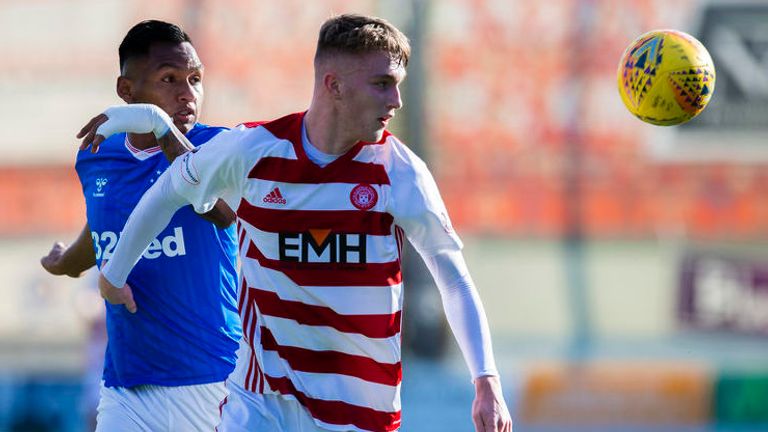 Brighton are weighing up a move for Hamilton defender Jamie Hamilton after taking the teenager on trial.

The Ladbrokes Premiership Accies have announced that the 17-year-old will spend a few days with the Premier League club.

Hamilton said on their official website: “The club can confirm Jamie Hamilton has travelled to English Premier League side Brighton & Hove Albion, where he will spend three days at their training centre.

“This isn’t something the club would normally agree to. However, given our close connection with previous manager Billy Reid, we’re happy for Brighton to see Jamie in their own environment.

“Jamie will return to Hamilton on Thursday in preparation for our visit to Ibrox on Wednesday, March 4.”

Hamilton, a reported target for Wolves and Burnley at the end of last season, has made his first-team breakthrough at New Douglas Park this season.