Brighton and Hove Albion host Manchester United on Saturday’s late afternoon kick-off, with the Red Devils still fighting for a European berth for next season – although a Champions League spot is now incredibly unlikely to be awaiting Erik ten Hag. The Ajax boss takes over from Ralf Rangnick in the summer, with the latter being appointed Austria’s national team manager alongside a consultancy role at Old Trafford.

Before that though, United still have to claim enough points to at least ensure they finish sixth and take a Europa League place for 2022/23, with the Monday night win over Brentford a step in the right direction. They have just two matches left to play this season, able to reach a maximum of 64 points.

For Brighton, it’s about ensuring they finish the campaign strongly enough to be in the top 10, having been through spells of impressive football this term – but also the usual lack of a scoring touch, with just 34 scored in their 35 Premier League games so far. However they have lost only one of the last six and sit ninth.

Follow all the match action from Brighton vs Man United below:

Former Manchester United striker, Danny Welbeck, has scored in his last four starts against his old club across all competitions. 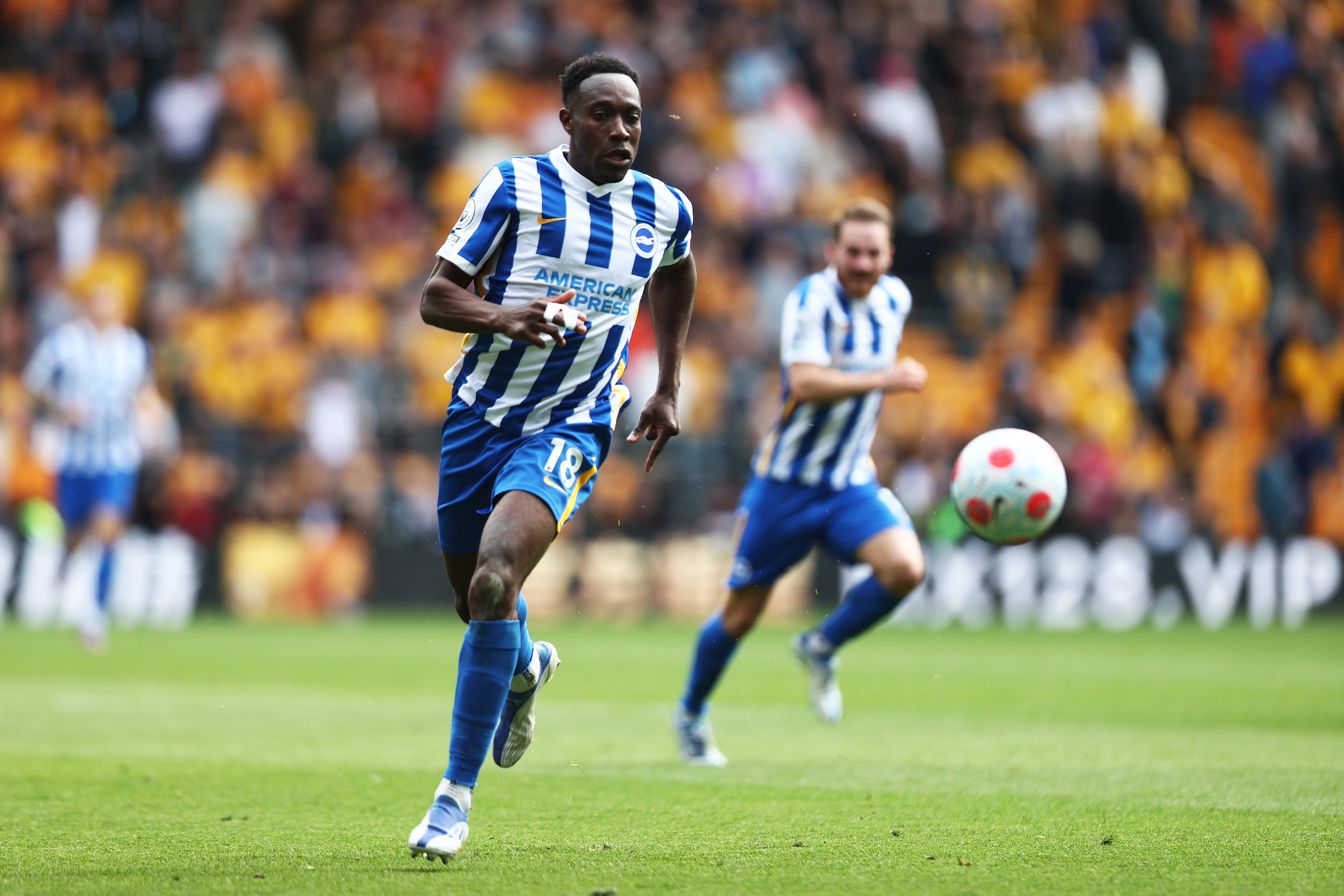 After his final match in charge at Old Trafford, Sir Alex Ferguson took the microphone in the centre circle to declare that managing Manchester United had been “the most fantastic experience of my life” and urging supporters to “stand by the next manager.”

Ralf Rangnick didn’t do likewise. Unsurprisingly, given that the Scot lasted 27 seasons and he has had 27 games. The interim at least bowed out on home turf with his biggest win as United manager, 3-0 against Brentford. He spent his evening facing the Sir Alex Ferguson Stand. There won’t even be a Ralf Rangnick Cupboard at Old Trafford. His legacy is threadbare. Rangnick has been a piercing critic of United’s recruitment and an ineffective manager of their team. A hugely influential figure in German football has had no impact in England.

“In the end I’m not happy with the results,” said Rangnick in a succinct appraisal of his reign. Performances, he might have added, haven’t been great either. The league position certainly isn’t. “I am not completely happy with those six months. I would have expected to qualify for Champions League, that was the goal we had.” He was brought in for a short-term task. His rescue mission has proved a failure.” 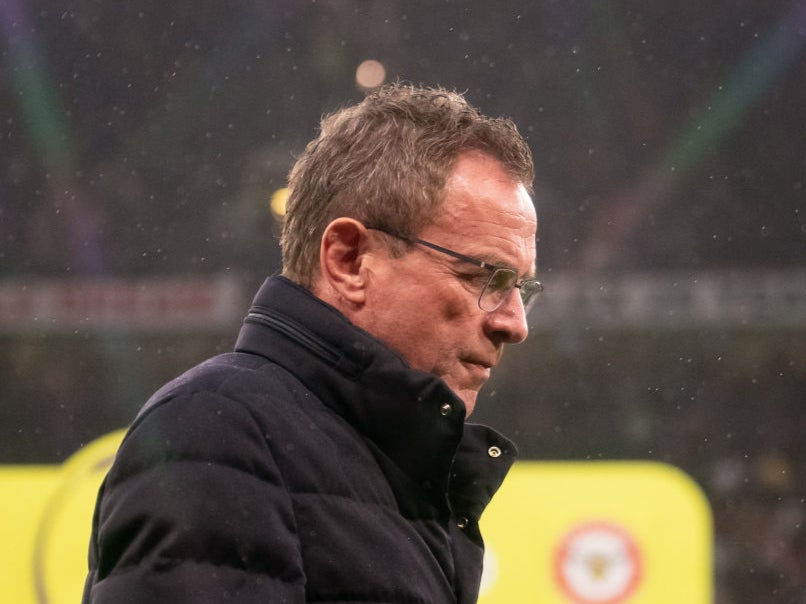 The curtain was drawn at Old Trafford on a temporary regime, a few eras and several errors

Manchester United have lost their last four Premier League away games, their worst run since they suffered six successive away defeats between December 1980 and March 1981.

The Red Devils are 12 points worse off than at this stage last season and they have conceded 30 Premier League away goals this term, the most they’ve shipped in a top-flight season since 1989-90. 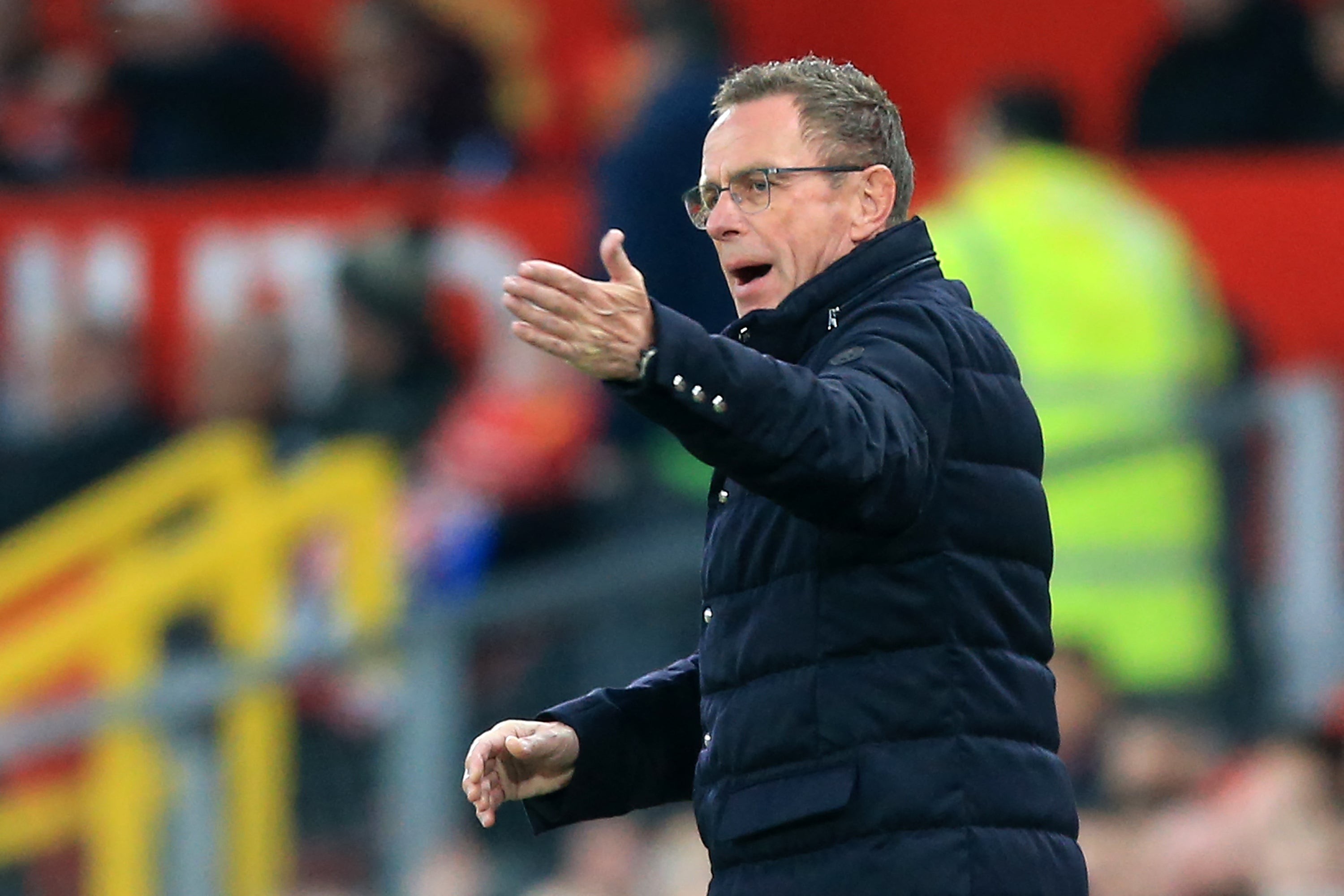 Jesse Lingard to leave Manchester United after too many broken promises

Jesse Lingard is intent on leaving Manchester United this summer due to what he feels are too many broken promises by the club, believing it is pointless to see if things change under Erik ten Hag.

The 29-year-old is determined to work his way into England’s World Cup squad at the end of the year, and has interest from Newcastle United, AC Milan, Juventus and Paris Saint-Germain. Negotiations with two of the clubs are at an advanced stage.

While Ten Hag is prepared to give every player a chance, Lingard is unwilling to stick around because he feels he has been let down by United too many times. That stings the player all the more since he has been at the club since the age of nine, a point he made clear with a Tuesday-evening social media post of a photo from him at that age in United gear.

The latest source of frustration was that Ralf Rangnick left Lingard on the bench for the 3-0 win over Brentford on Monday evening, denying him one final home appearance at Old Trafford. The player had already turned down a loan move in the summer, because he had been assured by former manager Ole Gunnar Solskjaer that he would be given more game-time. The Norwegian then only started Lingard in one game, a Carabao Cup defeat to West Ham United where he scored.

There was also an opportunity to move in January, when Newcastle initially attempted a loan deal, only for the move to fall apart when the Old Trafford club demanded a £2.5m loan fee and a £12.5m bonus if Eddie Howe’s side avoided relegation. Lingard felt this was unfair treatment as it effectively ensured the switch couldn’t happen for a loyal servant. 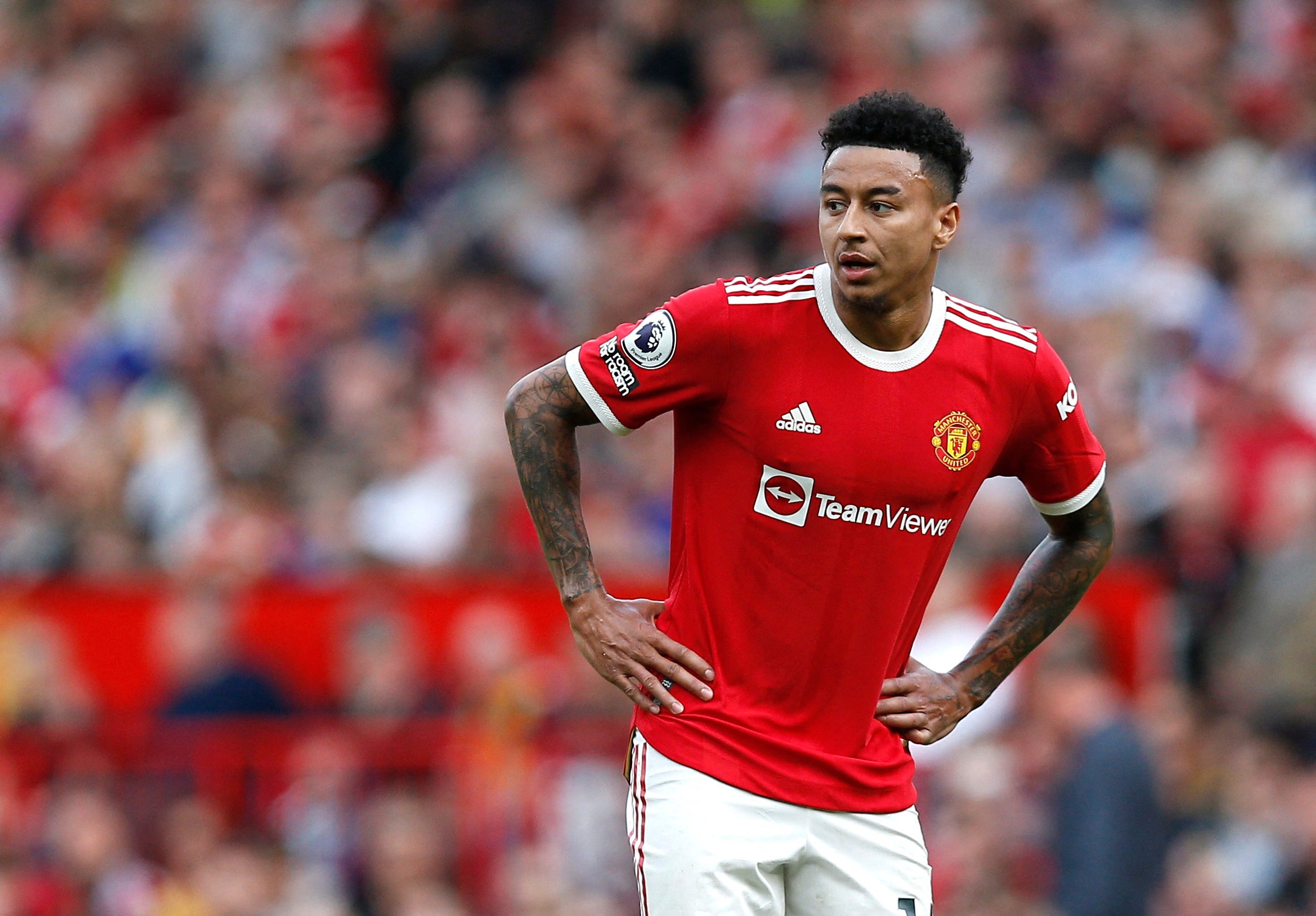 Jesse Lingard to leave Manchester United after too many broken promises

Lingard is one of several players due to leave United this summer as his contract expires in June, but although Rangnick gave Juan Mata and Phil Jones farewell home appearances in the 3-0 win over Brentford on Monday night, Edinson Cavani got the nod ahead of Lingard with 15 minutes to go.

That prompted Lingard’s brother Louie Scott to hit out at Rangnick on social media, pointing to Lingard’s two decades of service since he joined United aged seven in 2000. 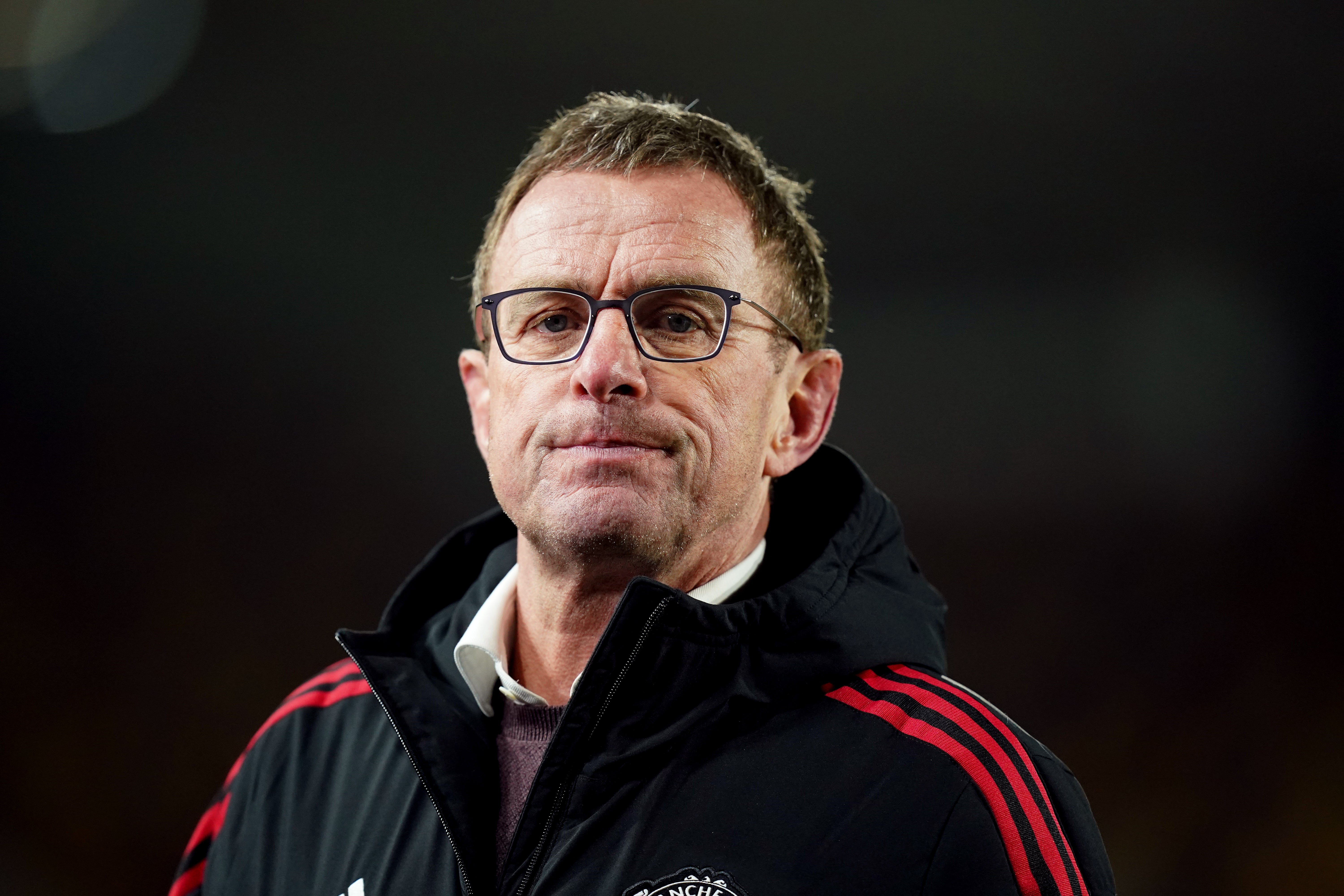 Louie Scott hit out on social media at the treatment his brother, the Manchester United player, has received.

Brighton have won three of their last five top-flight matches, as many as they managed in their previous 25. However, Graham Potter’s side have gone eight Premier League home games without victory – four draws, four defeats. 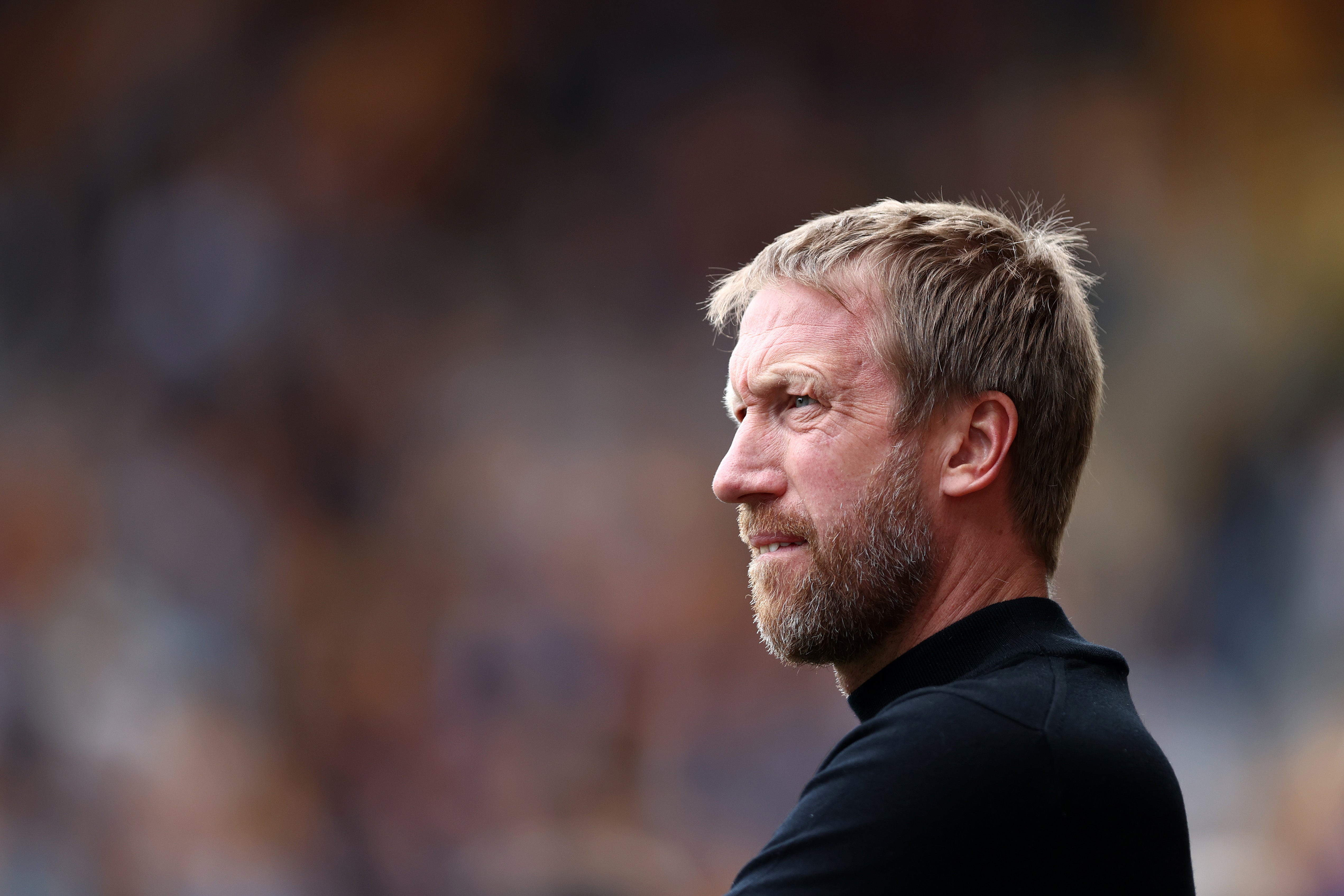 RB Leipzig have insisted Christopher Nkunku will remain at the Bundesliga club beyond the end of the season.

The 24-year-old France international has been heavily linked with a move to Manchester United in the summer as part of their squad overhaul under new manager Erik ten Hag.

But Leipzig president Oliver Mintzlaff has now told Sky Sports that “Nkunku will be our player next year”.

However, he did still somewhat leave the door open when it came to the forward being sold, adding that “in football, nobody is unsellable”. 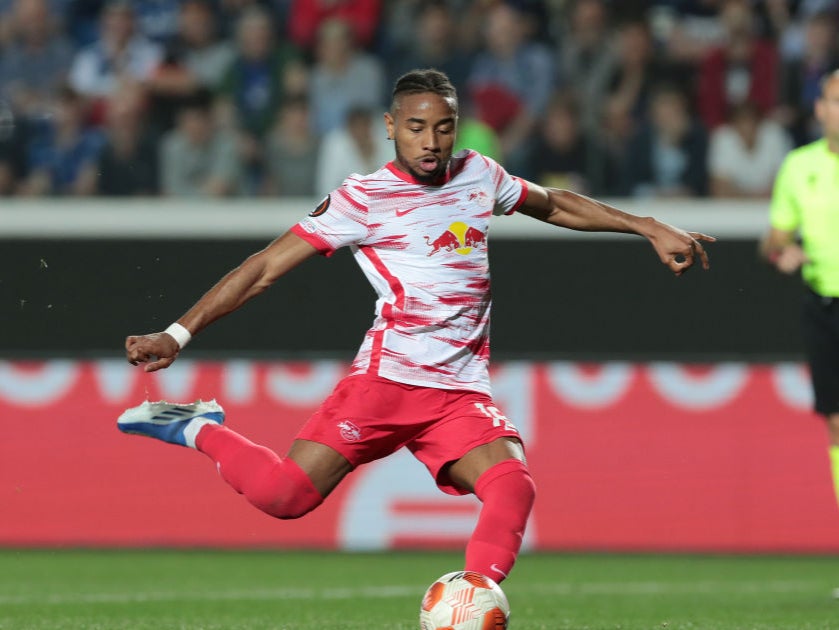 Nkunku has scored 30 goals for the German side this season

Manchester United have won the last seven meetings between the teams in all competitions. Brighton’s three victories in 27 competitive matches against Man Utd have all come at home – they’ve drawn five and lost 19 in that run.

Graham Potter makes just one change to the Brighton XI that defeated Wolves last time out. Enock Mwepu is out with an injury so Pascal Gross comes in to replace him.

There are no changes for Ralf Rangnick’s Manchester United. Harry Maguire is fit again to play but he only makes the bench.