Brighton wore t-shirts in support of team-mate Enock Mwepu, who was forced to retire from the game this week, ahead of Friday night’s match at Brentford.

Mwepu, 24, announced his retirement from the game this week after a series of screenings revealed a hereditary heart condition that put him at significant risk of a fatal cardiac event should he continue playing.

Emerging for their warm up, Brighton players donned shirts with the message ‘CHAMBISHI TO THE PREMIER LEAGUE, YOUR DREAM CAME TRUE. WE ARE ALL WITH YOU.’ 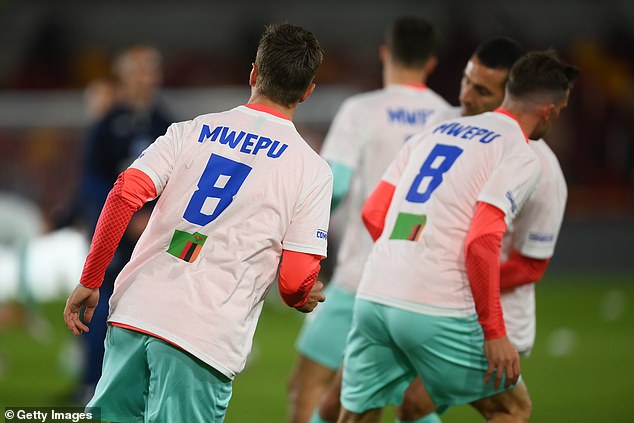 The Brighton were rocked by the news this week with Mwepu a key and popular member of the squad that have started the season in impressive fashion.

Speaking ahead of the game at the G-Tech Community Stadium, Adam Lallana told Sky Sports that it was ‘tragic’ news and that it put life into perspective for the squad.

‘Obviously tragic news. We found out three or four days ago. It puts massive perspective in life and what matters,’ he said.

‘It gives us more of an incentive to get three points.’ 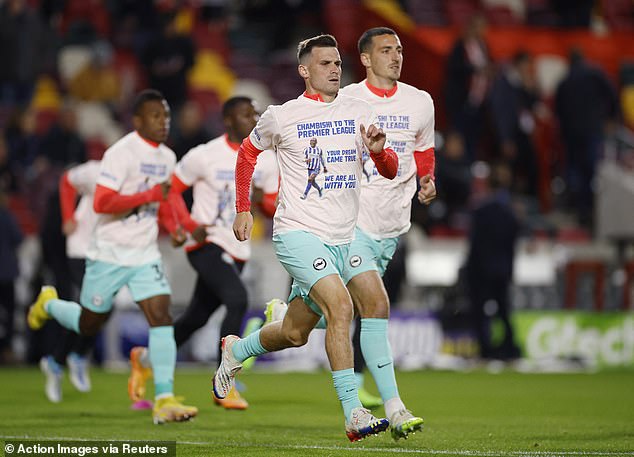 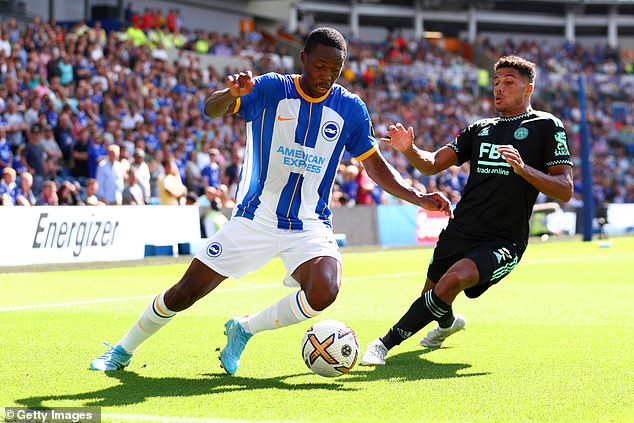 During the week, various high-profile figures from Brighton paid tribute to the midfielder, with chairman Tony Bloom telling Mwepu that he would maintain all the ‘love and support’ that he needed as he took his next steps.

‘We are all absolutely devastated for Enock. He and his family have had a traumatic few weeks and while we are just thankful he has come through that period, he has seen such a promising career cut short at such a young age,’ he said.

‘As a club we will give him all the love, help and support we possibly can to make a full recovery, and then as he decides on the next steps in his life.’ 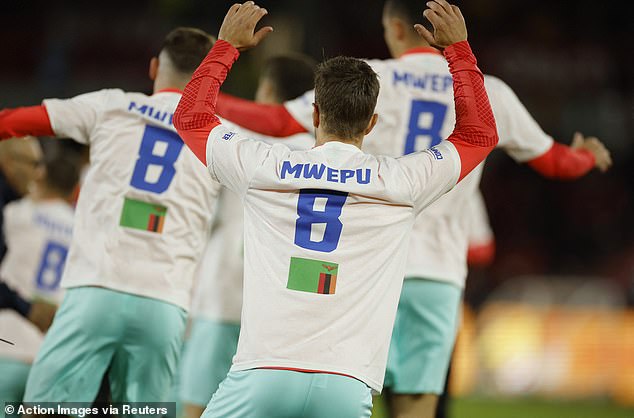 I am so sorry for Enock. Before I arrived I looked at all the squad, and he was a player I was so excited and looking forward to working with,’ he said. ‘We will do everything we can to help him.’

Mwepu, a Zambian international, arrived at Brighton last year and enjoyed an impressive first campaign in a Seagulls shirt.

He had made six appearances in the Premier League this season, including in Brighton’s famous opening day win away at Manchester United. His last appearance for Brighton came in a 5-2 win over Leicester at the start of September.

Angel Di Maria pleased he didn't move to Barcelona in 2017