‘I may know one thing or another’: Bruno Fernandes hints that he knows where Cristiano Ronaldo’s future lies amid uncertainty over whether he will stay at Manchester United… but insists Erik ten Hag’s squad will be ‘happy’ if he stays

Bruno Fernandes has suggested that he knows what the future holds for Cristiano Ronaldo amid uncertainty over the striker’s Manchester United future.

There have been widespread reports that the 37-year-old informed the club of his desire to leave Manchester this summer in order to play Champions League football.

However, a number of big clubs have rejected the chance to sign the striker, meaning that the striker has remained at Old Trafford for the time being. 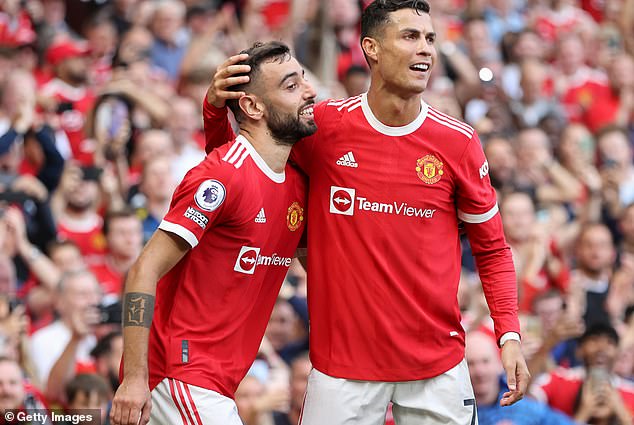 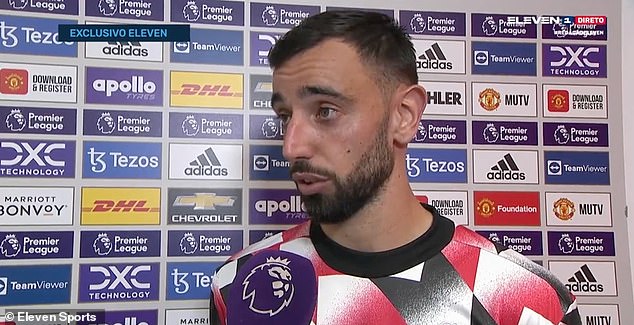 Speaking to Eleven Sports after the Red Devils’ win, Fernandes said: ‘There is a lot of speculation. I may know one thing or another, but I won’t be the one who will say it.

‘For now he is a United player, I don’t know about his future, if he will leave or if he will not leave.

‘As he said, he will speak soon and they will have time to hear his words and what he has to say. 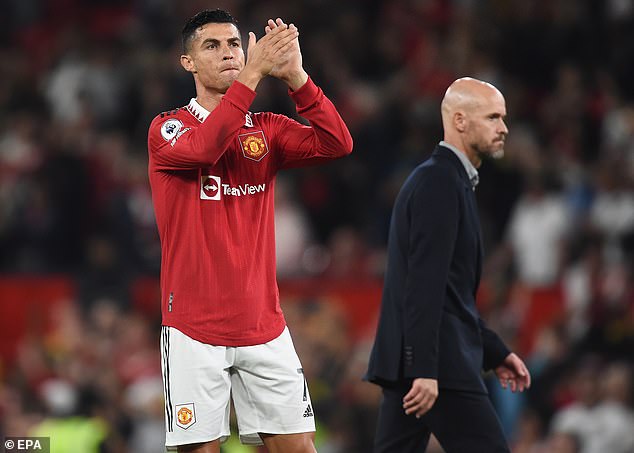 ‘He can continue at a high level and give us a lot of goals but it’s his decision.

Ronaldo was absent from a large portion of the Red Devils’ pre-season under new manager Erik ten Hag as he was eager to seal a move away from the club. 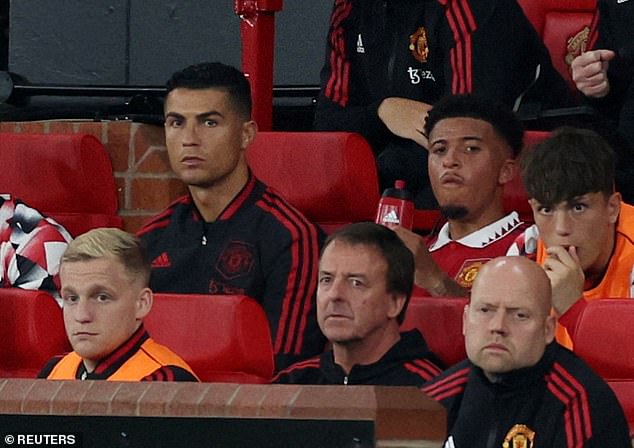 The striker has started just one of the Red Devils’ opening three Premier League games and cut a frustrated figure during United’s 4-0 thrashing by Brentford last weekend.

With question marks over his future, the Portugal international took to Instagram to inform Man Utd fans that, ‘you’ll all know the truth when I do an interview in a few weeks’ time.’

Ronaldo added: ‘The media only spouts lies. I have a notebook and out of the last 100 news stories that have been written, only five have been accurate. You can imagine the way things are. Bear that figure in mind.’

It remains to be seen whether a move away from Old Trafford will materialise for Ronaldo as we enter the final weeks of the summer transfer window.