Wolves will offer Ruben Neves a new deal but boss Bruno Lage admits he will be a wanted man.

The midfielder is in contract talks with the club but Lage fears he could still be tempted away from Molineux.

Neves’ current deal expires in 2024 and he has been linked with Liverpool and Manchester United. 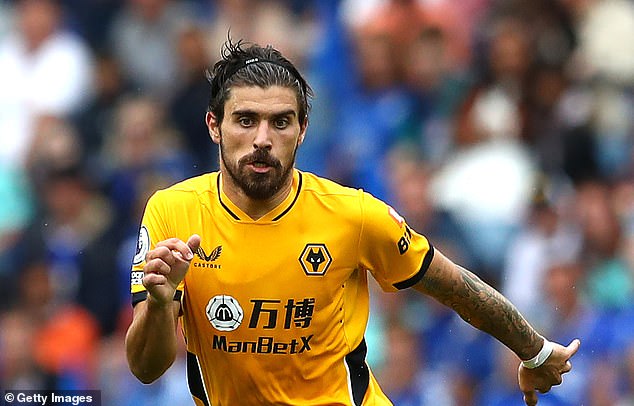 Lage said: ‘For sure, he will receive a proposal from us but the way he plays I can see other teams are looking for him also.

‘You never know what can happen. There could be a big team with a big offer and we would need to analyse what is better for us and for the player.

‘What is important to say is that it’s very hard to find a player like him. We used to call it a defensive midfielder but it’s now a central midfielder, a guy who can defend and can attack. He can do both things.’

He added: ‘He can score goals and do assists. It’s very hard to find.

‘From my side, he knows my opinion – I want the best for his career. If he prefers to remain with us, for sure we will be happy and stronger. But this is football and you never know.

‘When you see the kind of level he’s playing and the challenge we give to him to be more consistent, he’s a big loss for us at the moment.’ 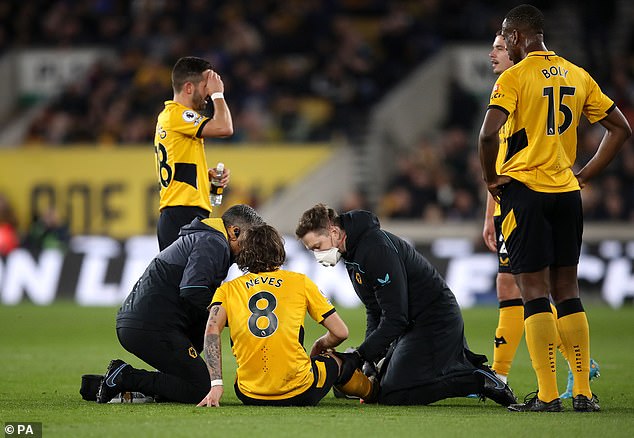 ‘I know he’s having a fantastic season. He’s back to what he did in the past and that’s the kind of player we can have with us if we want to create a good team – big players who can put us on a different level.’

Neves is missing until May with a knee injury so sits out Saturday’s derby visit of Aston Villa.

Wolves are also without the banned Raul Jimenez after his dismissal in the 3-2 defeat to Leeds before the international break.

Nelson Semedo is back after a hamstring injury but Ki-Jana Hoever (hamstring) remains sidelined for the hosts.