Burnley 1-0 Wolves: Matej Vydra’s second-half strike secures vital three points and puts Clarets OUT of the relegation zone ahead of Everton playing in the Merseyside Derby

It took Burnley more than six months to win their first two Premier League games of the season, but a second victory in the space of four days at a buoyant Turf Moor raised the Clarets’ hopes of staying up.

Matej Vydra has hardly been prolific since arriving from Derby for £11million in 2018, scoring just seven league goals in four seasons for Burnley before Sunday – but No.8 could be his most important yet.

It arrived just after the hour mark against Wolves on Sunday with the game in the balance and Mike Jackson’s side desperately in need of a breakthrough. 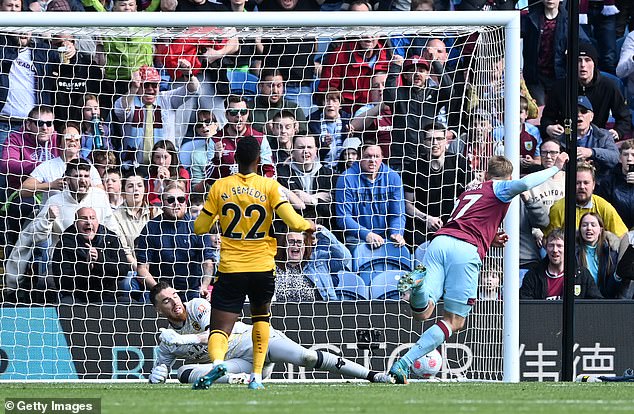 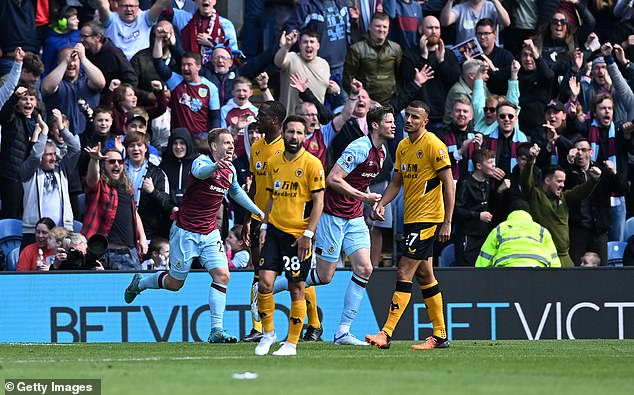 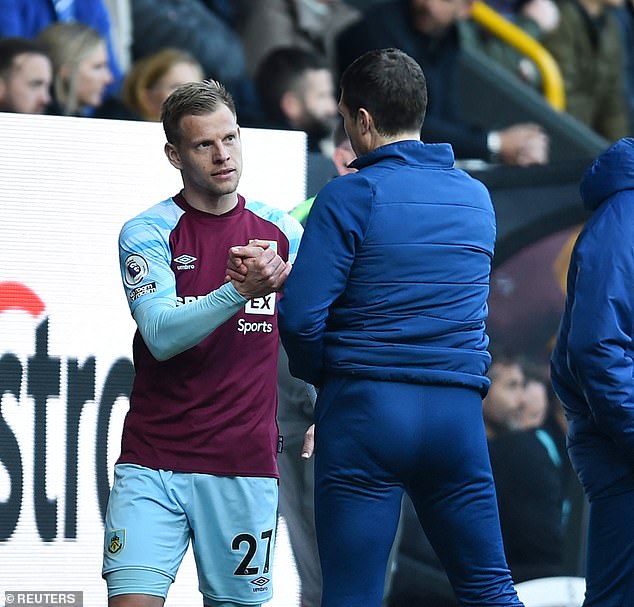 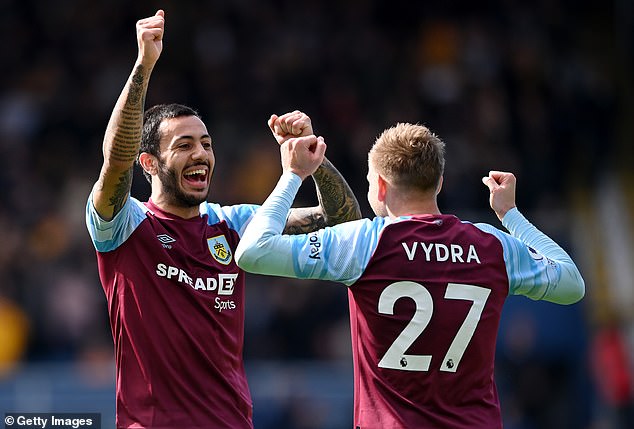 Dwight McNeil started the move by whipping in a pass to the feet of Wout Weghorst who took the sting out of it with a faint touch. There was still an opportunity for Wily Boly to go into a 50-50 challenge on the Dutchman, but the Wolves defender decided to not to commit.

It allowed Weghorst a chance to square the ball to Vydra unmarked and he managed to dig the ball out from under his feet and knock it past Jose Sa from close range.

So Burnley moved out of the relegation zone for the first time in 175 days stretching back to October 31, possible only for a couple of hours before relegation rivals Everton face Liverpool in the Merseyside derby.

Still, that’s cause for more hope than they had when chairman Alan Pace took the bold decision to sack the top-flight’s longest-serving manager Sean Dyche and install Jackson as caretaker nine days ago. He has delivered seven points from his three games in charge to give the club a fighting chance.

After Thursday’s thoroughly deserved and very impressive win over Southampton here, Burnley picked up where they had left off in the Lancashire sunshine.

They were bright and brave, looking to get the ball on the floor and play through a Wolves side who were considerably more resilient than Saints.

It produced only two opportunities of note in the first half, both of which fell to McNeil.

He received the ball on the right flank in the 11th minute and cut inside, taking on two defenders before curling a shot just wide of the target. 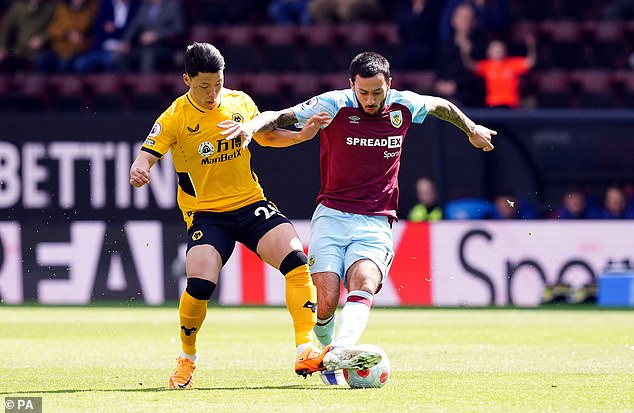 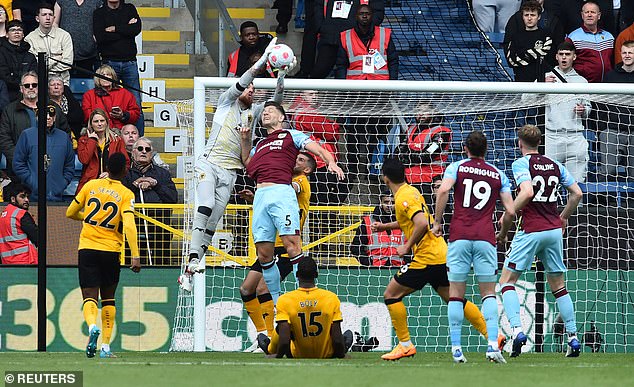 It was seven minutes when half-time McNeil got another clear sight of goal and this time it came on the end of a move that said everything about the football Burnley are being encouraged to play under Jackson.

Jack Cork started the move on half, puncturing Wolves’ first line of defence. Josh Brownhill and Vydra were also involved as they sliced through the defence to set up McNeil whose effort was tipped over the bar by Sa.

Wolves had their moments too as they looked to get in behind down both flanks. Jonny cut inside from the left in the 20th minute and let fly with an excellent shot that was heading inside the post before Nick Pope lunged to his left to beat the ball away.

Then just before half-time Fabio Silva got through on the right and crossed towards Raul Jimenez. Connor Roberts knew the Mexican was lurking and showed remarkable composure to play the ball out to safety from almost under his own bar.

The to and fro of the game continued after the interval. Burnley thought they had taken the lead when Cork was fouled by Hwang Hee-Chan and took a free kick into the box to Vydra. The Czech was offside but that was only confirmed after Sa blocked his effort and the ball ricocheted into the net off Conor Coady. 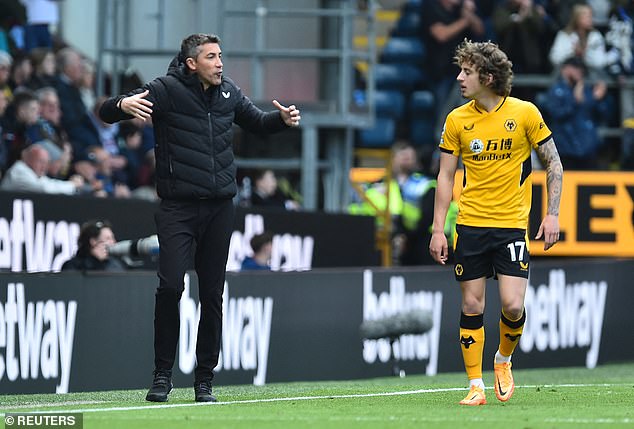 Pope then pulled off another excellent save to tip Nelson Semedo’s shot away from the top corner after the Portugal defender arrived on the overlap to get on the end of Hwang’s pass.

Nathan Collins summed up the spirit in the Burnley camp when he was left trailing by an excellent turn by Jimenez on halfway in the 76th minute. The 20-year-old centre-back chased back to make a fantastic tackle and win the ball back. Collins held up his hand by way of apology but there really was no need.

Burnley are in this fight together and who’s to say they won’t extend their stay in the Premier League to a seventh season?