Home » Soccer » Burnley vs Tottenham clash called off after snowstorm 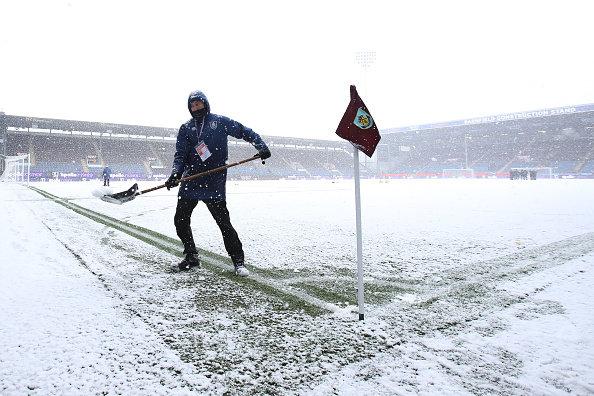 Tottenham’s Premier League clash against Burnley at Turf Moor has been called off after heavy snowfall in the north-west.

The decision was taken to postpone the match after officials deemed it too dangerous because of the ‘adverse weather conditions’.

Snow coated the Turf Moor pitch overnight and this morning and, despite the best efforts of the groundstaff to make it playable, the pitch failed an inspection less than an hour before kick-off.

The line-ups had been submitted and both teams were keen for the game to go ahead, given we’re on the cusp of the congested festive schedule.

The Met Office had issued a severe weather warning in the last 48 hours because of the strong winds from Storm Arwen and much of the north has been blanketed in snow.

It comes after Spurs’ embarrassing defeat to Slovenian minnows Mura on Thursday.

Antonio Conte ripped into his side after the defeat by saying he now realises how ‘low’ the level is in north London.

Charlton reveal losses of £10m for second year in a row