England striker Callum Wilson is a doubt for Newcastle’s visit of Chelsea on Saturday after training separately because of illness this week.

The 30-year-old was taken off at half-time during Sunday’s 4-1 win at Southampton and has since worked away from his team-mates.

Wilson was named in Gareth Southgate’s World Cup squad on Thursday after scoring six goals from 10 appearances for the third-placed Magpies this season. 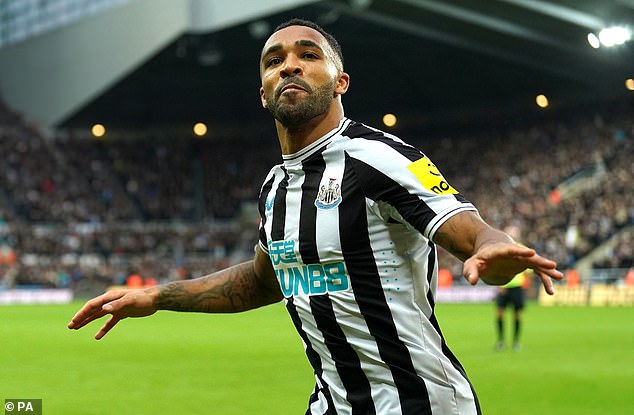 But, given his injury record, news of his sickness will no doubt be of concern to the England boss.

‘We’ll wait and see,’ said Howe on Friday when asked if Wilson would feature this weekend. ‘He’s been training separately from the group this week. He’s been working well but I need to make a decision if he’s fit enough to play. We decided to keep him separate from the group due to his illness.’

Would the World Cup have a bearing on his selection decision? 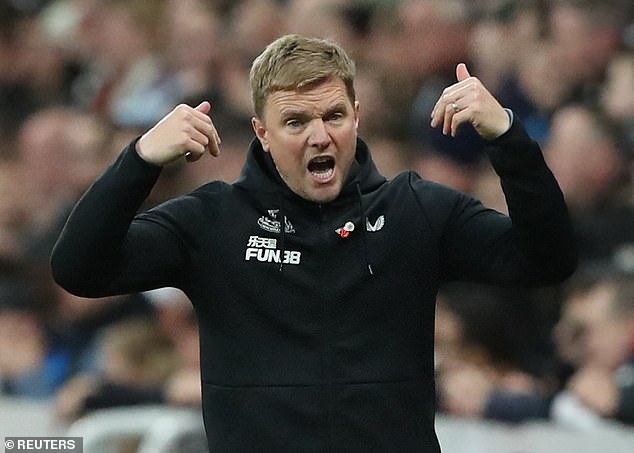 Magpies boss Eddie Howe vowed to select the best players, without concern for the World Cup

‘No, I will always look at it purely from Newcastle and the player’s perspective,’ said Howe. ‘Can they player give me his best physical effort? Is he able to do that? That is for every individual.’

Howe, though, is delighted that his player has made the Three Lions squad, along with club-mates Nick Pope and Kieran Trippier.

‘It’s an amazing thing for him individually and I’m sure for his family,’ said Howe. ’Callum has had a difficult career, it’s not always been about the successes. 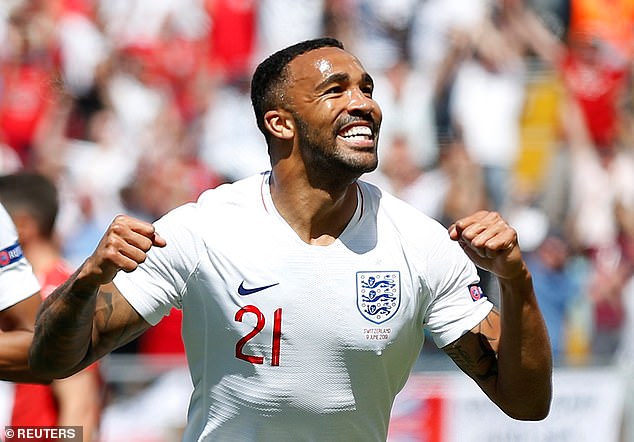 ’He’s had huge successes and he’s risen from the lower leagues to the Premier League and now to the national squad at a World Cup. It’s been a brilliant thing to witness at first hand for me.

’Then when you see how it’s been achieved, you see it’s been through dedication, consistency in his work, a really positive mindset. Even sometimes when he would get injured, his first instinct was always, “I’m going to come back better” and then he put the work in to come back better, so it’s not just talk with Callum, he actually delivers.

‘He’s got a way of scoring goals, a uniqueness about him, so I’m delighted for him and I hope that he can go and I hope he can make real impact.’

Kepa Arrizabalaga 'is resigned to NEVER playing for Chelsea again'