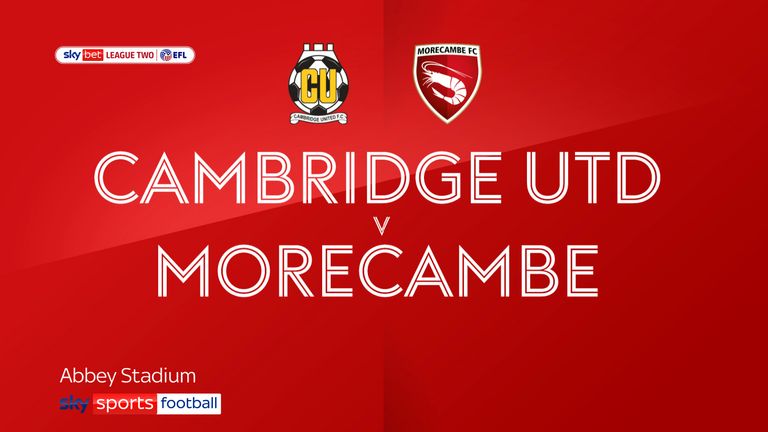 The forward netted after 18 minutes, poking home after Joe Ironside’s header had been well saved by Kyle Letheran.

The Shrimps were reduced to 10 men 10 minutes into the second half as Mullin looked to run clear onto Hiram Boateng’s pass, only to be hauled down by Liam Gibson, who was shown a straight red card by referee David Rock.

After 66 minutes the visitors looked to have been handed a route back into the game when Greg Taylor felled Aaron Wildig, only for Callum Burton to produce his second penalty save in four games and turn Cole Stockton’s penalty around the post.

Cambridge had a penalty of their own nine minutes from the end as Ryan Cooney fouled Shilow Tracey and Mullin drilled home his second of the game.

After 88 minutes the visitors reduced the deficit, with Freddie Price heading home after an excellent Burton save, but Cambridge held on.