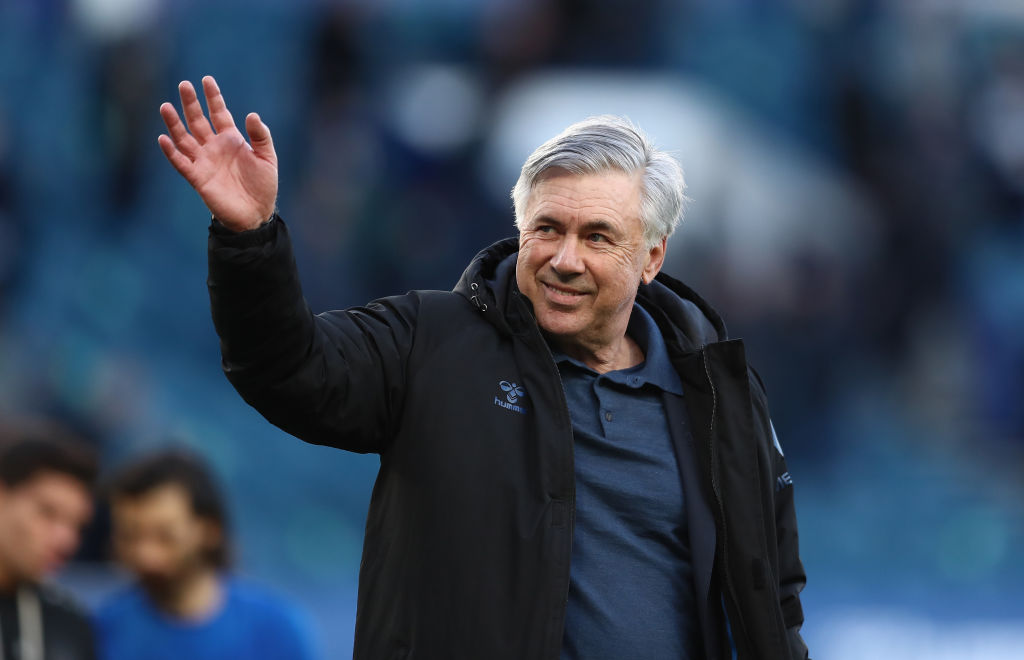 Carlo Ancelotti has thanked the Everton board, fans and players for their support, but says the chance to return to Real Madrid was just too good an opportunity to turn down.

The 61-year-old has been named the new head coach at Real Madrid, replacing Zinedine Zidane, and returning to the Santiago Bernabeu since leaving as manager in May 2015.

The Italian won the Champions League during his two-season stint in charge from 2013-15, as well as the UEFA Super Cup, Club World Cup and Copa del Rey, but failed to win La Liga.

Since then he has taken charge of Bayern Munich, Napoli and most recently Everton, but leaves after 18 months in charge at Goodison Park.

He describes the chance to return to the Spanish giants has come out of the blue and was one he could not ignore.

Ancelotti wrote in a statement: ‘I would like to thank the Board of Directors, the players, and the Evertonians for the tremendous support they have all given me during my time at the Club.

‘I have complete respect for everyone associated with Everton and hope they can achieve the exciting opportunities they have in front of them.

‘While I have enjoyed being at Everton I have been presented with an unexpected opportunity which I believe is the right move for me and my family at this time.’

Real Madrid have confirmed that Ancelotti returns on a three-year deal and will be unveiled to the media on Wednesday.

A club statement read: ‘Real Madrid C. F. announces that Carlo Ancelotti will be the club’s first-team coach for the next three seasons.

‘The ceremonial signing of the contract will take place tomorrow with club president Florentino Pérez at Real Madrid City, after which Ancelotti will address the media from 6pm (CET) in an online press conference.’