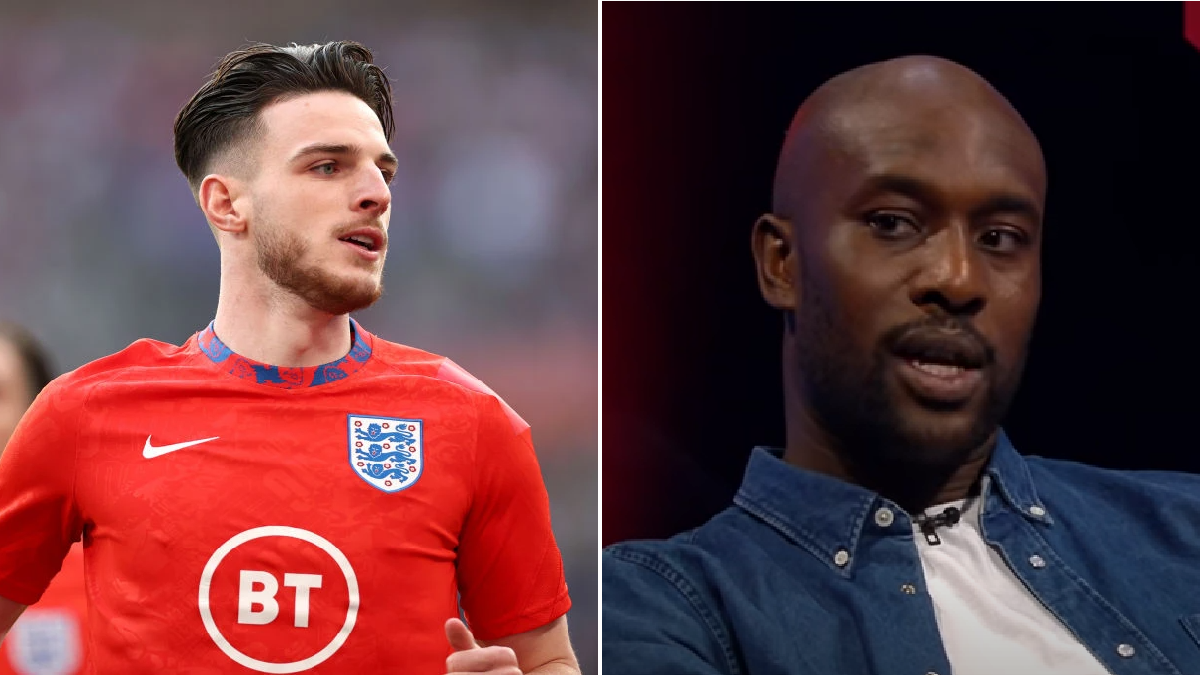 Carlton Cole has questioned why Declan Rice would leave West Ham to join struggling Manchester United and says a move to his boyhood club Chelsea is no longer realistic.

Both United and Chelsea have expressed interest in signing England international Rice, who West Ham value at a staggering £150m.

The 23-year-old has developed into one of the most consistent players in the Premier League in recent seasons, helping West Ham challenge for Champions League qualification and reach the Europa League quarter-finals, while featuring heavily in England’s run to the Euro 2020 final last summer.

Former England striker Cole sees no reason why Rice should be tempted to leave West Ham, especially as one of his main suitors – Premier League giants Manchester United – are going through a difficult period and another – Champions League holders Chelsea – face an uncertain future amid a takeover at Stamford Bridge.

‘Where is he going? I just can’t see him going anywhere and [clubs] affording the price,’ West Ham academy coach Cole told the Daily Mail.

‘I don’t think Chelsea can do it at the moment for obvious reasons. Where else is he going to go? Man United? No, they aren’t in a good place at the moment either. Why go to Man United when you can stay at West Ham?

‘Especially if they bring somebody else in that compliments his style, you’ve got [Tomas] Soucek there, bring another striker in and all of this conversation will be done at the end of the season.

‘I don’t see a reason why Declan would want to leave. He is not the sort of guy that is going to be chasing after money, otherwise he’d have done that by now.

‘He knows his home truths, he knows exactly what he needs to do and that is play regular football, and he is doing that at West Ham and he is the main man.’

Following the international break, Rice will hope to help West Ham secure a top-four finish in the Premier League and continue their impressive run in the Europa League ahead of a quarter-final tie with French side Lille.

But the Blues have been thrown into turmoil by sanctions issued to owner Roman Abramovich, with the Russian oligarch now trying to sell the club.

Manchester United, meanwhile, face an uphill battle to qualify for next season’s Champions League and were knocked out of the competition in the previous round by La Liga champions Atletico Madrid.