Casemiro is understood to have ‘not ruled out’ a move to Manchester United following reports that the Red Devils have turned their attentions away from Adrien Rabiot and on to the Real Madrid enforcer. While United are thought to consider the signing of the Brazilian a ‘long shot’, they are believed to have been given encouragement that a deal could take place.

With Erik ten Hag still intent on acquiring a new midfielder this summer, United turned their attention to Rabiot having seemingly failed to lure Frenkie de Jong away from Barcelona. However, amid reports United have baulked at the Juventus midfielder’s excessive wage demands, the focus has once again been shifted – this time to Casemiro.

Though United themselves reportedly admit a late move for the 30-year-old appears ambitious, the Red Devils have been offered encouragement in their pursuit of the five-time Champions League winner. According to ESPN, although Casemiro himself is understood to prefer a Real Madrid stay this summer, the midfielder is thought to have not ruled out a move to Old Trafford.

United are believed to consider the signing of Casemiro a ‘long shot’, according to sources close to the club, however, it is thought there is reason to believe a deal could take place over the next few weeks. United may also have seen their chances of landing the 63-time Brazil international boosted by the fact the defensive midfielder seemingly faces a battle on his hands to retain his starting spot at the Santiago Bernabeu. 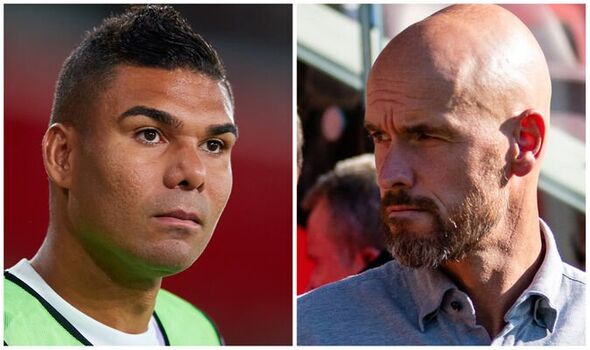 Casemiro was left to settle for a substitute role in Real Madrid’s 2-1 comeback win over Almeria in their La Liga season opener at the weekend, with Toni Kroos, Eduardo Camavinga and summer signing Aurelien Tchouameni all selected ahead of him. Luka Modric provides further competition in the centre of the park.

Despite having agreed a £15million deal with Juventus for Rabiot, United are understood to have since cooled their interest on that front. The Red Devils were reportedly willing to make the 27-year-old one the club’s highest-paid players, however, the Frenchman is thought to have been demanding an even greater wage package to compensate for the lack of Champions League football on offer at Old Trafford this season. 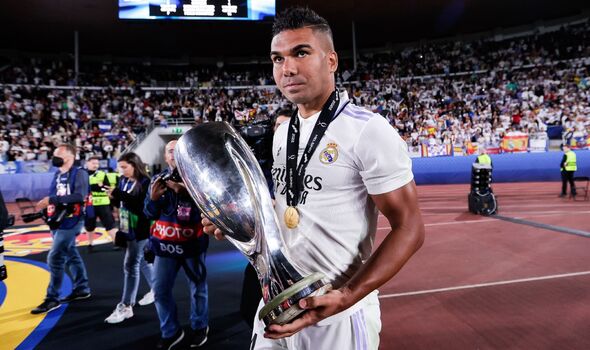 Meanwhile, United remain in the hunt for De Jong, despite a fruitless pursuit of the Barcelona star over the best part of the last 14 weeks. Ten Hag’s team are thought to have grown increasingly pessimistic over reaching a potential deal however.

Should De Jong depart Barcelona, his most likely destination appears to be Chelsea. The Dutchman is believed to prefer a move to a club able to offer Champions League football this term.

Paul Pogba and Bruno Fernandes 'are BOTH injured in collision..'