Celtic striker Leigh Griffiths claimed that he and his team-mates paid no attention to Rangers dropping more points on Sunday. Steven Gerrard’s team drew 2-2 against St Johnstone ahead of Celtic’s tie against Kilmarnock.

Griffiths scored Celtic’s third goal of the game in the 62nd minute, as the Hoops beat Killie 3-1 at Parkhead.

Celtic went into the game with the Rangers drawing 1-1 away at St Johnstone, with about half an hour of the match remaining.

Rangers went on to draw their game 2-2, leaving Celtic with a big chance to extend their lead at the top of the Scottish Premiership.

But, Griffiths was adamant that the team weren’t concentrating on Rangers’ result, and were instead focussed on doing their job against Kilmarnock. 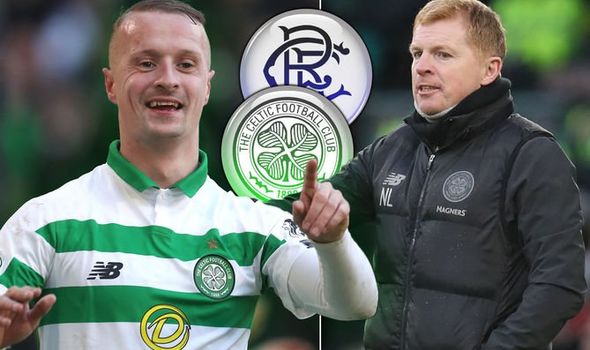 “The results elsewhere had no effect on us at all,” Griffiths said after the match.

“We go about our business, try and get three points and then worry about other results elsewhere after the game.

“Thankfully we scored three goals and we really could have had more.

“We’ve got a never-say-die attitude in this team.

“We just keep going from the first minute to the 90th minute.

“We’re relentless in everything we do, be it at training or on the pitch – and that’s really starting to show.

“Today, we had Broony, James and Olly all missing, but we’ve got players who can come straight in and put in a good performance.

“We’ve got great depth in this squad. That’s testament to the manager and all the guys behind the scenes, keeping everyone on their toes and working hard.” 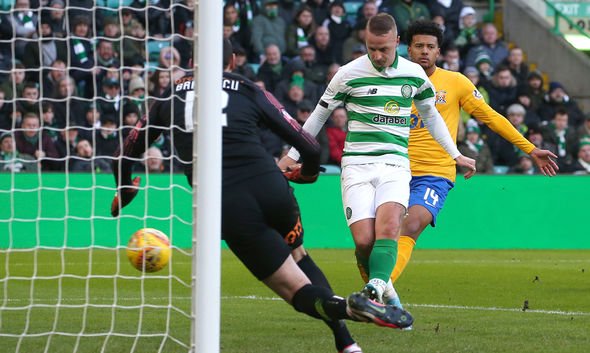 Celtic went behind early in their game against Kilmarnock, after Eamonn Brophy scored from the penalty spot inside seven minutes.

The Hoops piled on the pressure, and eventually equalised before the half hour mark.

Kristoffer Ajer scored his second goal in two league games to bring Lennon’s side back into the tie.

Star striker Odsonne Edouard gave Celtic the lead five minutes later, with Griffiths rounding off the win midway through the second half.

Celtic have continued their fine form, and are now 12 points ahead of their city rivals, albeit having played a game more.

They’ve won all eight of their league matches since the 2-1 home defeat to Rangers in December.

That Rangers defeat was the only time they didn’t win in the Scottish Premiership since the start of October.

Next up for Celtic is the Europa League second tie against FC Copenhagen on Thursday (8pm), before they head to St Johnstone in the Scottish Cup.