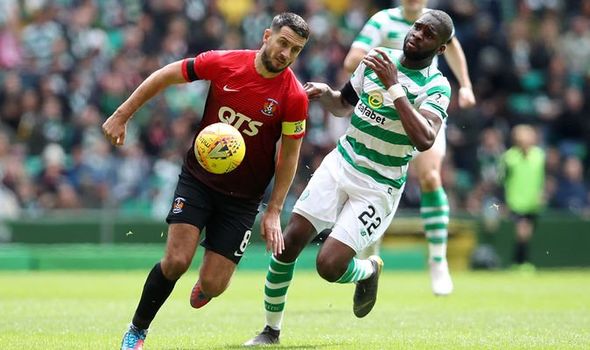 Celtic boss Neil Lennon: “It’s against difficult opponents who probably had a bitterly disappointing night in midweek but Alex has them playing pretty well. They scored goals in midweek and they obviously beat Rangers the week before. They are tough opposition and we will have to be very wary of them.”

Kilmarnock manager Alex Dyer: “We should have put the game [the Scottish Cup 4-3 loss to Aberdeen] to bed. We got to a point where the game was won. We made bad decisions at key moments. I’m gutted for the fans because we let them down.”

What time does Celtic vs Kilmarnock kick-off?

The Scottish Premiership clash gets underway at 3pm GMT this afternoon.

Can I watch Celtic vs Kilmarnock today?

Unfortunately for fans the in the UK, the match has not been selected for live television coverage.

However, those living outside of the UK can stream the action via Celtic TV.

Fans within the country have access to live audio of the game.