Cesc Fabregas has revealed how Jose Mourinho was key in his decision to join Chelsea after leaving Barcelona in 2014. The Spanish midfielder snubbed Manchester United and Manchester City in moving to Stamford Bridge, but only after Arsenal rejected the chance to sign their former player.

Fabregas enjoyed a trophy-laden spell at Chelsea, winning two Premier League titles as well as the FA Cup and the League Cup before moving to Monaco in January 2019.

But it could have been so different with the midfielder initially eyeing a return to old club Arsenal while both Manchester clubs were also interested after Fabregas called time on his Barcelona career.

The 32-year-old has now explained how former Chelsea boss Mourinho was influential in convincing him to join Chelsea – although only after Gunners boss Arsene Wenger opted not to take up an option on his former captain.

Speaking to the Arsecast podcast, Fabregas said: “Once I decide to leave (Barcelona), Arsenal will have the first option of any other club and I cannot speak to any other club for one week to see if Arsenal want me or not. 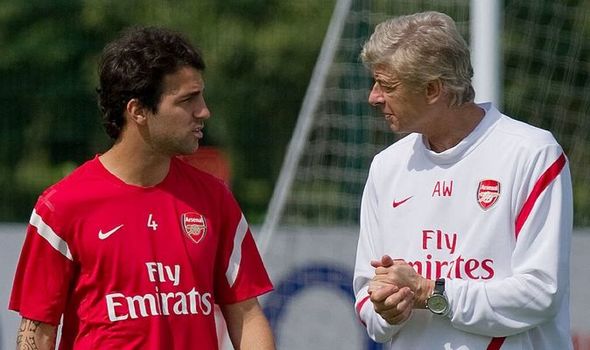 “Arsene [Wenger] didn’t give an answer, we just had to wait one full week to see if they responded. Definitely this was my first option, in my mind I’m telling everyone I’m going to Arsenal – this is what I want.

“Arsene can see this. I didn’t want to be a beggar, they know the situation, in one week they haven’t said anything, straight-away I knew they probably didn’t want me back. They waited the full week without giving me a response.”

Fabregas made over 300 appearances for Arsenal between breaking into the senior squad in 2003 and leaving the Emirates in 2011.

However, the Spaniard’s only major honour was a solitary FA Cup triumph in 2005 (although he was part of the side which won the Community Shield in 2004) and the search for silverware prompted a move away.

He also picked up his third major international trophy at Euro 2012, capping a period of dominance for Spain which also saw La Roja sweep opposition away at Euro 2008 and the 2010 World Cup.

However, this CV was not impressive enough for Wenger to re-sign the midfielder so he was forced to consider other options.

“After the week I had to take my chance. I had Manchester City, United and then I spoke to Mourinho – which I didn’t think would ever happen,” said Fabregas. 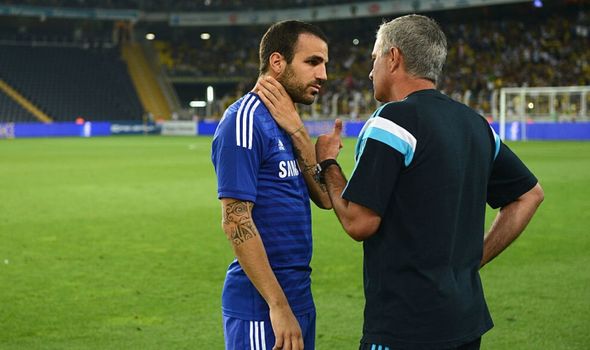 “To be honest, after I left the room with Mourinho I said ‘That’s it, I don’t need to talk to anyone else, I’m going to Chelsea.’

“What he told me, the team he wanted to make, what he thought of me, how he wanted me to play, this is what I wanted.

“On top of that it’s London not Manchester, London was my home.”

“I knew this would have repercussions with Arsenal, it would have been the same with City or United but I wanted to go back to the Premier League.

“Thank god that I took that decision because those five years I was very happy there. We’ve won everything in England, the most winning team in English football when I’ve been there. With the fans there was a connection that was impeccable.”

Barcelona 'prepared to use Junior Firpo in Lautaro Martinez deal'

Carla Ward: Sheffield United Women part company with manager
Recent Posts
This website uses cookies to improve your user experience and to provide you with advertisements that are relevant to your interests. By continuing to browse the site you are agreeing to our use of cookies.Ok