Heartwarming footage has shown how Lionel Messi was bombarded by Champions League mascots ahead of Paris Saint-Germain’s clash with Maccabi Haifa on Wednesday evening.

The young children – aged between seven and nine – were visibly starstruck when they spotted Messi ahead of PSG’s 3-1 win over Maccabi Haifa at the Sammy Ofer Stadium.

The kids couldn’t help but control their excitement and instantly flocked towards the Argentine International. Messi was as humble as ever and gave each child a hug before taking his place in the line-up. 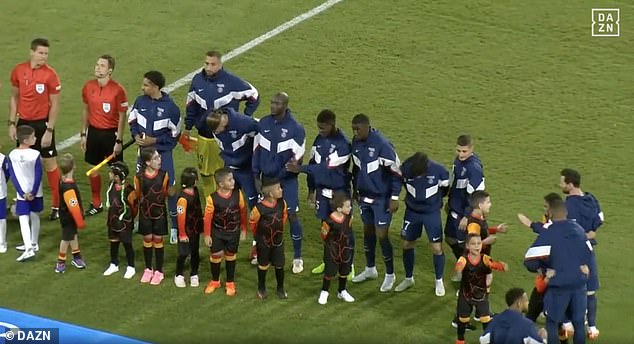 Messi and his team-mates were filmed walking out onto the pitch at the Sammy Ofer Stadium as the official anthem of the Champions League played in the background.

The children – who accompanied the players out on the pitch – looked visibly starstruck when they saw Messi make his way out onto the pitch. 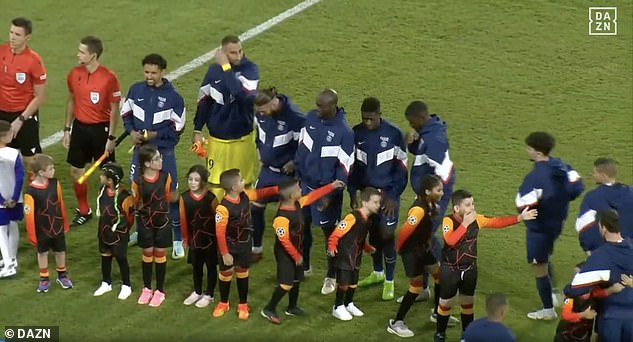 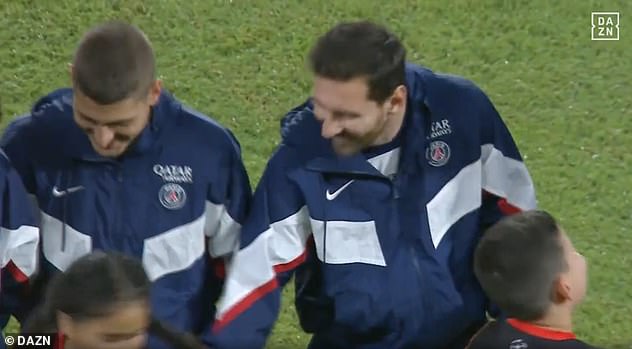 The kids gradually broke their formation one by one to approach Messi for a hug. The Argentine international had about five children hanging off him at one point.

Messi is no stranger to this kind of attention and greeted each adoring fan with a smile. He also gave each child a hug before taking his place alongside his team-mates.

Messi went on to score PSG’s first goal of the game in the 37th minute and set two new Champions League records.

The 35-year-old star found the back of the net from close range to draw PSG level with Maccabi Haifa after the Israeli side initially took the lead. 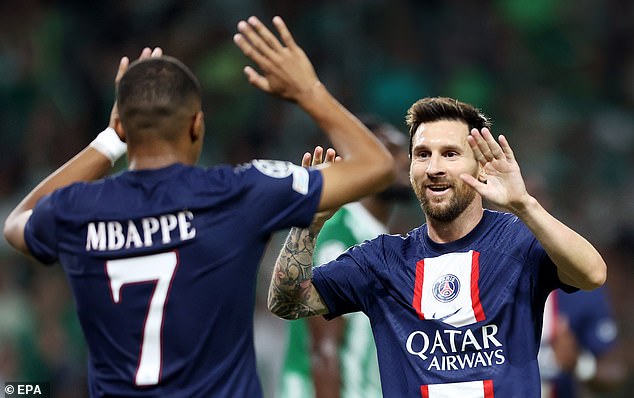 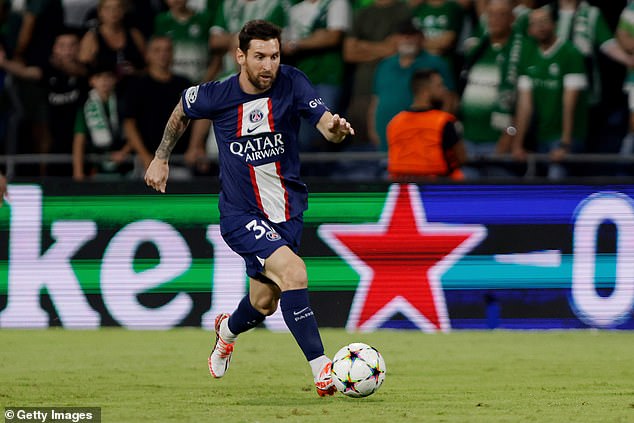 Messi’s strike on Wednesday evening also marked the first time the Argentine international had scored against a club from Israel.

His first goal came during the 2005-2006 season when he found the back of the net against Greek team Panathinaikos.

Kylian Mbappe and Neymar added to PSG’s tally – marking the first game in which all three stars have found the back of the net. 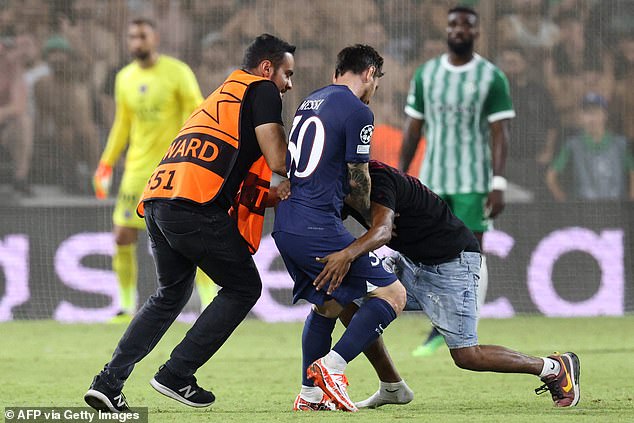 Messi performance was praised by the PSG fans. However, one supporter took it too far and broke out onto the pitch to approach the Argentine (above)

Messi’s performance was praised by the PSG fans. However, one supporter took it too far and broke onto the pitch to approach the Argentine.

The fan ran onto the pitch and attempted to hug Messi during the UEFA Champions League Group H match. A steward was quick to react and ran over to defend Messi.

The fan was escorted out of the Sammy Ofer stadium and play continued in the city of Haifa.