Ajax scored after 47 seconds as they shrugged off disrupted preparations to beat Midtjylland 2-1 away for their first win in Champions League Group D.

Brazilian striker Antony opened the scoring inside the first minute with skipper Dusan Tadic netting the other as Ajax moved into second in the standings with four points after three games.

Anders Dreyer netted the first goal for the Danish rookies in the group phase, but they remain bottom without any points. 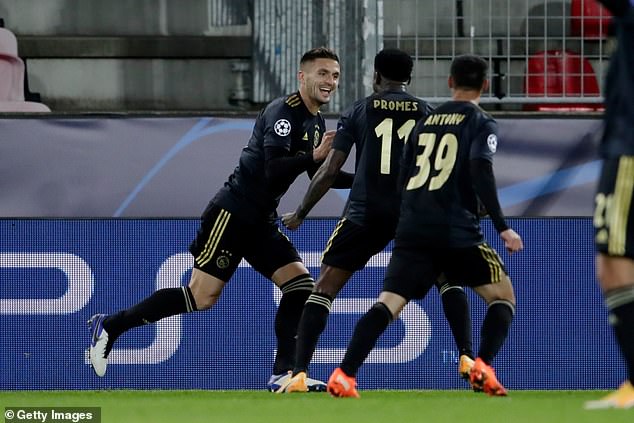 Ajax’s preparations had been severely disrupted as they were forced to leave behind key players, suspected of being infected with COVID-19, when they travelled to Denmark on Monday.

Yet the likes of first-choice goalkeeper Andre Onana and captain Tadic, were later allowed to join up with their team mates.

Ajax, citing privacy laws, had refused to provide individual medical details and it was not clear until hours before kick-off whether they would be able to field a full-strength side.

Yet the pre-match confusion was quickly forgotten as Antony was set up by Tadic, allowed time to steady the ball and turn onto his left foot to rifle home inside the opening minute. 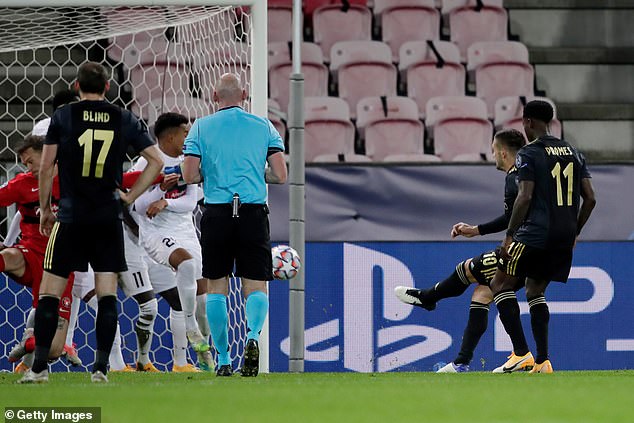 The Dutch club were 2-0 up in the 13th minute when goalkeeper Mikkel Andersen picked up a back pass, conceding an indirect freekick inside the six-yard box.

Midtjylland lined up every player on their goal-line but were still unable to block Tadic’s blast from point-blank range.

After their horror start, Midtjylland were quick to pull a goal back when Dreyer was allowed plenty of room to drive the ball home from just inside the Ajax penalty area in the 18th minute and continued to look dangerous throughout the game.

Yet Ajax went closest to scoring again when Antony had the ball in the home net in the 65th minute but his effort was ruled out for offside after a VAR check. 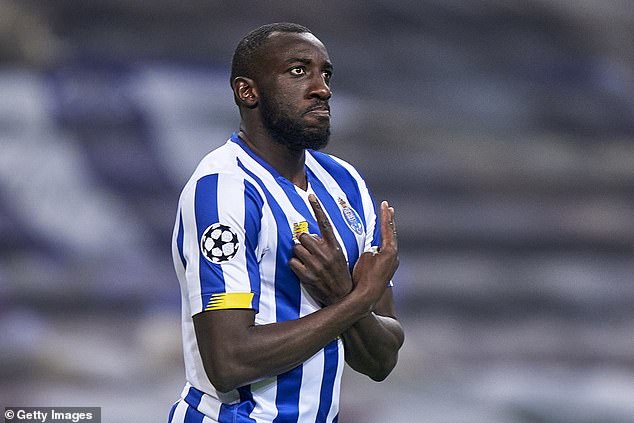 Moussa Marega (above), Sergio Oliveira and Luis Diaz scored for Porto against Marseille

Porto beat Marseille 3-0 in Group C on Tuesday, inflicting a record 12th consecutive defeat in the Champions League on the French club and leaving Andre Villas Boas’s team on the brink of elimination.

Moussa Marega, Sergio Oliveira with a penalty and Luis Diaz found the back of the net, while Dimitri Payet missed an early penalty for Marseille.

The result meant Porto stay second on six points, three behind Manchester City who maintained their perfect record with a 3-0 win over Olympiakos.

Marseille, the 1993 champions, have now matched Belgian side Anderlecht’s infamous record in the Champions League from 2003-2005, and have not scored a goal since Souleymane Diawara did in 2013 in a 2-1 defeat against Borussia Dortmund.

Marseille’s last win in Europe’s premium club competition came in 2012, when they beat Inter Milan 1-0 in the first leg of their last-16 tie.

Striker Alassane Plea scored a hat-trick as Borussia Moenchengladbach crushed their hosts Schakhtar Donetsk 6-0 on Tuesday to take over from them at the top of their group in the Champions League. 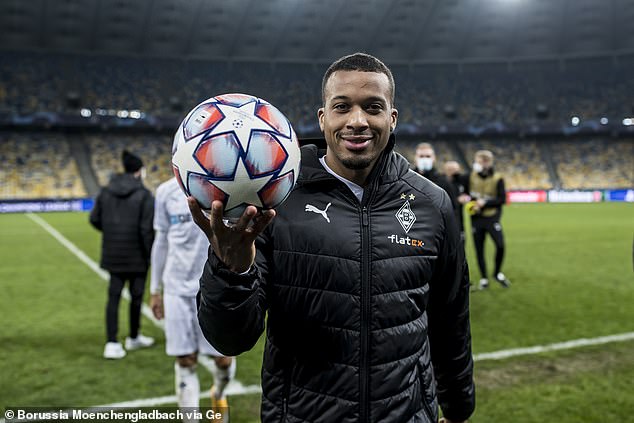 Glabdach, who conceded late equalisers in their previous group matches against Inter Milan and Real Madrid, scored four in the first half, with two coming from the 27-year-old Plea, to kill off the game and eventually earn one of the largest away wins of the competition.

Gladbach, now on an eight-game unbeaten run in all competitions, caught Shakhtar by surprise with a two-pass counter attack and Stefan Lainer finding space down the right to cut back for Frenchman Plea, who scored with a crisp finish in the eighth minute.

They doubled their lead nine minutes later when Christoph Kramer’s shot from outside the box took a deflection from Valeriy Bondar to send Shakhtar keeper Anatoliy Trubin the wrong way.

A Plea missile from 25 metres put the game beyond the hosts before Ramy Bensebaini added a fourth a minute before the break.

Lars Stindl made the most of a Trubin error to put his team 5-0 ahead in the 65th, before Plea beat the offside trap to complete his hat-trick with a fine finish.

When are the Premier League fixtures announced and how are they decided?