Home » Championship play-off final prize money: How much can Swansea and Brentford earn?

Brentford are hoping to put last year’s Championship play-off heartbreak behind them when they take on Swansea at Wembley Stadium – but how much is promotion to the Premier League worth to both sides?

Thomas Frank’s side lost to Fulham nine months ago but he is determined to lead the west Londoners into the big time.

“That experience from being there last year will help in a way, but it is not like we are suddenly 20% better.

“It will be a tight game which will go down to the finest of margins. 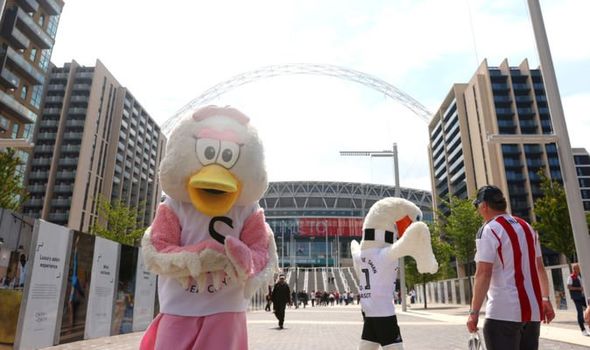 “It is very important we do everything we can to be brave and make sure that when we look back we do not regret anything.”

Swansea boss Steve Cooper said: “It would mean everything.

“The club has been there before, long before I was here, and that journey was a special one.

“Then it was taken away through relegation, the club has had to re-establish itself with a different identity and rebuild.

“We’ve got to this last game of the season and given ourselves a 50-50 chance of winning. It’s something we’ve got to really go for.

“It’s a massive motivation for us to get the job done.”

How much is winning the Championship play-off final worth?

In 2020, Deloitte claimed that victory in the play-off final may see revenue rise from between £135million to £265m, depending on whether a promoted team can avoid immediate relegation.

Each club was guaranteed £82.5m, regardless of their position in the table.

They will also be handed merit payments which depend upon how many games were televised and where they finished in the table.

The battle for defensive football: Liverpool vs Atletico Madrid will prove if all-out defence still has a place in the modern world