Chelsea star Christian Pulisic has handed boss Frank Lampard a huge boost as he closes in on returning from injury. The 21-year-old has been sidelined since New Year’s Day but the player claims he is now “super close” to returning to the field.

Lampard is currently dealing with an injury crisis at the club as the number of first-team players on the sidelines continues to build.

However, Pulisic has given his boss a positive update as he closes in on returning to the Blues’ first team.

The American, who has been unavailable since Januarym after suffering a tear in his abductor muscle, provided an update on his return on social media.

“Very thankful for your support,” Pulisic wrote on Instagram. 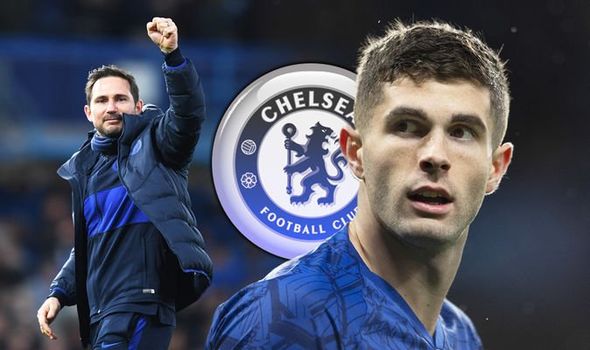 “Working so hard and super close to a return.”

Pulisic is currently one of multiple Chelsea players who Lampard is unable to pick.

Ruben Loftus-Cheek, N’Golo Kante and Callum Hudson-Odoi are all currently out.

Loftus-Cheek has been sidelined since May after he ruptured the Achilles tendon in a post-season friendly against New England Revolution.

Kante is still recovering from an adductor injury he picked up in Chelsea’s 2-0 loss to Manchester United in mid-February.

And while Hudson-Odoi had been making progress to return from his hamstring injury, he has been dealt a new setback after he aggravated it during a training session on Thursday – he is now set for a longer spell on the sidelines.

Lampard also has concerns over the fitness of Mateo Kovacic and Willian as they both came off during the Blues’ 2-0 FA Cup fifth round win over Liverpool.

“Both have got an Achilles’ issue,” Lampard confirmed after the game.

“Willian hopefully is not too bad, that is what he is reporting there so we will see how he is tomorrow. Kovacic’s feels slightly worse. Hopefully not too drastic, so we’ll see.” 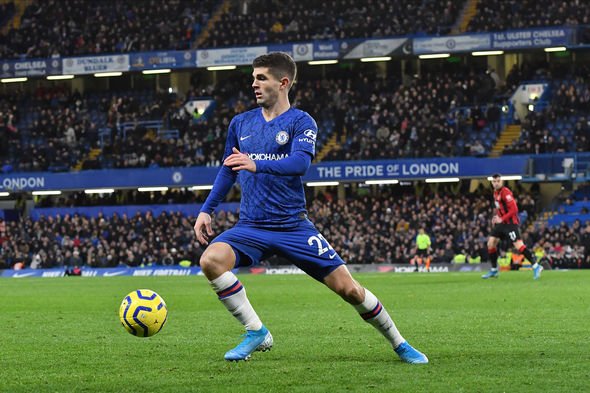 Because of the number of key players out injured Pulisic’s return will be important for Lampard as he tries to hold onto a top-four finish this season.

Chelsea are currently fourth in the table on 45 points and are five points off third-placed Leicester City.

However, the Blues are being chased down by several teams who also have an eye on Champions League football next season.

There are four teams within two wins of catching Chelsea, with United and Wolves only three points off, while Tottenham and Sheffield United are both five points behind.

Although Pulisic is not expected to be back in the starting XI to face Everton at Stamford Bridge this Sunday, he could return to face Aston Villa the following weekend.

And this would help Lampard as along with his current injury problems he will be without Jorginho.

The Italian will miss both games against the Toffees and the Villans, after he collected his 10th yellow card in the Premier League.

NHS Charities Together Cup: Full schedule and how to watch all-star tournament