Chelsea ace Mason Mount has admitted that he “couldn’t get near” Thiago Alcantara when the Blues took on Bayern Munich in the Champions League. The west Londoners endured two painful ties against Bayern in the round of 16, which saw them crash out of the competition in a 7-1 aggregate defeat.

Frank Lampard’s side was completely outclassed by the Bavarians, who went on to win the Champions League after beating Paris Saint-Germain 1-0 in the final thanks to Kingsley Coman’s winner.

Mount remembered the masterful performance of various Bayern stars, such as Robert Lewandowski who scored three goals across both matches.

But the Chelsea midfielder was particularly impressed with Thiago, whose dominance on the pitch made him realise where he has to take his game to compete at the top level. 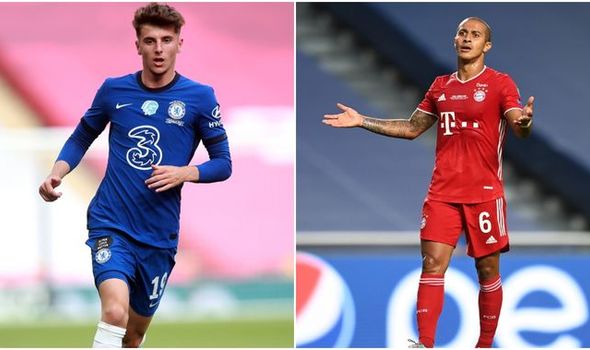 “Bayern have some unbelievable world-class players… Lewandowski, [Joshua] Kimmich and Thiago in midfield, I just couldn’t get near him.

“They moved the ball around the team so quickly. When you’re up against players like that you’re thinking, ‘How are we going to stop this?’

“It was a big moment, it opened my eyes. It made me realise, ‘This is the next level, this where you need to be’. 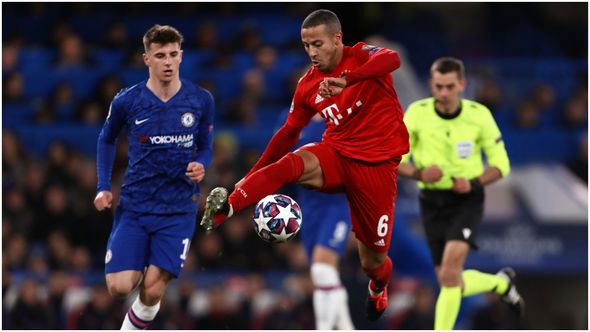 “And I am determined to work hard and reach that level.

“The Bayern team have been together for a very long time, they know each other inside out and they’re all world-class players that have played hundreds of games; World Cups, Euros, big Champions League finals.

“They’ve been through it all so they had a big advantage over us younger boys. Obviously it’s difficult to take a loss, but when you go through a game like that you learn so much, you learn so much more than if you win 3-0.

“It was a tough lesson, but we’ve taken so much from that experience and we’ll come back stronger.”

Mount may have to face Thiago again this coming season as the Spain international has been linked with a move to Liverpool.

The midfielder appears to have agreed personal terms with the Reds and the Premier League champions now need to reach a deal with Bayern.

Manchester United have also joined the race but their interest might cool off considering the imminent arrival of Donny van de Beek from Ajax.