Emerson Palmieri has refused to rule out a return to Serie A as speculation continues to mount over his potential departure from Stamford Bridge. Chelsea boss Frank Lampard is on the hunt for a new left-back with both Emerson and Marcos Alonso expected to leave this summer.

The Italian full-back has been widely tipped to reunite with former Blues manager Maurizio Sarri at Juventus, having lost his first-team spot under Lampard earlier this term.

Emerson has only made 18 appearances across all competitions for the Blues so far this season, in comparison to 27 outings under Sarri in 2018/19.

And while he recently spoke out to deny reports he is unhappy under Lampard’s regime, the 25-year-old has indicated that he would consider a return to Serie A at some point in his career after successful spells with Palermo and Roma between 2014 and 2018.

“I was very happy in Serie A, including with the culture, which is also why I chose to play for Italy,” Brazilian-born Emerson told Sky Sport Italia. 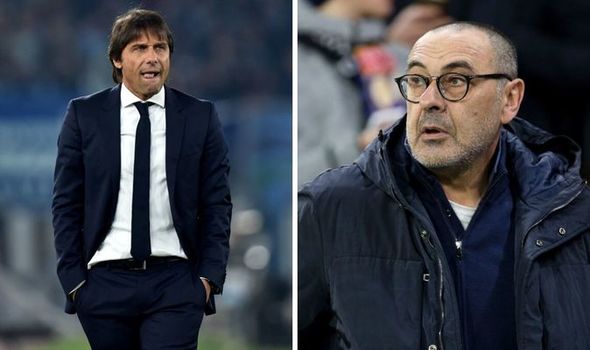 “A return to Serie A could happen, but I have a contract with Chelsea and I’m in no rush to go anywhere.

“It has been a wonderful experience at Chelsea, as first there was [Antonio] Conte, so obviously it was easier to deal with an Italian coach.

“As for [Maurizio] Sarri, I’ve no words for what a marvellous year we had, as we finished third in the Premier League, reached the Carabao Cup final and won the Europa League. We can’t complain!”

Emerson is under contract at Chelsea until 2022, having joined for £18m in January 2018, and conflicting reports suggest the Blues value the defender at anywhere from £17m to £35m.

As well as Juventus, Napoli have been linked with a move while Inter Milan are also thought to be monitoring the attacking full-back – making Emerson’s praise of both Conte and Sarri in his recent interview even more intriguing.

“I learned a lot from Conte, he proved himself to be a fantastic coach, but I think for the time we worked together and the results we achieved, I got even more from Sarri,” Emerson said.

“[Luciano] Spalletti at Roma is more of a friend or a father figure, he talks to you every day, asks about your family, makes sure you’re happy. Sarri is more focused on the pitch, but you can tell he’s got a gigantic heart, even if he doesn’t speak as much.

“They are quite similar, although Sarri is more tactical and focused, while Spalletti leaves a little more room for fun in his training sessions. Sarri definitely got angrier!” 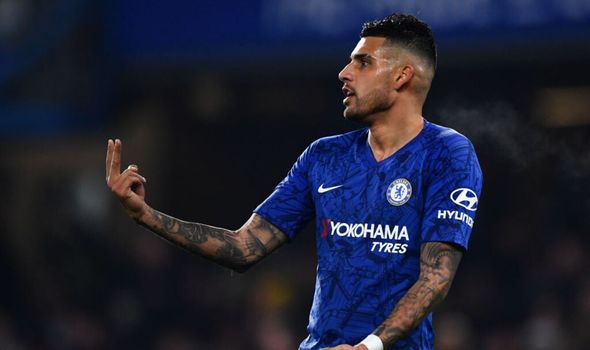 Emerson went on to comment on his current manager Lampard, revealing how impressed he has been with the 40-year-old.

“He is very intelligent, he is young and he knows how to communicate with the players,” said Emerson.

“He was an idol here at Chelsea; he will grow a lot. All the fans are in love with him.

“Every day I try to listen to him, he was a fantastic player, I’ve never seen a midfielder capable of 400 goals. Before, I only saw him in video games, working with him gives you a wonderful feeling.”