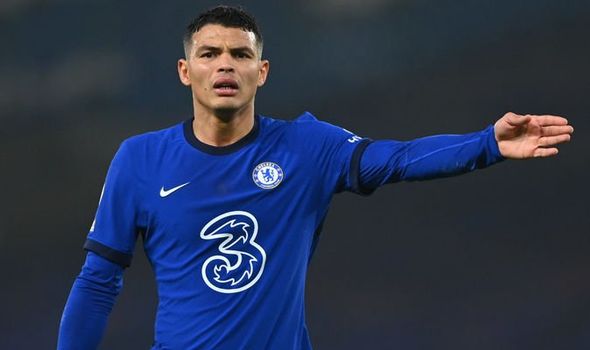 Thiago Silva is set to extend his deal at Chelsea for another year. The Brazilian defender signed an initial 12-month deal when he joined the club from Paris Saint-Germain as a free agent last summer.

The 36-year-old has proved a significant addition for Chelsea with some impressive performances under both Frank Lampard and his successor Thomas Tuchel.

Chelsea had an option to extend Silva’s deal in the original agreement, and the club want him to stay, but now the Brazilian is ready to put pen to paper on a new agreement.

Silva has missed the last eight Chelsea games with a thigh problem, but the Blues hope he will be fit after the international break.

The classy centre-back worked under Tuchel at PSG, but since he has been out, the Chelsea boss manager has brought Antonio Rudiger back into his side.

The German international had seemed out in the cold under Lampard – with Tottenham making an offer for him at one stage. 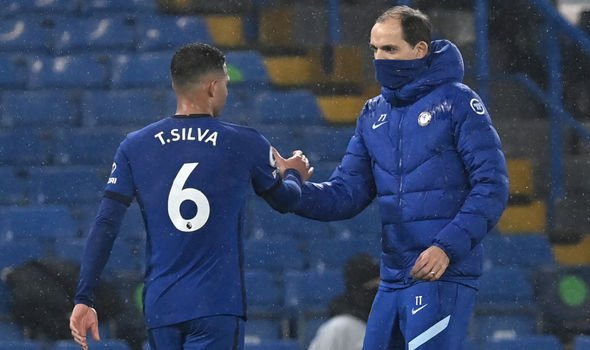 Rudiger, now 28, has also indicated that he wants to stay at Stamford Bridge.

And Tuchel has been full of praise for Silva, while Rudiger has also received plaudits for his performances under his compatriot at Stamford Bridge.

Tuchel said of veteran South American Silva: “About his contract it’s too early and not the surrounding now to speak about it.

“But if you watch the celebration pictures carefully you will see how young he looks.

“He was running up and down the stairs, he was dressed like a 28-year-old. So I think there’s still a way to go.

“I’ve known Thiago now for many years, we had a fantastic partnership at Paris St Germain,” said Tuchel.

“He was an absolutely reliable partner as captain for me as a coach from the first minute I stepped in. 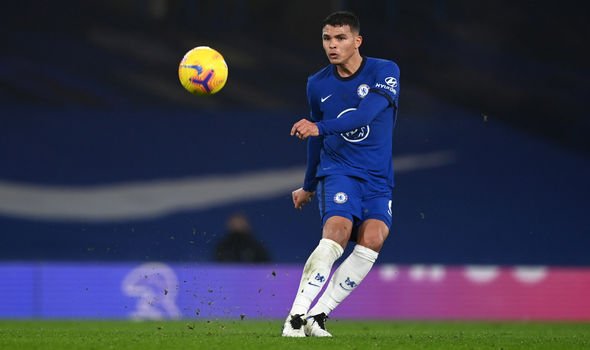 “This does not change in football, not at the highest level and not in the park round the corner.

“And this is what football can do, and to create an atmosphere like this, you can totally rely on Thiago. He absolutely sees himself as a team player, he lives for the team that he plays for.”

While Rio Ferdinand said of Rudiger recently on BT Sport: “I think he’s a solid defender.

“I think on the ball, you can see some weakness in his game, but defending-wise, you can see an edge to him we haven’t seen in a while especially under Frank.

“It was obvious Frank didn’t fancy him as a defender and that happens in your career, it can’t just be a bed or roses for everyone, but he’s responded ever so well since he’s been called upon by the new manager.”