Chelsea have reportedly been informed by Barcelona that they can pip Manchester United to a deal for Frenkie de Jong in private talks. The Dutch midfielder has been linked with a switch to Old Trafford all summer, but a deal has failed to materialise after weeks of tedious negotiations.

Although Manchester United have been courting De Jong ever since Erik ten Hag became the club’s new manager earlier this summer, Chelsea have emerged as rivals for the midfielder’s signature in recent weeks.

And now, a new report from CBS Sports Golazo, via The Football Terrace, has outlined that the Blues have been told that De Jong is available by Joan Laporta. The Barcelona president has even ‘encouraged’ the Londoners to make a bid for the former Ajax man.

Chelsea are ‘genuinely interested’ in De Jong, but after watching the midfield publicly quash talk of a Nou Camp exit, they are adamant they will not make a formal move until they can gauge whether or not the 25-year-old would be seriously interested in a move to Stamford Bridge. 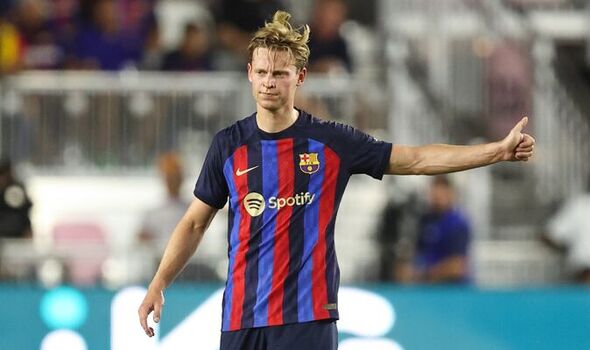 Barcelona and Manchester United have finally agreed on a financial package worth €85million (£72.2m) for De Jong, but it remains to be seen if the playmaker and United will be able to come to an agreement on terms to close the deal.

De Jong has stressed on more than one occasion that he is happy to stay at Barcelona, and the fact that Manchester United would be unable to offer Champions League football is also seen as a potential stumbling block to any deal being finalised. Chelsea, however, booked their spot in the Champions League by clinching a third-placed finish last term.

A new report from Sport on Wednesday claimed that De Jong has ‘not ruled out’ the prospect of joining Chelsea given that he is aware Barcelona would like to offload him this summer. 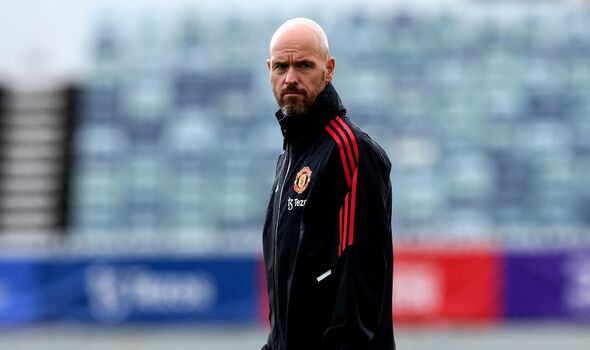 Negotiations to prise De Jong away from the Nou Camp this summer have been further complicated by the fact that Barcelona owe the midfielder in excess of €20m (£17m) in unpaid wages.

Barcelona boss Xavi Hernandez left De Jong out for the starting line-up during Barcelona’s pre-season win over Inter Miami, and the midfielder was deployed in defence when he was introduced as a substitute in Miami.

The Spanish giants need to cash in on De Jong to ensure they can register their new summer signings with La Liga. Barcelona have already concluded deals for Robert Lewandowski, Raphinha, Andreas Christensen and Franck Kessie ahead of the new season.