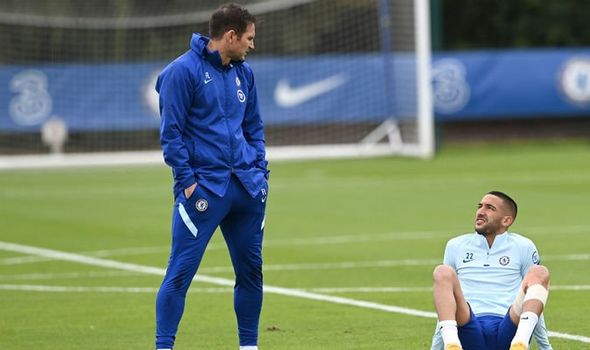 Frank Lampard has defended Chelsea new-boys Hakim Ziyech and Kai Havertz after the pair were criticised for dribbling too match ahead of the Blues’ draw with Manchester United. The west Londoners held United to a 0-0 draw at Old Trafford on Saturday evening in a game that won’t live long in the memory.

Chelsea dominated large portions of the match but were unable to convert their possession into any chances, much to the frustration of many of the Stamford Bridge faithful.

The Blues’ overplaying was recently highlighted after their 3-3 draw with Southampton, with former Everton midfielder turned pundit Tim Cahill saying: “You see the goals they concede. You see [Kai] Havertz, he’s trying to do a trick.

“Trying to nutmeg someone and he loses it. Ings is on the front foot, they’re ready, waiting and pounces.

“They’re all little errors and mistakes from individuals. 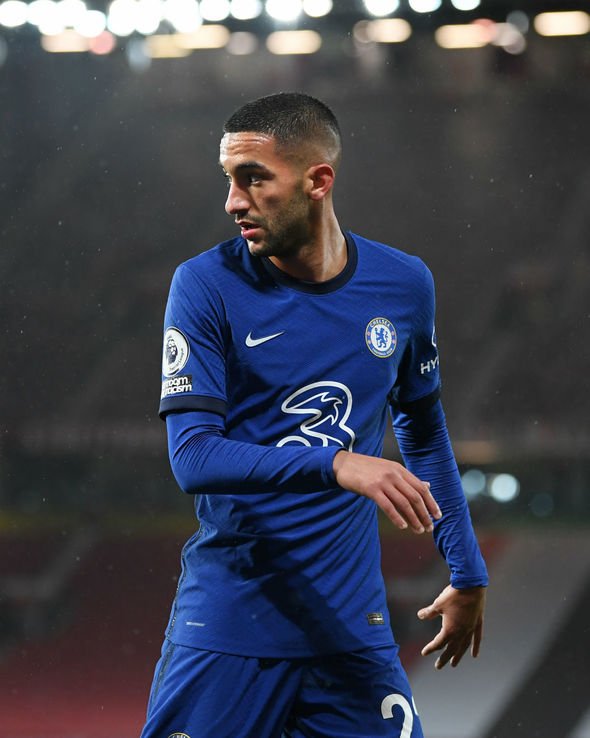 “He brings on Ziyech and again dribbling, when to dribble, what areas to dribble, understanding where to do it.

“There’s non-negotiables and they are don’t try and nutmeg someone on the edge of your own area, the other non-negotiable is stop dribbling and taking on 10 players.”

Although Ziyech and Havertez – 27 and 21 respectively – have yet to fire on all cylinders, Lampard insists he’s happy with the pair’s progress so far.

“I am very happy with Timo [Werner],” Lampard told said after his team’s drab draw with Manchester United.

“If you go back to the game before that, he scored two goals and Kai Havertz scores a goal. I am least worried about the front end of the pitch with the players that we have there.

“It is normal that it will take some time for relationships [to build].

“For when we have got to put the ball in behind, the ball into feet, clearly these things are going to take time to build.

“The reason we brought Timo and Kai into the club is to add to the quality we already have here. 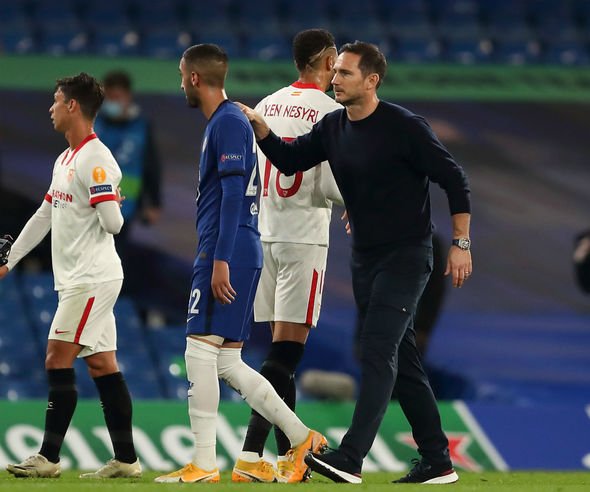 “Hakim Ziyech is looking like he is getting close to starting a game with his fitness. I have no worries about that.

“The last bit didn’t happen for us today. It is normal, that happens in football but I am very happy with the players.”

Chelsea will be back in action on Wednesday night, travelling to Russia to take FC Krasnodar in their second Champions League Group E match.

Arsenal vs Wolves – Premier League: Live score, lineups and updates
Recent Posts
This website uses cookies to improve your user experience and to provide you with advertisements that are relevant to your interests. By continuing to browse the site you are agreeing to our use of cookies.Ok