Chelsea take on Manchester City on Saturday in the UEFA Champions League final, where Tuchel will look to grab the opportunity to capture the first silverware of his tenure.

And, speaking ahead of the match, the Blues boss said he wants his players to embrace the fear ahead of the biggest football night of their lives.

That’s because, as a lifetime student of human nature, he knows how the body is designed to deal with adversity appropriately.

Moreover, he knows first-hand how odd it is if you don’t react quite as expected to major incidents that affect you.

On April 11, 2017, the Dortmund team bus was attacked by three pipe bombs filled with nails.

One player broke his wrist but thankfully the toughened glass of the vehicle prevented any further casualties to the squad. 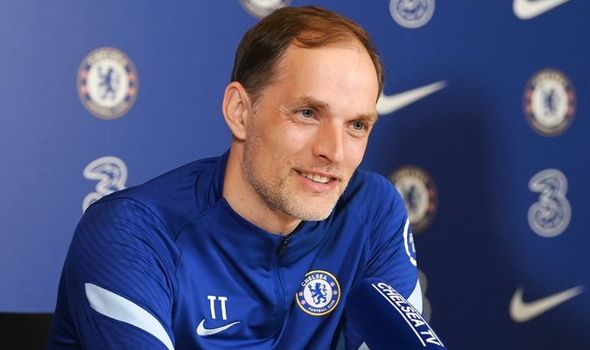 “My wife constantly tells the story that I went home late, of course. I drove home. I wrote to her that ‘everything is ok, don’t worry’.

“They were quite freaked out but I came home a little bit like a robot, not talking too much about it. I was in front of the TV watching Barcelona against Juventus because it was a Champions League night.

“I hide it maybe somewhere, but it’s still there and it did not have the huge impact that you maybe can imagine.”

Tuchel revels in his role as a buffer between his players and their emotions – his high-energy style of motivating them giving little room for the doubts to creep in through the cracks.

“If they sometimes think the coach is crazy, good, good,” he smiles.

“If they sometimes are even a little bit in fear, good, even better! A little bit of fear is always good.

“And if we can laugh it out and if they are in the end not scared to express their feelings, then it’s the way.

“We are all a little bit crazy and this is part of the job.”

It’s almost as though Tuchel was born to be a “people person”.

His mother was a devoted carer.

“We have always treated everybody totally equally,” Tuchel said.

“I learned from my parents and from my mother, who worked her whole life with disabled and disadvantaged people, that there are no differences to make.”

Then when his football career ended abruptly and he was forced to fund his return to college by working as that most stereotypical of sounding posts – the local barman.

Although it was a respected position he had to earn the hard way.

“First of all I was a glass collector, collecting all the empty glasses and bottles,” he said.

“Then, the next step was I could serve because I was safe enough with the tray.

“Later, maybe after two or two-and-a-half years, I was behind the bar.

“Was I like Tom Cruise with the cocktails? Absolutely, yes.

One thing is for sure, win in Porto and it will not be Tuchel leaping about the bar at the party afterwards.

“Maybe I’m not the guy to dance on the table, but I will be so super-happy if we win and I see my team, my staff, the families and when I feel what it means to my family and to people around my family, to my grandma and to others.

“This is huge for me, and we will have fun if we go out.

“We will have fun. I don’t usually drink – maybe one or two gin and tonics. But I’ll not drink a still water all night.”