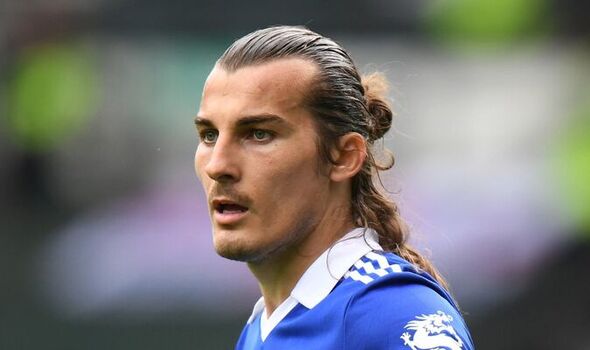 Chelsea will have to make an astronomical offer in order to prise Wesley Fofana away from the King Power Stadium but one of his Leicester City team-mates, may actually represent an attractive, left-field opening for Thomas Tuchel. Caglar Soyuncu is currently in limbo with the Foxes after entering the final 12 months of his contract.

Having fallen out of favour in the second half of last season under Brendan Rodgers, the Turkey international is now at a crossroads in his career.

Soyuncu, however, remains firmly committed to Leicester for the upcoming season but an offer from elsewhere in the final month of the transfer window could ultimately swing the balance.

Leicester are the only club in Europe’s top seven leagues yet to make a summer signing, which is undeniably bizarre given the club’s faultless recruitment model that has seen them sign several diamonds in the rough.

However, the lack of outgoings is believed to be a key factor behind the tightness of Rodgers’ purse strings as Leicester wait for potential offers to arrive. 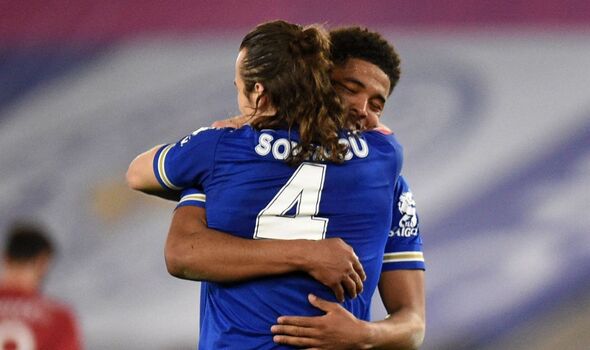 “I’m a Leicester player,” Soyuncu told the Times. “I’m very lucky to have been given a fantastic chance by Leicester. The season is starting and as long as I’m one of the players here, I’ll give 100 per cent and do the best I can do.

“My priority is Leicester because I cannot forget the importance of the club and what coming here has done for my career. I developed as a player here. Leicester is like a family to me. That’s what the club represents to me – a huge family – and huge ambition.”

Much like Youri Tielemans, Soyuncu’s dwindling contract means the club could be forced to consider a sale should a suitable offer arrive.

With Fofana tied down to a long-term contract in the East Midlands, he is unlikely to come cheap and would more than likely cost up to £60m.

Soyuncu could be available for less than half of that figure and in essence, it could prove to be a bargain for Chelsea.

He may not be as good as the Frenchman but Soyuncu is excellent in a back-three and loves to come out with the ball and move it forward into the second third of the pitch.

He is a natural ballcarrier from the back that would be perfect alongside the likes of Thiago Silva and Kalidou Koulibaly.

Chelsea are unlikely to consider a left-field swoop for Soyuncu but it would allow them to prioritise strengthening other areas of their squad.

On the basis of the 4-0 defeat to Arsenal in Orlando, it’s clear the Blues are also missing some magic in attack.

Soyuncu’s performance levels have slightly dropped of in recent seasons but he is still only 26 – which is the perfect age to continue his development.

He is more than capable of stepping up and playing regularly Champions League football with Inter Milan among those monitoring his situation.

But in a saturated market that is littered with inflated prices, Soyuncu represents a bargain. If Tuchel and Todd Boehly are brave enough to potentially underwhelm supporters by snubbing a sexy, mega-money signing, this could turn out to be an excellent deal…