Tiemoue Bakayoko is expected to leave Chelsea this summer and is reportedly set to join AC Milan on loan. The Frenchman impressed during a temporary spell at the San Siro in 2018/19 and the Serie A side are keen to re-sign the midfielder.

Chelsea are conducting a squad overhaul this summer with manager Frank Lampard expected to offload a number of players who are considered surplus to requirements.

Bakayoko falls in that category, with the Blues already well-stocked in central midfield thanks to the presence of N’Golo Kante, Jorginho, Mateo Kovacic, Billy Gilmour, Ruben Loftus-Cheek, Mason Mount and Ross Barkley.

The 26-year-old spent last season on loan with former club Monaco and reportedly attracted attention from Paris Saint-Germain earlier this summer, but he now looks set for a return to Italy. 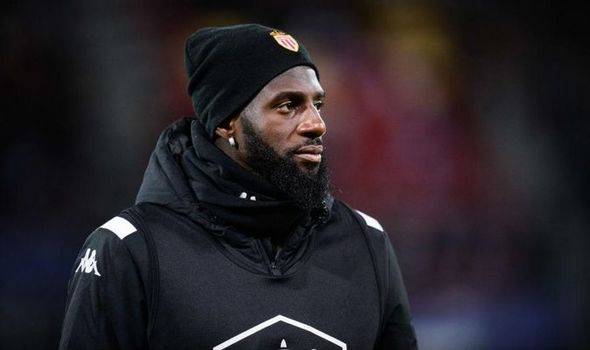 He then followed this with an update on Saturday, saying: “AC Milan are getting closer to Tiemoué Bakayoko.

“Positive talks on last hours with Chelsea – it’d be a loan with buy option in June 2021, confirmed.

“Bakayoko wants to come back and personal terms agreed. Work in progress.”

Chelsea spent £40million on Bakayoko back in 2017, buying the combative midfielder from Monaco after an eye-catching run in the Champions League.

He made 43 appearances across all competitions under Antonio Conte during his debut season at Stamford Bridge, but failed to consistently impress.

Bakayoko was subsequently loaned to AC Milan and began to rebuild his reputation, while another temporary spell at Monaco last term has seen his stock rise further.

Chelsea are keen to sell Bakayoko outright and put the funds towards their transfer kitty this summer, but the Blues may be forced to accept the promise of a permanent deal next year due to the financial impact of the coronavirus crisis.

Michy Batshuayi and Emerson Palmieri are also set two leave this summer while Kante and Jorginho have also been linked with moves away if the west London club need extra cash.

They have already spent £86.4m on the signings of Hakim Ziyech and Timo Werner while another £50m is expected to be spent on Ben Chilwell next week.

Club director Marina Granovskaia is also thought to be in negotiations with Bayer Leverkusen over a deal for Kai Havertz, with a deal costing anywhere between £70m and £90m.