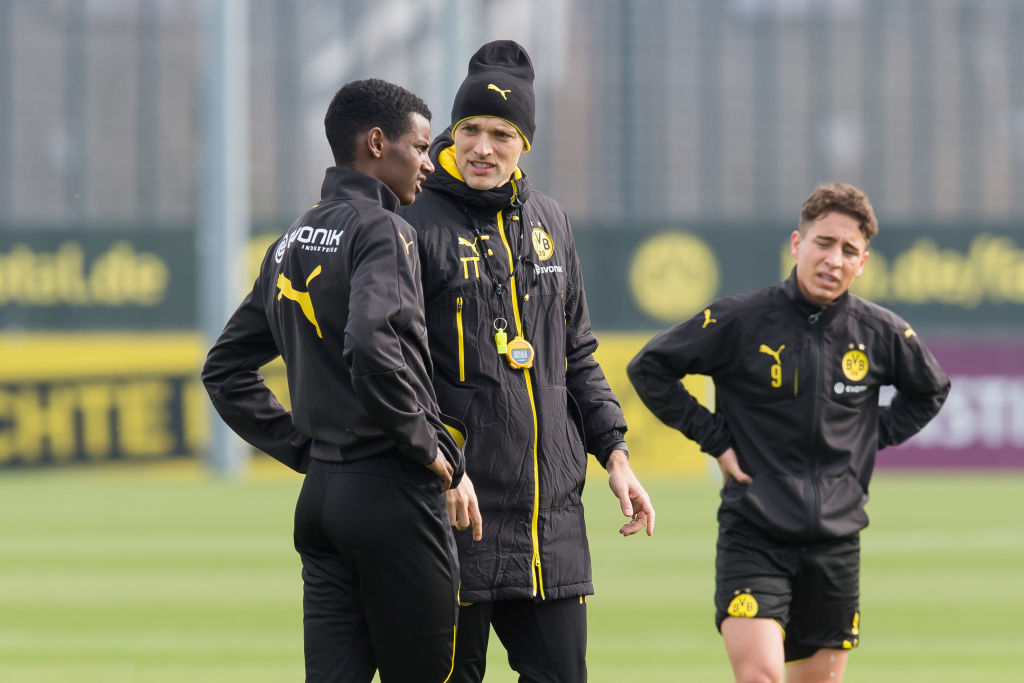 Chelsea are considering a move for Real Sociedad striker Alexander Isak as an alternative to Erling Haaland, with Thomas Tuchel having worked with the striker at Borussia Dortmund.

The west London club have made a new number nine their top priority this summer but look set to miss out on Haaland, who will stay at BVB for one more year, so have had to draw up a new list of targets.

Isak is one of the highest-rated young strikers in Europe and has impressed at Euro 2020 for Sweden, while Arsenal are rumoured to be keen to lure him away from Sociedad.

Now AS report that the Gunners are not the only Premier League side interested in Isak, with Chelsea also following him closely and considering making an offer.

Isak will not come cheap, though, with Sociedad adamant he will not be sold for less than his £60million buyout clause; Dortmund did have a £25m buyback agreement, but the Spanish side have bought that out as they look to land a mammoth fee.

Chelsea boss Tuchel knows Isak from their time in Germany, though they only worked together briefly with the Swede’s arrival actually a point of conflict between the manager and Dortmund’s board.

Tuchel had not been informed of Isak’s arrival back in January 2017, and he would part company with the club just a few months later, though he was appreciative of the then teenager’s ability and talent.

‘Alex is a very strong striker, who can play with his back toward goal and is strong in the combination,’ said Tuchel at the time. ‘He scores a lot of goals, so it is great to have him here.

‘The signing of Isak makes perfect sense. This gives the club a long-term solution for the position of striker. Isak is a very talented player.

‘We needed someone behind [Pierre-Emerick] Aubameyang following Adrian Ramos’ departure. It is completely logical for BVB to bring in a youngster for that role.’

Although Isak did not quite make the grade at Dortmund, he has thrived in La Liga with Sociedad and scored 17 goals last season, while he was named Star of the Match in Sweden’s win over Slovakia at Euro 2020 recently.

Sociedad are hoping to convince Isak to remain at the club this summer, though they are aware of the growing interest in the forward and have already informed his entourage that his buyout clause will need to be paid if he is to leave.

Chelsea are eager to sign a new goalscorer, with Timo Werner having struggled to convert chances in his maiden campaign, while they are also in the market for a new right wing-back and have been in talks with Inter to sign Achraf Hakimi, another former Dortmund player.