Chelsea’s first transfer window under new co-owner Todd Boehly saw the Blues spend £250million on eight players, and they could be set for another huge outlay in January. Thomas Tuchel’s side had been searching for a forward and found a short-term option in former Arsenal striker Pierre Emerick-Aubameyang, but will be on the lookout for more opportunities to bolster their options going forward.

AC Milan’s Rafael Leao had been mentioned as a potential signing this summer, but Chelsea turned their attention elsewhere and opted against a move on deadline day in favour of looking at the deal once again in the winter transfer window. The Portuguese forward has just two years left on his deal at the Italian club, and showed Chelsea exactly what they are missing with two goals in the Milan derby against his side’s fierce rivals on Saturday.

His performance against Inter will only further tempt the Chelsea hierarchy to look at a potential move in January, and they have learned Milan’s asking price for the 23-year-old. CBS have claimed that Milan have told Chelsea three times that they must pay Leao’s release clause if they want to take him to London.

The striker’s contract has a £130m release clause, meaning Chelsea will have to break their transfer record to sign the Portugal forward, and also the British transfer record spent by Manchester City last summer after signing Jack Grealish.

JUST IN: Moyes livid with ‘rotten’ call and disagrees with Tuchel after win 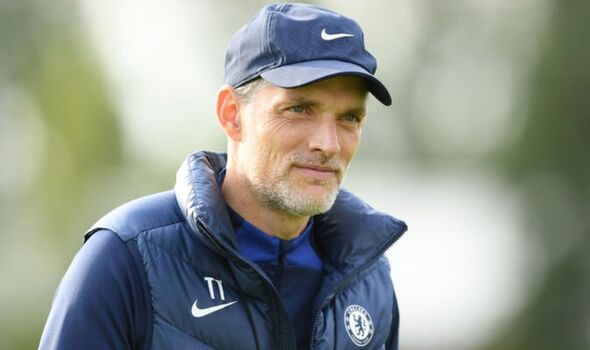 Milan boss Stefano Pioli has claimed that Leao will be offered a new contract, potentially to wade off interest from Chelsea, after his heroics against their city rivals. “These are not things that I can decide, but I believe the club wants to offer Leao a new deal soon,” Pioli said. “He is working at the best level. Rafa has beautiful attitudes, he knows that he has been gifted with talent. Then, for the contract, whoever has to do what he has to do.”

Chelsea might have hoped that their former striker Olivier Giroud could do them a favour and persuade Leao to join the Blues, however the Frenchman explained he was confident that Leao would remain a Milan player this season. “I was not worried about him,” Giroud said after the win over Inter. “I knew he would remain here.” 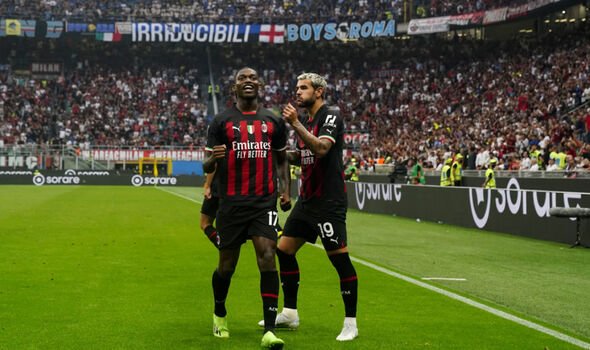 Instead of spending big once again this summer on Leao, Chelsea opted to bring 33-year-old Aubameyang back to London after five years at Arsenal.

The Gabonese striker missed the 2-1 win over West Ham on Saturday after suffering a broken jaw prior to the move when his house was robbed, but could make his debut for the club soon. “We try with a mask,” Tuchel said.

“It depends a little bit on what the specialists say who create the mask for him. Then how he adapts to the mask so maybe it could be Tuesday [in the Champions League against Dinamo Zagreb], although maybe this is very soon. So maybe it’s Fulham, maybe it is a week later.”