Chelsea co-owner Todd Boehly has reportedly held a meeting with the agent of RB Salzburg star Benjamin Sesko. The Slovenian international is also believed to have admirers at Manchester United and wowed onlookers with a scintillating performance against Liverpool in a recent pre-season clash.

United are thought to hold Sesko on a list of attacking targets with new boss Erik ten Hag waiting to see how Cristiano Ronaldo’s situation plays out. The Portuguese has reportedly asked to leave Old Trafford after the Red Devils failed to qualify for the Champions League last term.

Despite Sesko’s obvious talent, United are yet to bite at his alleged £55million price tag despite scoring the winner against Liverpool in a pre-season friendly last week. Chelsea could look to pounce on their hesitancy by swooping in for the 19-year-old, whose agent offered hope to interested parties on Sunday.

According to Sport Klub, Boehly and Elvis Basanovic, the player’s representative, met face-to-face at the weekend to discuss Sesko. Basanovic also posted a picture to Facebook of him boarding a private jet, captioned: “Let’s do some business… [fingers crossed emoji].” 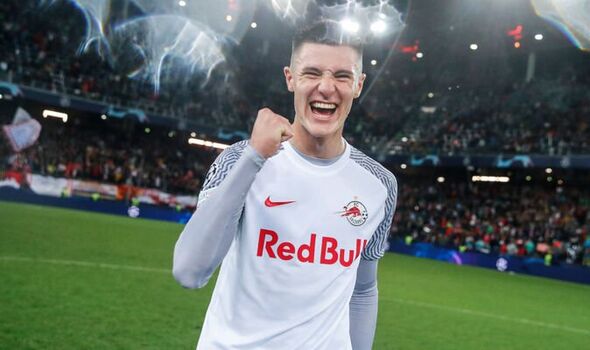 Salzburg have set a high price for the starlet due to their preference to cash in on him next summer. The 6ft 4in forward only scored five league goals last campaign but has come racing out of the blocks this time around with two in three games, and many feel as though this could be his breakthrough season.

His talent was on full display against the Reds last week, scoring the decisive goal after a slick one-two and bamboozling James Milner with an audacious skill move that got plenty of attention on social media. It remains to be seen whether Boehly’s meeting with Basanovic will prompt the Blues to submit a concrete offer over the coming weeks.

Chelsea could be in need of attacking reinforcements with Romelu Lukaku returning to Inter Milan on loan and Timo Werner linked elsewhere. Manager Thomas Tuchel has taken the first step towards rectifying the situation by blocking interest in young striker Armando Broja, who dazzled on loan at Southampton in 2021/22.

Express Sport understands that Real Madrid enquired about the 20-year-old but, after a £30m bid from West Ham was rejected last month, Chelsea won’t sell to anyone barring a major twist. He and Sesko could form an intriguing partnership if Boehly is happy to shell out for the Slovenian, with both players exhibiting huge potential.

But Tuchel is not happy with the current situation and delivered a clear plea for more signings after being thrashed by Arsenal in pre-season. 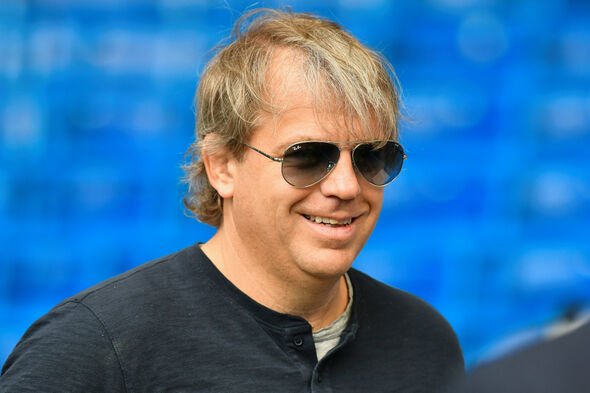