Chelsea have joined the race for Spanish Under-19 international Nico Melamed, according to reports. The Espanyol midfielder is highly-rated and already attracting attention from several European giants ahead of the 2020/21 campaign.

Melamed has risen up through the youth system at Espanyol, making his debut for the senior squad at the start of the 2019/20 season.

The 19-year-old went on to make a total of seven appearances for the first team – six in La Liga and another in Europa League qualifying – while the attacking midfielder also scored seven goals in 27 outings for Espanyol’s B side.

Those displays, coupled with his breakthrough into the Spanish Under-19 squad, has seen clubs around Europe sit up and take notice.

Chelsea are the latest outfit to have been credited with interest in Melamed, while Bayern Munich, Real Madrid and Barcelona are also thought to be monitoring the youngster. 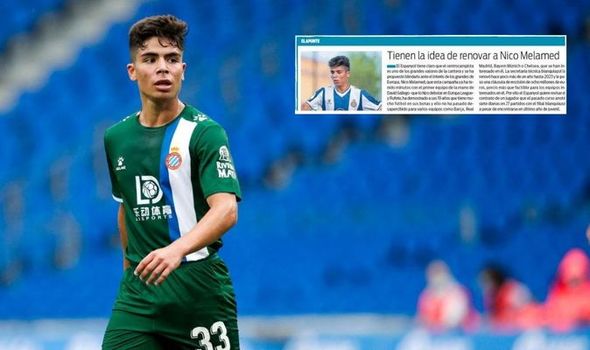 According to Sport, Espanyol see Melamed as part of their long-term plans and agreed a contract extension with the player in April last year.

That means Melamed is tied down to the club until 2023, although his deal includes a modest £7.2million (€8m) release clause.

Espanyol supposedly plan to offer Melamed an improved deal in just over a year’s time, but the recently-relegated Catalan club run the risk of losing their future star for cheap this summer.

The latest report from Spain suggests this release clause is more than feasible for Chelsea and the other clubs touted with interest.

Espanyol are keen to shield Melamed from transfer speculation and ensure his head is not turned, but that will prove difficult with such household names keeping tabs on his situation,

The Spanish prospect has the versatility to play in several positions, having operated out wide and as a central midfielder in addition to an advanced No 10 role.

And this flexibility will be attractive to Frank Lampard and the Chelsea hierarchy who are looking to remodel the Blues squad this summer.

Willian and Pedro have both departed on a free transfer while the west London club have already welcomed Hakim Ziyech and Timo Werner to Stamford Bridge. 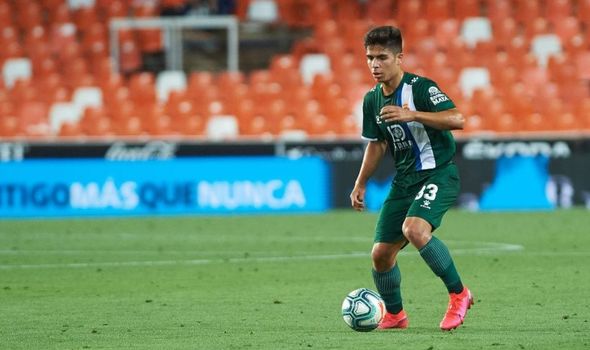 Kai Havertz is next on the transfer wishlist and the Blues are also pursuing Ben Chilwell as they look to bolster their defence.

Further reinforcements in the form of a new goalkeeper and centre-back are desired while several players such as Michy Batshuayi, Tiemoue Bakayoko, Emerson Palmieri and Kepa Arrizabalaga are expected to depart.

With Havertz set to arrive, Chelsea do not specifically need another attacking option but Lampard is not likely to turn down the opportunity to sign a player of Melamed’s potential for a minimum fee.