Chelsea are leading the race to sign Ajax teenager Amourricho van Axel Dongen, it’s been claimed. The 15-year-old has been scouted by the likes of Manchester United and their rivals Manchester City too.

The Blues have already had an extravagant summer of spending, bringing six new signings to the club.

Around £135million has been spent on Hakim Ziyech, Timo Werner and Ben Chilwell while Thiago Silva, Malang Sarr and Xavier Buyamaba have joined for free.

Chelsea want to ensure they can compete with Liverpool and City next season for the Premier League title.

JUST IN: Premier League done deals: Every confirmed transfer in the window 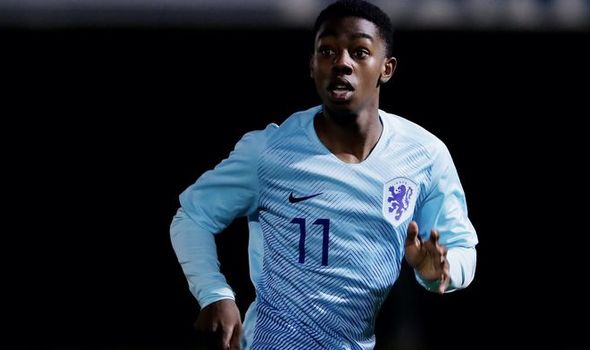 They’re also looking to add a goalkeeper and another defender, with Lampard keen to mount a serious title challenge.

But according to the Telegraph, Chelsea are also after forward Van Axel Dongen, who turns 16 next month.

The report states that Van Axel Dongen has also been watched by United and City, and they’re impressed with him too.

Chelsea, however, stand the best chance of landing the youngster’s signature.

The Blues are said to be really keen on bringing Van Axel Dongen to their famed academy in Cobham.

The winger has been playing for Ajax’s Under-18 side this season and has even impressed their own scouts.

Chelsea already have a solid relationship with Ajax, having signed Ziyech for £37m earlier this year. 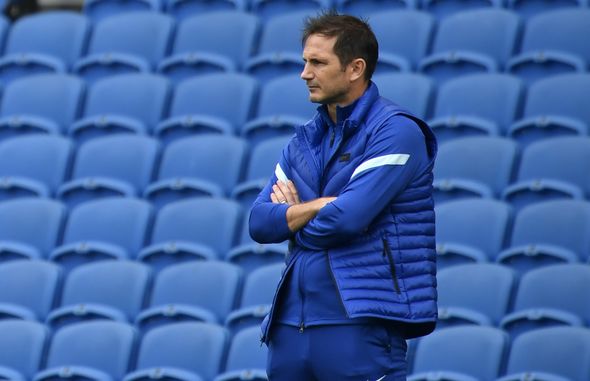 Lampard, who wants a new goalkeeper, has Ajax’s Andre Onana on his shortlist to replace Kepa Arrizabalaga.

Lampard has said of his defensive signings so far that he’s looking for more leadership, especially from Silva.

“We have a relatively young squad, we saw that last year, there were games afterwards when I was probably asking for more voice and some more leadership in different ways and Silva brings that naturally straightaway.

“On those levels I hope he brings that.

“I am pretty sure he will with the qualities we know he has, so I am excited for when he joins up.”

Michael Jordan, Denny Hamlin form new NASCAR team, hire Bubba Wallace as driver
Recent Posts
This website uses cookies to improve your user experience and to provide you with advertisements that are relevant to your interests. By continuing to browse the site you are agreeing to our use of cookies.Ok