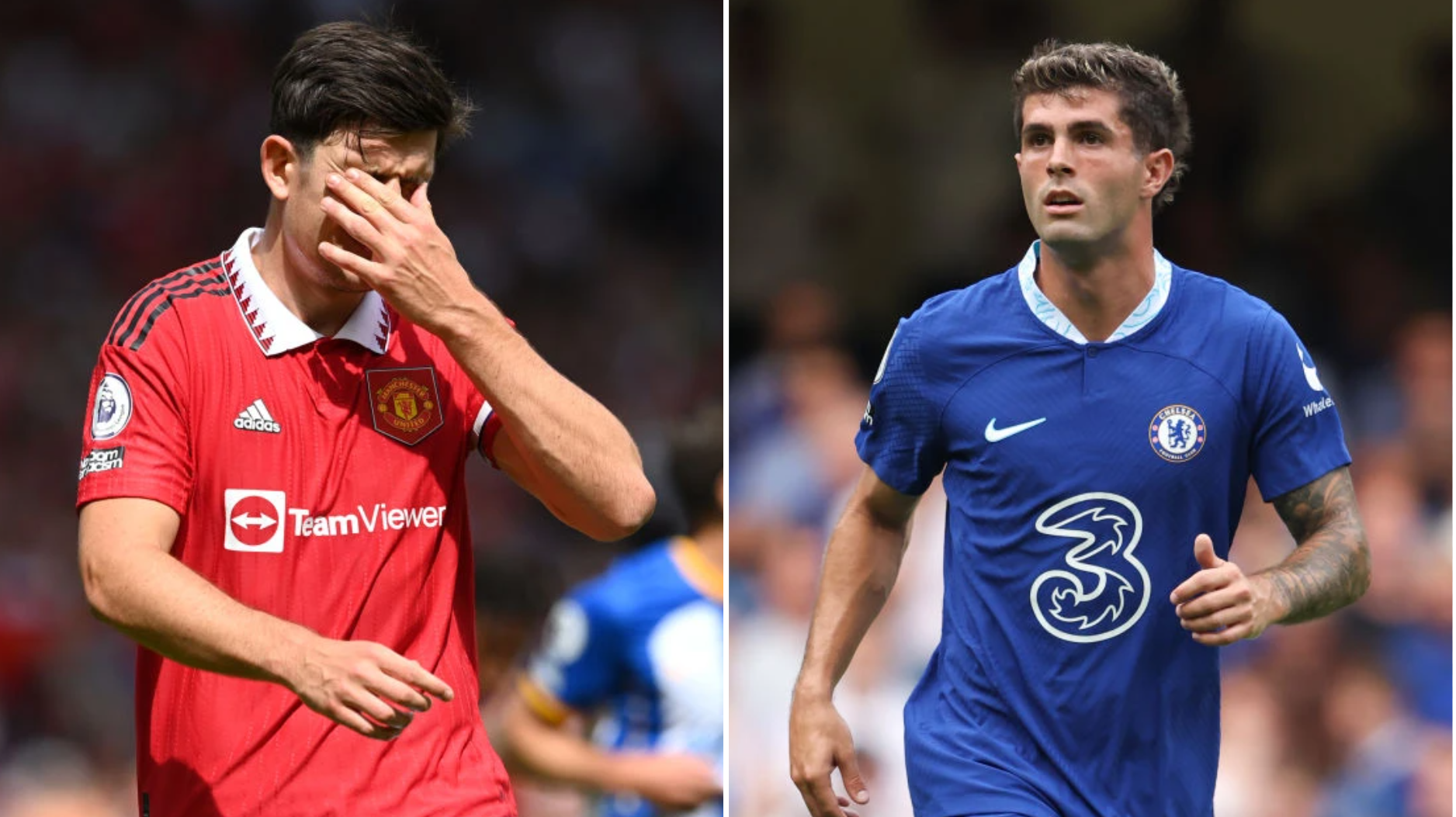 Chelsea are interested in signing Manchester United captain Harry Maguire in a deal that could see Christian Pulisic move in the other direction.

Maguire endured a woeful 2021-22 campaign and while he has retained the captaincy under new manager Erik ten Hag, he is fighting to keep his place in the starting XI ahead of the visit of Liverpool on Monday.

After losing Antonio Rudiger and Andreas Christensen this summer, Chelsea have been rebuilding their backline this summer having brought in Kalidou Kouliably to bolster their options.

The Blues have seen two offers for Leicester City Wesley Fofana rejected and despite the Frenchman being ready to move to London, Leicester are determined to keep hold of him.

While Fofana is still their priority, Chelsea have now enquired into a move for Maguire, according to The Daily Mail.

Maguire has started both of United’s matches this season with the club conceding six and scoring just once against Brighton and Brentford, leaving them at the bottom of the Premier League.

Ten Hag is understood to be giving serious thought to dropping his skipper for the visit of Jurgen Klopp’s side on Monday with Raphael Varane pushing for a return.

Should he lose his place, the prospect of playing a peripheral role at United just months before England’s World Cup campaign in Qatar is likely to ‘concern’ Maguire, according to the report.

Chelsea’s enquiry was raised while United approached the club over a move for their USA international Pulisic.

The former Borussia Dortmund star is eager to leave Stamford Bridge in pursuit of greater first-team opportunities and is keen to make the move to Old Trafford.

Chelsea however are thought to have concerns over allowing one of their players to join a direct rival.

Elsewhere, United have confirmed a huge piece of business having agreed a deal to sign Casemiro from Real Madrid.

A statement released on Friday announced the 30-year-old will join ten Hag’s side subject to a work permit and a medical. Real Madrid meanwhile have announced plans for a farewell ceremony for the Brazilian, which will take place in the Spanish capital on Monday.