Cast your mind back to February 2006 when Chelsea hosted Liverpool at Stamford Bridge in the Premier League – do you remember that mascot who hilariously pranked Steven Gerrard in the tunnel prior to kick-off?

Well now almost 15 years on from that prank, and he has officially signed for Jamie O’Hara’s Billericay Town after initially trialing out at the club.

Jake Nickless, now 20, was only five years of age when he cheekily decided to get one over then Liverpool skipper Gerrard in the Stamford Bridge tunnel. 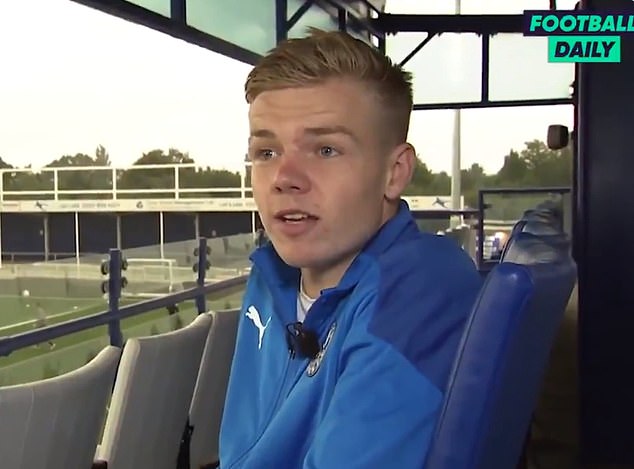 After calling out Gerrard’s name and asking the England international for a handshake, Nickless – who had his hair dyed blue – immediately pulled his hand away to everyone’s amusement.

But now that youngster, who saw his actions become a viral hit, is now starting his own career within football at National League South side Billericay Town.

And after a successful trial at Billericay, Nickless reflected on the hilarious moment 14 years ago.

‘It comes around every year,’ Nickless told Sky Sports News. ‘I can’t really remember too much about it, my dad put me up to it and when I saw Gerrard in the tunnel it was just instinct.

‘When Chelsea play Liverpool it appears on the big screen. I look a lot different to what I was at five, I had blue hair as well so I don’t really get stopped too much. 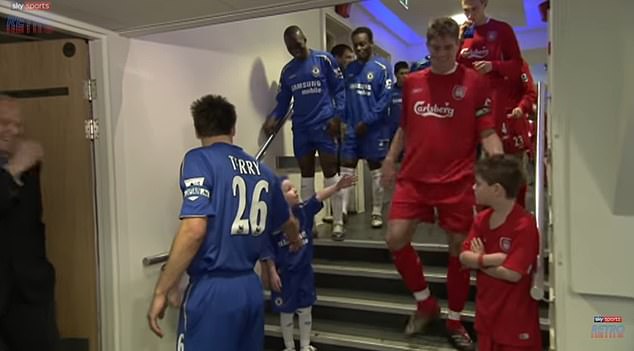 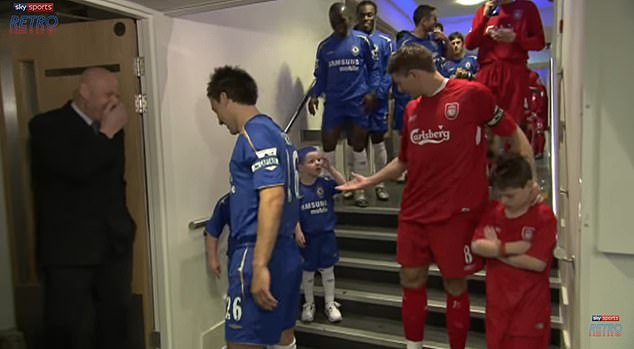 ‘My friends tagged me this year on a Twitter page and that’s when people realised it was me.’

Billericay boss O’Hara – formerly of Tottenham, Wolves, Fulham and Co – is now overseeing the latest stage of development at the Essex club.

And O’Hara – whose assistant is former West Ham, Liverpool and Leicester defender Paul Konchesky – is currently promoting players from the Under 23s, and Nickless was one of those to get the call-up.

Nickless attended the Under 23s trial day and the former Chelsea academy player stood out to O’Hara after netting twice as a trialist against Barking last Saturday. 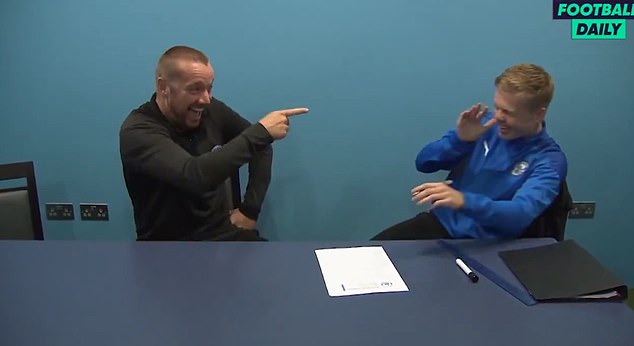 And O’Hara has also reflected back to the Stamford Bridge tunnel prank after getting him to sign for Billericay.

O’Hara told Sky Sports: ‘It’s mad to think he was so small, it feels like yesterday. I remember laughing myself at it.

‘I put it on our group chat and said boys get on this! That lad on trial with us, that’s him. They were having a giggle about it.’

‘They all remember it as an iconic moment in the Premier League but I don’t think Gerrard will be coming down to watch us that’s for sure!’

Liverpool ‘to be awarded Premier League’ with plan that could see ‘no teams relegated’: report

Sportsmail preview every team ahead of new Premier League season