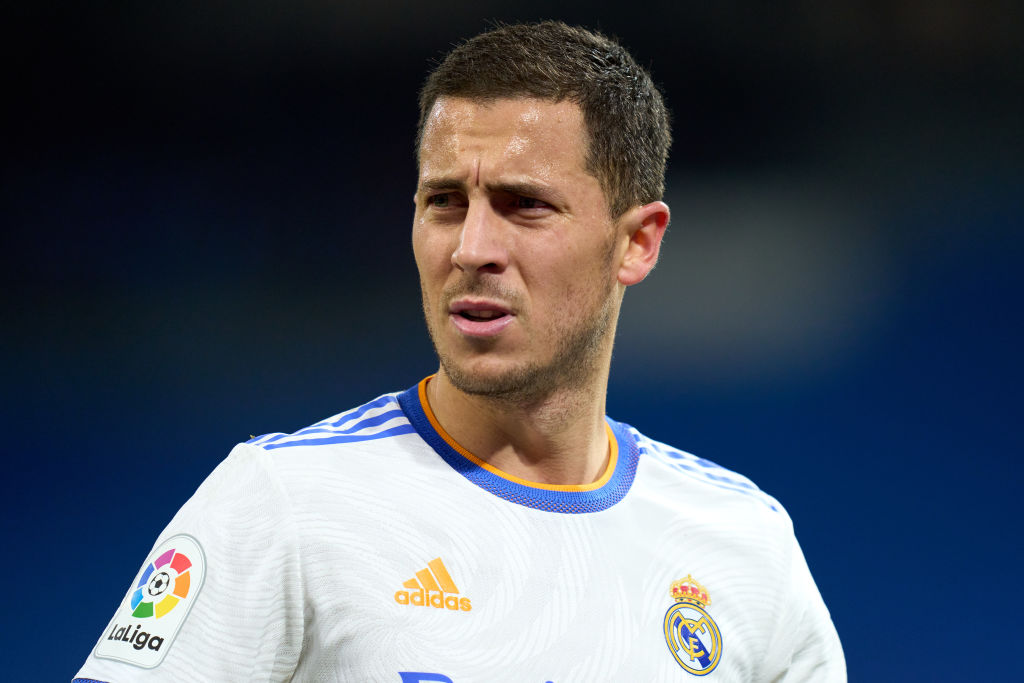 Real Madrid have put the likes of Chelsea and Newcastle United on high alert after deciding to allow Eden Hazard to leave the club on loan this summer.

The Belgian moved to the Bernabeu in 2019 for a fee of around £90million but his three years in the Spanish capital have been plagued with injury.

The Chelsea legend has made just 65 appearances for the La Liga giants in his three seasons at the club, scoring just six times.

Hazard was ruled out this week for the large majority of the remainder of the season as he requires surgery on his ankle.

The 31-year-old is one of Madrid’s highest earners on around £15m-a-year and Marca claim the club have decided to send Hazard on loan next season, with the hope that his new side will pay at least half of his wages.

Given his injuries in the last three seasons, Madrid feel it is unrealistic for anyone to buy Hazard this summer and they therefore feel a season on loan will boost his profile and hopefully prove he can fitness away from the Bernabeu.

With the World Cup in December, Hazard is similarly keen to get back to his best and Madrid’s decision will surely interest the likes of Chelsea and Newcastle.

Hazard spent seven years at Stamford Bridge and is a legend at the club, having netted 110 times in 352 games.

Chelsea are well stocked in wide areas but the prospect of seeing Hazard back in a blue shirt would tug on the heartstrings of supporters, who have had little to cheer about in recent weeks.

Newcastle are another reported interested party, with the newly-rich Magpies keen to make a statement signing this summer.

Eddie Howe’s side plenty of cash to spend since the club’s takeover by a Saudi Arabian consortium and Hazard would be the first name on the teamsheet at St James’ Park.

Hazard is out of contract in 2024, meaning he will have just 12 months remaining on his deal should he spend the season on loan at another club next season.