Chelsea have reminded Callum Hudson-Odoi and Fikayo Tomori of their responsibilities after the pair broke coronavirus rules last month.

The Chelsea academy graduates went on a night out in central London in late October, when Covid restrictions prevented members of separate households from meeting indoors.

Both Hudson-Odoi and Tomori have apologised to Chelsea for the breach. They are believed to have told the club they misunderstood the regulations that were in place at the time.

It is the second time Hudson-Odoi has breached coronavirus rules, having previously been spoken to by Chelsea head coach Frank Lampard for inviting a woman to his apartment during the first lockdown in May.

The 20-year-old was one of the first known players in English football to contract coronavirus, after testing positive in March.

Hudson-Odoi’s game-time at Stamford Bridge has been restricted following the arrivals of Kai Havertz, Hakim Ziyech and Timo Werner, with the England international starting just four of Chelsea’s 13 games in all competitions this season. 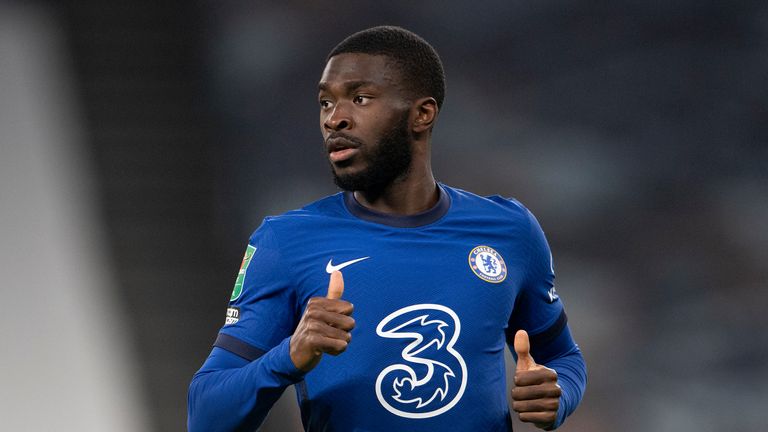 Tomori has featured even less frequently than Hudson-Odoi, with his only starts this season coming in Chelsea’s two Carabao Cup fixtures.

The 22-year-old defender turned down a Deadline Day loan move to London rivals West Ham, while proposed temporary switches to Everton and Ligue 1 side Rennes also failed to materialise in the summer.

Hudson-Odoi was also a target in the summer window, with Bayern Munich once again bidding to sign the winger.

However, Chelsea rejected the German and European champion’s advances, with Lampard insisting he wanted to keep him.

Chelsea continued their improvement with a fourth straight win as they fought back from a goal down to beat struggling Sheffield United 4-1 at Stamford Bridge on Sunday.

The hosts conceded for the first time in five games through David McGoldrick’s clever flick from a Sander Berge strike (9), but Tammy Abraham levelled as his weak effort into the ground beat Aaron Ramsdale (23).

Chelsea completed the turnaround as Ben Chilwell bundled home Ziyech’s deep cross at the far post (34), though both Ramsdale and Max Lowe should have done more to keep the defender out.

Man-of-the-match Ziyech assisted Chelsea’s third as Thiago Silva nodded in ahead of Ramsdale from a free-kick (77), before Timo Werner got in on the act, smashing home as the ball broke into his path (80).

Following Sunday’s action, Chelsea are fifth in the Premier League, three points behind leaders Leicester, while Sheffield United remain bottom having taken just one point from a possible 33 since beating Chelsea 3-0 on July 11.

Sadio Mane’s heartfelt tribute to Papa Bouba Diop in Liverpool’s win over Ajax
Recent Posts
This website uses cookies to improve your user experience and to provide you with advertisements that are relevant to your interests. By continuing to browse the site you are agreeing to our use of cookies.Ok