Mason Mount has fast-tracked his way to legendary status at Chelsea after helping the club win their second Champions League but things could have been very different for the attacking midfielder. That’s because it’s claimed the Blues received a host of offers for their academy product last summer, although Chelsea were very clear that he was central to their plans and therefore not available at any cost.

Mount was handed his senior breakthrough at Chelsea by former boss Frank Lampard following an impressive loan spell with Derby.

The England international was arguably Chelsea’s player of the season as the Blues secured a top-four finish to qualify for the Champions League.

Yet that didn’t stop clubs from taking an interest in Mount as Chelsea spent big on the likes of Hakim Ziyech, Kai Havertz and Timo Werner respectively.

Transfer expert Fabrizio Romano claims the Blues rejected a host of offers for Mount, a decision they did not live to regret. 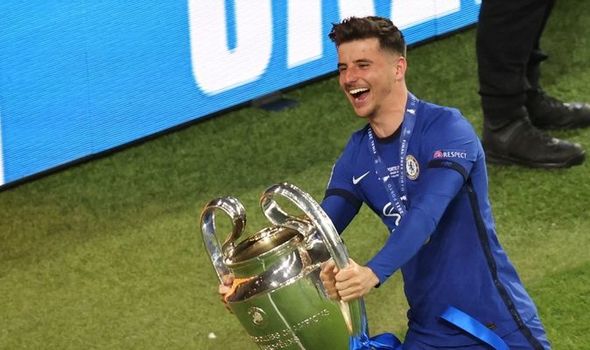 He tweeted: “Mason Mount, one of the best midfielders in Europe. Chelsea refused proposals to sell or loan him out last summer – he’s considered ‘untouchable’.”

There were doubts Mount would keep his place in the side following the sacking of Lampard in January.

The 22-year-old was then dropped by Thomas Tuchel for his first match in charge against Wolves, a decision that did not go down too well with supporters.

But Mount has been at the heart of Tuchel’s Chelsea revolution, playing an influential role en route to Champions League glory.

He set up the crucial winner with a defence-splitting pass to Havertz in Porto on Saturday night, an assist that will go down in the Chelsea history books.

Mount is now set to play a key role for England at the Euros and is highly likely to start for Gareth Southgate’s side.

The playmaker was lost for words after helping his boyhood club win the biggest prize of all in Porto, as his wildest dreams came true at the Estadio do Dragao.

“I can’t put it into words. It’s impossible,” Mount told BT Sport. “I just mentioned then that I’ve played in two finals for Chelsea and we lost them both. The way that hurt, it’s all I’ve dreamt winning a trophy with Chelsea. 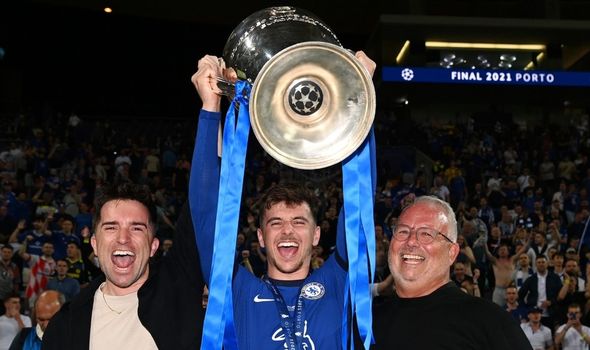 “To go all the way in the Champions League, we played some tough teams. We are in a final and we won it. It’s such a special occasion.

“At this moment in time, we’re the best team in the world. You can’t take that away from us.”

Mount is already tied down to a long-term contract until 2024 but Chelsea could reopen talks to reward him for his sublime form in the near future.

He is deemed a future captain at Stamford Bridge, where he has already worn the armband on several occasions.