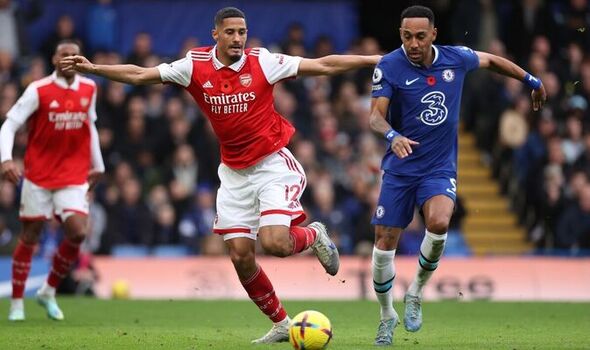 Chelsea’s match with Arsenal was suspended after fans began waving frantically for medical attention midway through the second half. The referee was made aware of the situation swiftly with both sets of players coming off the pitch to the sidelines.

TV cameras did not pan on the incident in the crowd, but the game was suspended for a couple minutes after the medical services got to the scene quickly.

And there was a huge round of applause in the Matthew Harding stand when the person involved was able to walk away.

Medics and stewards are said to have helped the person out of their seat before the game got back underway.

It was reported at the start of the season that the Premier League were calling for games not to be stopped for medical emergencies in the crowd.

There were multiple incidents last season which saw matches halted due to medical emergencies in the crowd.

Last October saw Newcastle’s match with Tottenham stopped for 20 minutes while a fan was stabilised and taken to hospital.

The Premier League said: “Clubs have been advised not to stop games for a medical emergency in the stands unless absolutely necessary.”

What time is the FA Cup draw? Second round fixtures set to be decided