Chelsea may have to face Bayern Munich behind closed doors at the Allianz Arena next week as Coronavirus continues to disrupt the sporting calendar. The Champions League last-16 tie is reportedly at risk of falling victim to the spreading epidemic, with UEFA having already decided to play a number of European ties in empty stadiums.

All sport in Italy has been suspended until April 3 as Coronavirus continues to spread worldwide, while two Champions League matches this week will be played behind closed doors.

Valencia’s meeting with Atalanta at the Mestalla and Borussia Dortmund’s clash with Paris Saint-Germain at Parc des Princes will not be watched by any supporters after UEFA’s latest ruling.

And now Bild expects fans to be banned from the Allianz Arena as the Blues look to overturn a 3-0 deficit from the first leg.

The German publication’s Head of Football Christian Falk revealed that Bayern’s upcoming Champions League tie is likely to be without fans, while the same restrictions will also apply when the Bavarian side host Eintracht Frankfurt on April 22.

JUST IN: Premier League has no choice but to ban fans from matches to contain coronavirus outbreak 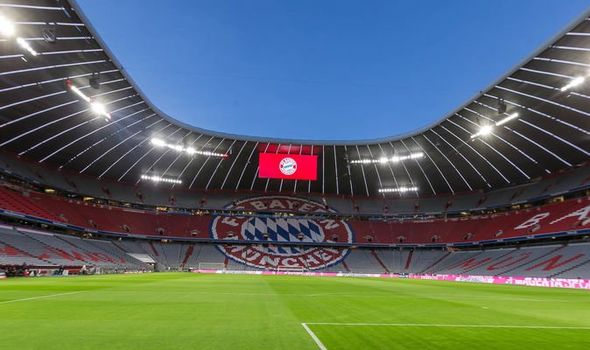 Chelsea have a mountain to climb in order to stay in the competition, regardless of whether they will be supported by Blues fans in Germany.

Two goals from Serge Gnabry and another from Robert Lewandowski secured a dominant win and Stamford Bridge and put the Bundesliga side in complete control of the tie.

Lewandowski has been ruled out of the return leg after picking up a knee injury, but Chelsea still have a tough job on their hands to fight back against the German champions – made even harder by the potential lack of support.

“We’re doing everything that we can with our ears open as things change.”

Meanwhile, Europa League fixtures have also been affected by coronavirus with Wolves’ trip to Olympiakos set to be played behind closed doors after the Greek government announced that all professional sports events over the next two weeks will be without spectators.

Sevilla’s meeting with Roma will also have no fans present while UEFA has joined the Premier League in banning pre-match handshakes.

Other matches this week including RB Leipzig vs Tottenham and Liverpool vs Atletico Madrid are scheduled to go ahead with supporters in both home stadiums, however. 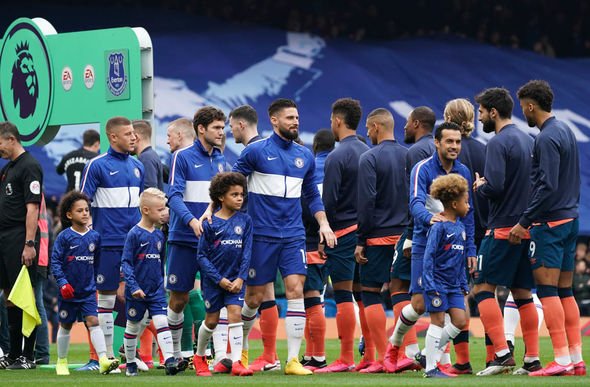 Manchester City host Real Madrid at the Etihad Stadium next Tuesday (8pm) and Los Blancos boss Zinedine Zidane has admitted teams and supporters must follow the advice of establishment figures.

“There are a lot of people telling us what we need to do and we place our trust in those who know about it. That’s all I can say on it,” Zidane said.

“The instructions are things that you too can tell your son, like how to wash your hands. It’s pretty negative, there’s no denying that.

“Unfortunately it’s a virus that’s around at the moment, people are scared of it, we don’t know exactly what’s going on and that’s why it’s important to have information from the doctors and people in the know.

“Knowing that at some point we won’t play a game isn’t good because we’ll have prepared for it. We’re seeing it in France and Italy and it could happen in Spain.

“We have to do what we’re being told.”

Cristiano Ronaldo caught the eye when he jokingly high-fived imaginary fans ahead of Juventus’ clash with Inter Milan on Sunday, while he also applauded the empty seats during the 2-0 win.

Six Nations organisers have suspended two final round fixtures until October while the Indian Wells tennis tournament has been cancelled.