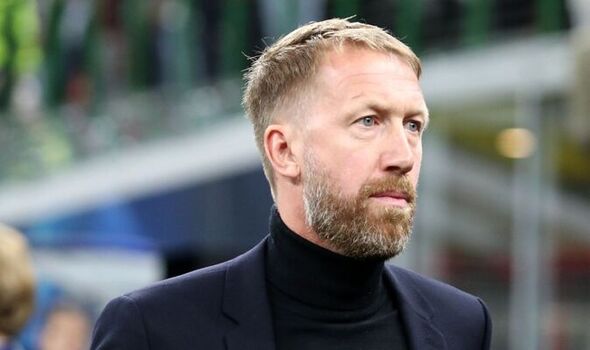 Chelsea want to secure the signature of Christopher Nkunku in writing before the World Cup to avoid any possibility of a late hijack, according to reports in Germany. The Blues are believed to be close to sealing the signing of the highly-rated RB Leipzig attacker, who has already undergone a discreet medical with Chelsea in Frankfurt ahead of a potential transfer that would be completed in the summer of 2023.

Chelsea have moved quickly to try and tie up any loose ends regarding the deal with some outlets already claiming that Nkunku has signed a pre-contract agreement.

However, BILD in Germany claim the France international is still yet to sign a long-term contract at Stamford Bridge, therefore Chelsea are eager to complete all the final remaining formalities before the World Cup gets underway.

Nkunku is a shoo-in for Didier Deschamps’ Les Blues squad as the 2018 world champions look to defend their trophy in Qatar. He could even be in line to start following impressive form at club level.

A fee is also yet to have been agreed between Chelsea and RB Leipzig, however, the Blues are believed to be ready to trigger the player’s £52million release clause.

The 24-year-old won the Bundesliga Player of the Year award last season following a breathtaking individual campaign that saw him score 35 goals and register 20 assists in all competitions.

A whole host of Premier League clubs, including Manchester City and Manchester United, have also been tracking Nkunku’s developments which is why Chelsea have wasted no time at all in trying to close a deal.

Nkunku would technically be the first signing of the Graham Potter era, even though he would not become a Chelsea player until the 2023/24 season.

The Chelsea head coach refused to be drawn on questions regarding Nkunku when recently quizzed on the club’s pursuit of the attacker.

He told reporters: “We can spend all day asking these questions, but I’m not going to speak about anyone else. All the while they are not our players, I don’t speak about them.”

Chelsea were the biggest spenders in the Premier League this summer, splashing a whopping £278.4m on a number of high-profile new arrivals.

Thomas Tuchel was the mastermind behind their recruitment drive before he was later dismissed just a matter of days after the transfer window closed.

Now Potter is keen to put his own stamp on his squad as he continues to assess the players he has at hand at Stamford Bridge.

The former Brighton tactician has been keen to rotate his starting XI since replacing Tuchel, offering all of his stars a clean slate in west London.

Nkunku’s Leipzig team-mate Andre Silva has declared his attacking colleague has refused to be drawn on links to Chelsea, stating he has not let it impact his form in Germany.

“Chris is not a team-mate who talks so much,” Portuguese international Silva said. “I think he puts all the work on the pitch during games or in training and he is able to do things that come naturally and make it look easy. Chris is doing good and we hope he continues doing that.”

Five Chelsea deals that could happen on transfer deadline day